If Netflix manages to produce emotion-laden stories like Roma (2018) and Tigertail  (2020) , it's interesting to imagine what it would be like when the service presents a lighter romance comedy story.

Love Wedding Repeat is Netflix's answerto that. This Netflix original romance comedy dramahas been available on the streaming servicesince April 10, 2020.

Dean Craig is the director and script writer for this film. The inspiration for the story itself comes from a French romance comedy film called Plan de Table (2012) .

Synopsis
Jack, an engineer from England, should be happy on the wedding day of his younger brother, Hayley. However, it's hard to feel that way when things go wrong. At Hayley's wedding, Jack reunites with Amanda, his former lover who still holds a grudge against Jack. Not only that, one of Hayley's friends, Dina, an American journalist whom Jack had a crush on, was also at the party.

The problem is further complicated by the arrival of an uninvited figure from Hayley's past who can mess things up. Jack is also placed in a difficult position that requires him to solve his personal problems while ensuring that nothing can spoil Hayley's happy day.

Review
Before watching Love Wedding Repeat , I was already interested in the trailer for this film for several reasons.

First, so far, I've never been completely disappointed in an original Netflix production before. Not only Netflix, the on-demand film production model in general provides an overview of the prospects for a more ideal film industry system, where filmmakers can more freely explore their creativity.

Second, I caught the big concept that Love Wedding Repeat is trying to offer . On paper, this recipe looks like the perfect concoction for a romance comedy film. In addition, the wedding moment has proven to be a rich story material to be processed for films of this genre, as was successfully done by Four Weddings and a Funeral (1994) or My Big Fat Greek Wedding (2002) .

At the beginning, Love Wedding Repeat seemed to fill my imagination. This film centers on the figure of Jack, a man from England who is always beaten by bad luck, who has to face unexpected things on the wedding day of Hayley, his beloved sister. Set in a beautiful rural area in Italy and shrouded in sunlight, the color grading of this film is quite pleasing to the eye.

A mysterious narrator voiced by Penny Ryder then begins to tell about destiny and how an event can end with various possibilities. In the case of Hayley's wedding, the hands of fate referred to by Ryder are a group of Italian children who swap positions at the tables of the characters who are at the center of the story.

This would not be a problem if it weren't for Marc, an unwelcome guest who suddenly appeared at the party. Hayley, who doesn't want her old secret with Marc to be discovered, tries to give her sleeping pills and asks Jack to do it.

This film then shows alternative after alternative events that can occur if Marc's glass of sleeping pills is exchanged with other people at the same table, even including Jack himself!

The guests who sat at " The English Table " consisted of various characters who had problematic relationships with one another. Jack has to sit at the same table as Amanda, his grumpy ex, as well as Dina, a woman he has had a close relationship with in the past.

There were also Bryan, Rebecca, Chaz, Sidney, and Marc, each with their own characters which added to the excitement of the dynamics among the guests at the table.

I understand that romance comedy films are made to appear lightly. Many people like this genre precisely because its simple narrative is easy to enjoy. The world in this genre often seems more "cheerful" than everyday reality.

Unfortunately, Love Wedding Repeat is a comedy romance that squanders much of what it already has. The film doesn't really know how to make the best re-make version of the compelling premise of Plan de Table . The cast line of stars with good track records in the comedy genre is also unable to fix the gap in Love Wedding Repeat .

If summarized in one word, maybe the right word to describe this film is bland . Love Wedding Repeat may want to make us feel touched by a time game like About Time (2013) but in a lighter and more entertaining style. In the end, the film didn't get the two visions it wanted.

It is quite ironic because with the romance comedy genre that it carries, Love Wedding Repeat does not succeed in presenting many funny or sweet moments to the audience. Many of the scenes may have been designed to leave such an impression, but this film takes away too many of the opportunities.

As a comedy film, Love Wedding Repeat provides a large portion of the old comedy trick in the form of sexual jokes . Jokes like this are often a mainstay of Hollywood to reap the laughter of the audience.

Even so, the resulting effect did not work as Craig had hoped . The use that is quite a lot and repetitive feels tiring. At one point, several scenes finally stopped making me smile. If you're expecting a contemporary comedy style that's hilarious and high in sarcasm a la The Office series , don't expect to find it in Love Wedding Repeat .

As a romance, this film does not succeed in displaying the chemistry between the two characters. Don't get me wrong. Both Sam Claflin and Olivia Munn are two great actors who managed to give their best performances in Love Wedding Repeat .

However, the relationship between the two is displayed in a monotone and even formally. Neither the funny flirting nor the sweet moments of a romantic comedy can make us grin on our own. Seeing their chemistry in the film, I initially thought that Munn would just be Jack's side love interest .

The former fierce archetype is also not well integrated in the story. Despite his quality acting performance, Pinto , who has starred in emotional films such as Slumdog Millionaire (2008) , is like a miscast .

On the other hand, the spotlight thieves in Love Wedding Repeat are the supporting characters. Fry, Key, and Bea make every moment their characters act out into a golden moment. The first half of the film where the "maid" of honor becomes a character who loses consciousness is even more entertaining than the second alternative which is the final resolution.

To fill your spare time, Love Wedding Repeat is not a bad choice to take a break from your routine. Several scenes in the film are able to raise the mood of the audience . This film also has many elements of a romantic comedy that are quite entertaining, especially for fans of this genre.

However, Love Wedding Repeat is not significant enough to end up on the favorite list filled with legendary titles such as Notting Hill (1999), Love Actually (2003), or Four Weddings and a Funeral (1994) which he tries so hard to emulate.

Conclusion
Netflix tries to offer a lighthearted romance comedy drama through Love Wedding Repeat . Ironically, even though it carries the romance comedy genre, this film does not succeed in presenting truly entertaining jokes, nor sweet moments that make us touched.

Most of the jokes in this film are sexual jokes that aren't even funny and clever enough to cover up the fact that Love Wedding Repeat is repetitively exploiting this ancient comedy trick. As a romance film, this film loses the chemistry of the two main characters, making it difficult for us to care about the end of the relationship between Jack and Dina.

- Disneyland Reopening What To Expect Based On Whats Happening At Walt Disney World.

- There’s a new-ish Japanese trailer for Godzilla vs. Kong, and while it’s at times nearly identical to the domestic trailer we saw a few weeks ago 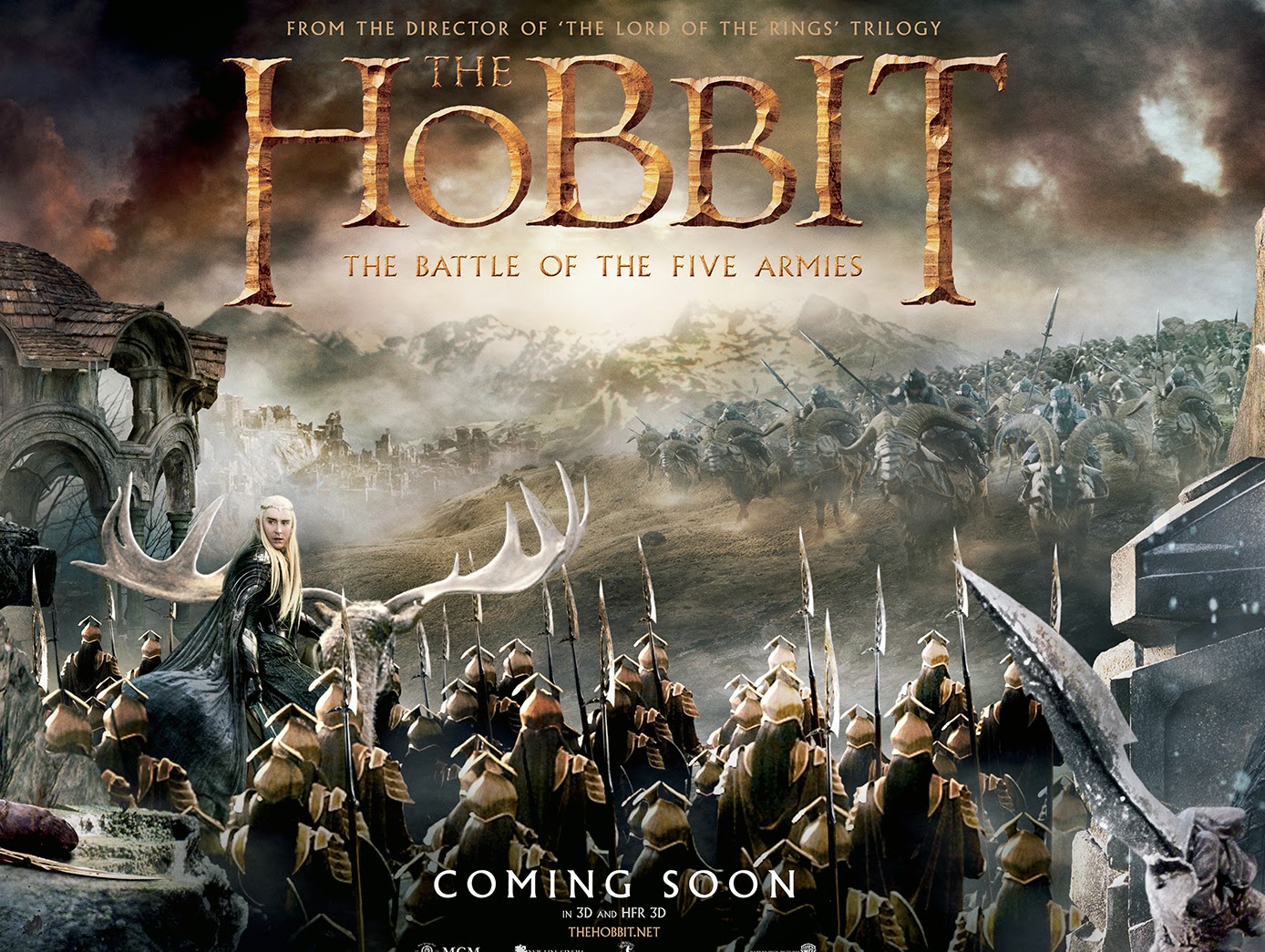 The Hobbits Review: The Battle of Five Armies - The End of the Middle Earth Story

- After a year, the third film from The Hobbit trilogy adapted from the novel of the same name by JRR