Humanity needs to ditch coal to save itself. It also needs to keep the lights on.


(CNN)On a quiet Sunday morning, an ear-splitting roar reverberated across the English village of Eggborough as four giant concrete cooling towers imploded and crashed to the ground, transformed to clouds of debris in a matter of seconds.

Just moments after their demolition, it became hard to imagine the structures were ever there, so out of place they were, jutting 90 meters into the sky among the green fields surrounding the River Aire.
The Eggborough power station is just one of 14 coal plants the United Kingdom has laid to rest over the past decade. In 2012, 40% of the UK's power came from coal. By 2020, it was below 2%. Last year, the country went for 67 days without using any coal for power at all.
Climate leaders at the COP26 talks in Glasgow, Scotland, will on Thursday intensify their efforts to put an end date on the use of coal, the biggest single contributor to the climate crisis.
At the G20 meeting in Rome over the weekend, leaders failed to specify how they would phase out coal. It will be a tough ask to convince developing countries to go further than the rich world.
The picture is fairly rosy in western Europe and even the United States, where it seems the fossil fuel is indeed on its last legs, save for some pockets of resistance.
Belgium, Austria and Sweden are among a growing number of European countries that no longer use coal to generate electricity. In the US, which technically has no coal phaseout plan, coal has wound down dramatically in favor of natural gas, which emits about half the carbon dioxide. A slow but steady increase in wind power is also helping put coal out of business.

Globally, proposed coal plants are rapidly being canceled. A report by climate think tank E3G found a 76% reduction in proposed coal power since the Paris Agreement was signed in 2015.
But the trend is distributed unevenly. Coal plants are still on rise throughout much of Asia, and while power generation from coal technically peaked in 2013, it has basically plateaued since then. The current global energy crisis, triggered by a quicker-than-expected economic rebound amid the pandemic, has even given it a bump. Coal prices last month were at an all-time high.
For every Belgium, Austria and Sweden there is a China, India, and Indonesia, where coal is still king. Consigning coal to history is a requirement to rein in rapid climate change, but it may not happen as quickly as Western climate leaders may like.

Yet Alok Sharma, the British lawmaker chairing COP26, is hopeful it can still happen.
The G20 did agree to stop financing international coal projects by the end of the year, he pointed out. China made a similar commitment in September, which removed the biggest source of international coal financing on the planet.
"This has effectively ended public finance for overseas coal projects," Sharma told CNN.
"To meet the goals of the Paris Agreement, all countries need to raise their ambition and act urgently to consign coal to history."
There has been some movement. The UK government will on Thursday announce that 18 new countries -- including big coal users like Poland and Vietnam -- have joined more than 40 others in a commitment to stop building new coal projects and to phase out the fossil fuel by 2030 for developed nations, and 2040 for the developing world.
Despite all this progress, a true global transition from coal will only happen when China decides.
China consumes more coal than the rest of the world combined
A coal power plant in Jiayuguan, Gansu province, China. Credit: Getty Images
It was in China that the world saw the first large-scale coal mine as we know them, some 3,000 years ago, and China is likely to be the country that seals coal's fate.
China now consumes more coal than the rest of the world combined. That's to keep the lights on for its 1.4 billion people, but also to make huge amounts of goods for export, and heavy-industry items -- steel, cement, chemicals -- used all around the world.
While China has pledged to stop financing coal projects abroad, it is still building coal plants and opening mines at a fast pace.
China has more than 1,200 major coal plants in operation, and has plans to build some 150 more, according to the Global Energy Monitor (GEM), which tracks fossil fuel infrastructure and financing around the world. In 2019 alone, China opened 102 mines, GEM data shows.
"The scale of what China has been building over the past two decades is extraordinary. It's now half of the world's coal power," GEM's program director for coal, Christine Shearer, told CNN.
"There's been a lot of progress in halting the increase in coal plant proposals and in stabilizing coal power demand globally, but it just needs to happen much, much faster, if we want to keep climate goals alive."
Stay informed on the climate
What is COP26?
These countries aren't doing enough
What does 'net zero' mean?
Carbon-sucking fans are a big risk
This invisible gas could seal our fate
The link between extreme weather and climate change
US vs. China: Who emits more?
Scientists say the world needs to halve greenhouse gas emissions this decade and reach net zero by mid-century to have any chance of containing global warming to a level that will avert catastrophe.
"To reach net-zero by 2050, you really need a zero-carbon power sector a decade earlier," Shearer said. "So the world shouldn't be using coal at all past 2040."
China's climate envoy Xie Zhenhua said in Glasgow on Tuesday that his country's goal was to strictly control coal consumption between now and 2025, and gradually reduce it until some point before 2030. Beijing also said recently that fossil fuels would make up just 20% of its energy mix by 2060, when it plans to be carbon neutral. Global climate leaders, including Sharma and US climate envoy John Kerry, have pressed China to move even faster and with more ambition.
China says it's doing its fair share, and as a developing nation shouldn't be expected to have the same targets as the developed world.
"Developed countries in the past 200 years, in the process of industrialization, have been emitting greenhouse gases into the atmosphere, and they have an unshirkable historical responsibility for global climate change," China's foreign ministry told CNN in a statement.
"China has always done what it says on responding to climate change. We will fully implement our commitments and will work hard to do better within our capabilities."

A global energy crunch with China at its center hasn't helped matters. Just a year ago, Beijing officials were asking provincial leaders to produce less coal, in part to help China meet its climate targets. But last month it ordered more than 70 mines in the province of Inner Mongolia to add 1 billion tons of coal to its output. Just a few weeks ago, it told every mine operator in the country to produce as much coal as they possibly can.
Looking at the activity in Inner Mongolia, it's hard to imagine China meeting even its current pledges. More than 300 coal plants and 100 mines are dotted all along this province, which stretches 1,500 miles all the way up to Russia, on shifting landscapes of grassland steppes, desert, forests and wetlands.
But the province also has huge renewables potential, some of which it is exploring.
In the sand dunes of the province's Kubuqi desert lies a giant solar farm the size of nearly 200 football fields, its panels carefully arranged so that if you peer at it from an airplane, they form the image of a galloping horse. Slowly, a re-greening project here is bringing plants, grass and agriculture back to this desert, once teeming with life that was lost from overuse of the land.
The solar farm in Inner Mongolia&#39;s Kubuqi Desert.
The solar farm in Inner Mongolia's Kubuqi Desert.
Li Danqing, a climate and energy campaigner with Greenpeace in Beijing, said that coal-mining provinces in China were no different to those in any other country that has struggled to wean off coal -- it has a lot to do with jobs. Some of the plants built in Inner Mongolia aren't even necessary to meet demand, she said.
"There's huge pressure to secure people's livelihoods in these coal-mining provinces. So this is one thing that still needs to be solved -- how to find new industries for them," Li told CNN.
"Renewables is a very good option because Inner Mongolia not only has very abundant coal reserves, but also its wind and solar resources are very abundant. So Inner Mongolia could really be a role model for these coal-mining provinces to lead to a more low-carbon economy."
At the COP26 conference, Sharma had hoped that the developing and emerging world, including big-coal users like China, India and Indonesia, would end their use of the fossil fuel by 2040. While an end date on coal in Asia is not in sight, there is some movement.
A coal mine in Xilinhot, Inner Mongolia, in 2019.
After an announcement that the US, UK and EU would help South Africa fund its coal transition, Indonesian Finance Minister Sri Mulyani Indrawati said her country was looking for a similar deal. Indonesia is the seventh biggest coal user in the world and relies on it heavily for power. It is also the world's biggest exporter of coal by volume.
The expectation is that developed countries, which have already industrialized and contributed the most to the climate crisis, would go first, by 2030.
But they're not all there yet.
Australia's lucrative coal business
An open-pit coal mine in the middle of Australia's Hunter Region.
Australia's delegation went to the COP26 talks in Glasgow with the weakest climate plans of all the G20's developed nations. It has no clear end date on coal and its government has said it plans to keep mining and exporting the fossil fuel well beyond 2030.
The country makes more money than any other nation from exporting coal from its roughly 100 mines, and it has the highest proportion of coal in its energy mix of all the developed G20 nations, at 54%, according to climate and energy think tank Ember.
As long as countries like China demand huge volumes of coal, Australia's government has made clear it will keep supplying them. Australia makes around $50 billion annually in coal exports and the industry directly employs around 50,000 Australians, government data shows.
The real perk for the Australian government is that all the coal it exports isn't counted in the country's official greenhouse gas emissions levels. UN rules say that a country's emissions are based on the fossil fuels they burn, not the ones they dig up and sell offshore.
"Our coal is the world's best. People want it. Countries need it. Self-interest will come first every time," says Joel Fitzgibbon, who has represented Australia's Hunter Region in the federal parliament since 1996.
Fitzgibbon is a member of the Australian opposition Labor Party, but he, too, believes that coal has a decades-long future in the country and can even continue to be mined and used without compromising a promise by Australia to reach net zero 2050 -- where the country would not emit any more greenhouse gas than it removes.
Tim Baxter, a senior researcher at the Australian Climate Council, which is independent of the government, dismissed Fitzgibbon's reckoning: "It's at odds with the advice of every serious authority on the topic, including the historically-conservative International Energy Agency (IEA), which stated in its Net 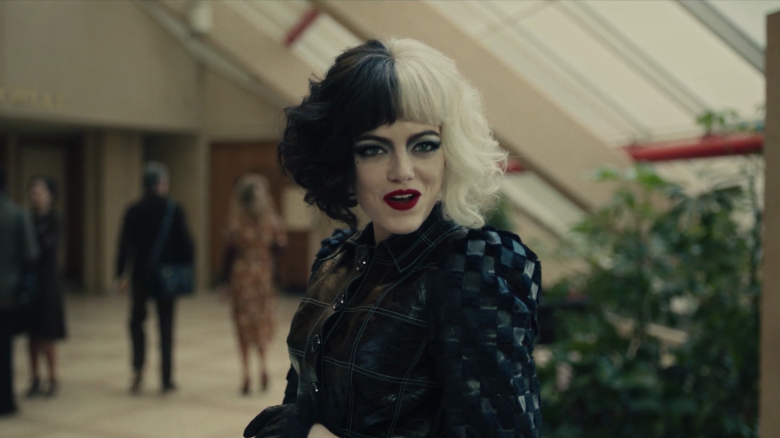 - Though its more innovative than other Disney live action remakes, Cruella still encounters a classic Disney pitfall when it comes to late parents