End of the novel? Finally, Novak Djokovic was informed that his visa was rejected and that he will leave Australia this Thursday .

Meanwhile, his lawyers are in the process of challenging the decision, a source familiar with the situation confirmed to The Age and the Sydney Morning Herald .

The decision comes after concerns were raised about the evidence supporting his exemption from the vaccine, as well as a potentially flawed visa application.

The Victorian government claimed it rejected an overnight application to sponsor the world's No. 1 visa hours before it landed in Melbourne.

The world's number one tennis player, Novak Djokovic, who has obtained a medical exemption to participate in the Australian Open, will have to justify that he cannot be vaccinated against covid-19, Australian Interior Minister Karen Andrews said.

Djokovic announced that he will defend his Australian Open title in Melbourne, between January 17 and 30, after receiving a medical exemption, as he is not vaccinated against COVID.

"Anyone who wants to enter Australia must comply with our strict border requirements," Andrews emphasized , recalling that those who have not received the full schedule of the covid-19 vaccine must demonstrate to the authorities that they cannot receive this drug for reasons to avoid 14-day quarantines.

But the minister did not clarify what will happen if Djokovic - whose medical reasons are unknown - does not comply with the requirements when passing customs, limiting himself to saying that "the quarantines of international travelers in Victoria, including people who have not been vaccinated, are Victorian Government affair. "

After the tennis player's announcement, the regional government of Victoria and Tennis Australia assured that they did not give special treatment to Djokovic, amid great unrest among the inhabitants of Melbourne, the city that accumulates more days under strict isolation during the pandemic, and from the rest of this country where tough measures were implemented to stop the pandemic.

The Australian Open, which in the last edition put tennis players under a two-week quarantine, is held in the midst of a crisis in the oceanic country due to the increase in infections, which passed from almost 212 thousand accumulated cases on December 1 , to more than half a million this week.

"Mr. Djokovic's visa has been canceled . Rules are rules, especially when it comes to our borders. No one is above these rules. Our strong border policies have been instrumental in Australia having one of the highest death rates. World's casualties due to COVID. We continue to be vigilant, "Australian Prime Minister Scott Morrison himself announced on social media.

Srdjan Djokovic, Novak's father, had reported that he was being held in one of the Melbourne Airport lounges, without access to his mobile phone and unable to contact any member of his team. Isolated and with two security guards outside the room, the Serb tried to prove the validity of his medical exemption.

Based on this, the Serbian Foreign Ministry would have summoned Daniel Emery, Australian Ambassador to Serbia, for a face-to-face interview to give explanations for the conditions in which Djokovic is being held at Melbourne Airport. "Our state demands that the world's first racket be released immediately, something that has also been requested by the Serbian Ambassador, who contacted the player and took all possible measures"

The last hours of Novak Djokovic were a constant roller coaster of situations and controversies that, for now, leave him with one foot outside the Australian Open.

From that photo published where he happily announced his participation in the first Grand Slam of the year until now, everything happened . The Australian government, along with other Victorian bodies, raised suspicions and concerns about the evidence supporting the world's # 1 vaccine exemption.

This supporting evidence reportedly dates from " a Covid-19 infection in the past six months, " but ultimately it was not enough to secure their entry into the country by the authorities. Because of this, the Australian Border Forces decided to interrogate the Serb in a room at Melbourne's Tullamarine Airport .

Likewise, the comments of the Minister of Internal Affairs of Australia , Karen Andrews, suggested that the Federal Government could revoke this exemption to enter the oceanic country. In this way, the participation of the nine-time Australian Open champion hangs by a thread and the non-approval of his visa complicates things.

In addition, another of the reasons that complicate the number one in the world comes from a member of his team who made a mistake when requesting a visa subclass that is not applied to those who receive said exemption.

All this caused Djokovic to remain trapped at the airport without knowing what the future holds. According to Telegraf, a Serbian media outlet, he is detained in a room, without his telephone, guarded by policemen and without the possibility of speaking with members of his team

Nothing will be that simple for the world's number one tennis player, Novak Djokovic, on his excursion to Australia. The arrival of the 34-year-old tennis player in Oceania generated such expectations that at the border he will have to justify why he cannot be vaccinated against COVID-19 and if he does not comply with the requirements, he could be returned to his place of origin.

"Anyone who wants to enter Australia must comply with our strict border requirements. We await your submission and the evidence you provide to support it. If that evidence is insufficient, you will not be treated differently from others and he will be on the next plane back home, ”Australian Prime Minister Scott Morrison said at a press conference after chairing a meeting of state leaders on how to cope with record levels of COVID-19 infections in the country.

Later, he specified that "there should be no special rules for Novak Djokovic at all."

The current world number one and defending champion at the Australian Open, announced that he had received a medical exemption that allowed him to play in the first Grand Slam tournament of the season that begins next Monday, January 17. 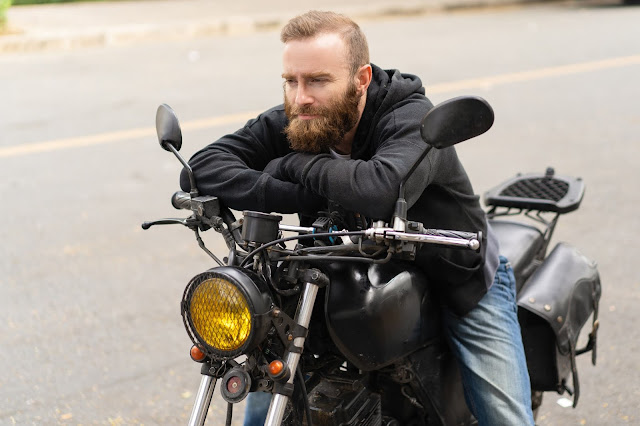 A Good Alternative to Motorcycle Jackets is Motorcycle Hoodies with Armor

- Here are some tips that will be helpful in choosing the best motorcycle jacket and whether you should consider buying a Kevlar hoodie motorcycle.