Fairness mania’ is fueling a dangerous drug dependence in India


message notification from a stranger. That was all it took for Soma Banik to be transported back to her teenage years, and for the memories of all the “horrific things” she went through to come flooding back.

The stranger in question was Janet James, who reached out to her one afternoon in June 2018. “I need your help,” James messaged Banik on the social networking platform Quora. She described how she had been using a cream containing the steroid Betamethasone for over two years to lighten her skin and was experiencing disturbing side-effects. “Whenever I stop using it, my face starts itching and small blisters arise,” she wrote.

James had stumbled upon Banik's skincare blog, in which she documents her own painful experience with topical steroid creams and had sent her an urgent plea for guidance.

Banik, who is now a 33-year-old state government employee from the suburbs of Kolkata, replied instantly. She gave James the advice she wished someone had given her: “Stop right away.”

/
Soma Banik documents her experience with topical steroid creams on her skincare blog.
Betamethasone is a potent topical corticosteroid medication habitually used to treat a wide range of skin conditions, including psoriasis and eczema, but one of the potential side effects is lightening of the skin.

Creams containing Betamethasone should only be used on the advice of a doctor and are typically acquired with a prescription. But in India, as CNN learned from doctors and users around the country, Betamethasone, and other corticosteroid creams, are regularly being misused as a skin lightening agent -- mostly by women.

In 2003, when Banik was just 14, a neighbor told her mother how much their child had “benefitted” from becoming “fair” by using a new cream. “Your daughter will also become fair,” they said.

Wanting Banik to have the best prospects in a country where lighter skin is seen as desirable and associated with success, Banik’s mother took her neighbor’s advice. “I was disappointed that it came in a tube so unappealingly medicated,” Banik recalls, “but it held the secrets toward my fairer future.”

School friends were the first to notice, commenting on Banik’s newly acquired “good looks,” but within two months of using the steroid cream, she started to feel a burning sensation whenever she was out in the sun. She says she accepted this as part of the process: no pain, no fairness.

But one morning, the teenager forgot to apply the cream and within hours, a zit appeared on her chin. Though it quickly settled on applying the cream, Banik’s face started itching all the time. She soon developed acne and then, a year after the zit appeared, hair began to grow all over her face.

/
Banik, 33, is now a state government employee living the suburbs of Kolkata. She started using a topical cream to lighten her skin when she was 14.
A drug dependent face
CNN spoke with multiple Indian dermatologists all of whom confirmed that Banik’s symptoms -- itching, acne, and hirsutism (hair on the face) -- are signs of Topical Steroid Damaged/Dependent Face (TSDF), caused by the excessive or prolonged use of steroid creams.

Topical corticosteroids, such as Betamethasone, have several medical benefits, including anti-inflammatory effects, but they should only be used for short durations and under the supervision of a doctor, ideally a dermatologist. Extensive use can cause a range of side effects, including pustules, where big rashes appear on the face, dryness, hypopigmentation (lighter skin), hyperpigmentation (darker skin), or photosensitivity (reactions to sunlight).

It is the potential for hypopigmentation that is thought of as desirable by many women, and leads to misuse of the drug, in turn, fueling a dependency.

Once the skin is dependent on a steroid cream, explains Dr Rajetha Damisetty, it is difficult for a person to stop using it. Every attempt to stop will lead to an eruption of pimples, rashes, and redness. “That’s why people go back to using it,” says Damisetty, chairperson of the Indian Association of Dermatologists, Venereologists and Leprologists’ (IADVL) task force against topical steroid abuse.

What steroid abuse can do to your skin
The long-term use of topical corticosteroids can lead to severe skin damage. Here are just some of the symptoms that can arise.
Note: These photos are blurred as they may be disturbing for some readers. Switch the toggle to make them visible.
Most common side effects
Erythema
Closeup of patient with Erythema
An immune reaction in the skin, resulting in a red, raised rash.
Acneiform Eruptions
Closeup of patient with Acneiform Eruptions
Severe acne-like eruptions in the skin.
Hirsutism
Closeup of patient with Hirsutism
Excessive hair growth, including dark or coarse hair on the face.
Photosensitivity
Closeup of patient with Photosensitivity
Skin sensitivity to sunlight, caused by an immune reaction to ultraviolet rays.
See more
Source: Topical steroid damaged/dependent face (TSDF): An entity of cutaneous pharmacodependence
Even though numerous painful and visible side effects could develop from topical corticosteroid misuse, dermatologists told CNN that the practice is rampant in India -- despite the introduction of restrictions in 2018 to limit access to these drugs.

In 2017, the IADVL filed a lawsuit called a Public Interest Litigation in the Delhi High Court seeking a ban on the sale of steroid skin creams without a valid prescription. The petition stated that the unregulated sale of corticosteroids had caused “serious adverse effects on the health of millions of Indians.”

While the Court has yet to rule, the government took action in March 2018, with the Health Ministry adding 14 topical steroid creams, including Betamethasone, to the list of Schedule H drugs which cannot be purchased without a doctor’s prescription.

But despite this reclassification, CNN has found that little has changed in the sale or use of these so-called “fairness creams.”

/
Banik’s husband, Biswadweep Mitra, uses an epilator to help her remove facial hair that continues to grow after she stopped using topical corticosteroids.
A silent epidemic of “astronomical magnitude”
India is a vast country with a large rural population and health services managed at the state level. As such, painting a complete, up-to-date picture of the misuse of steroid creams is challenging.

Still, there is enough evidence to show that whether in large cities or in rural areas, these restricted substances continue to be easily accessible, used as a skin-lightening agent and predominantly by women, and their perceived benefits promoted to users by friends, family, neighbours, TV commercials and even pharmacists.

In recent months, CNN has been able to buy four types of topical steroid creams over the counter in 16 pharmacies across the subcontinent: in the northern city of Delhi, Kolkata in the east, Ahmedabad to the west and Hyderabad in southern India.

Of six staffers in as many stores CNN spoke to, just one acknowledged being aware of the need for a prescription to buy the creams and continued to sell the product without one. The remaining five people appeared unaware of the reclassification and sold the creams, even after being questioned. Staff at the 10 other stores visited avoided questioning but sold CNN the creams, also without prescription.

According to doctors and users of steroid creams, the products are also readily available at grocery stores.

When asked what he thought about the continued over-the-counter availability of topical steroids, Dr Abir Saraswat, a dermatologist with 20 years of experience, says he believes India’s powerful pharmaceutical lobby is to blame, citing threats to strike and shut up shop. “Surely, no government wants to countenance that,” he says, adding that unless there is deep reform and regulation, there is no way to stop people from flouting the rules.

/
Two examples of corticosteroid creams commonly prescribed by dermatologists for short durations to treat skin conditions such as eczema and psoriasis in India. The creams should be purchased at pharmacies with a valid prescription, but CNN has found they are being sold over the counter in pharmacies across India to women hoping to lighten their skin, which is one of the potential side effects if used for extended periods of time.
Dr Shyam Verma, a dermatologist who has published extensively on topical steroid misuse, agreed but told CNN that the problem goes beyond the pharmaceutical lobby. “There also seems to be a lack of will, and manpower, to implement the law by the governments’ drugs control departments, both at the central and the state level.”

CNN contacted the Indian Pharmacist Association, a trade group that represents pharmacy stores, which identified a different reason for the unregulated sale of steroid creams. “Technically, every pharmacy in the country should have a registered pharmacist sitting at the counter as long as the shop is open,” Abhay Kumar, the Association’s president says. But “there is no national count on who are at the counters.”

Kumar insists that his organization has been pressuring the Pharmacy Council of India, a central government body that regulates the licensing of pharmacists and pharmacy education, to make a list of registered pharmacists around the country to weed out the fraudulent ones. “So far, our demands fizzle into thin air,” he says.

The Pharmacy Council of India did not respond to CNN’s requests for comment.

The Ministry of Health and Family Welfare asked CNN to take the matter up directly with the current Drugs Controller General of India, Dr VG Somani. Somani’s office, in turn, declined to comment without official approval from the health ministry. The Ministry has not responded to CNN’s request for approval.

At the state level, the Deputy Drugs Controller for Delhi, Atul Nasa, did speak to CNN, but says unregistered pharmacies and the over-the-counter sale of steroid creams are not problems in his state. “In Delhi, we only give licenses to pharmacies with a registered pharmacist. Now, if at a certain point they are not at the counter, we should be informed.”

He adds: “We have got no tip that Schedule H creams are being sold over the counter in our territory. If we do find evidence, we will surely take action.”

When informed that CNN was able to purchase creams at multiple sites without a prescription, Nasa simply reiterated: “Our team has no such information that these creams are being sold over the counter.”

While the ability to buy creams without prescription is causing many people in India to develop a dangerous dependence on topical corticosteroids and suffer from its multiple adverse effects, another factor is further adding to the problem.

According to Damisetty, corticosteroids are also present in many cosmetic creams, marketed explicitly as skin-whitening products and, alarmingly, steroids are often not listed as an ingredient. She tested one of the most popular products available and found it contained 0.056% Betamethasone. “That amount can surely cause drug dependence if used for a prolonged period,” says Damisetty.

“The findings were published in local media,” she says

- Secretary of State Antony Blinken has been in office three weeks. He arrives at a challenging time: the U.S. must figure out how to deal with China 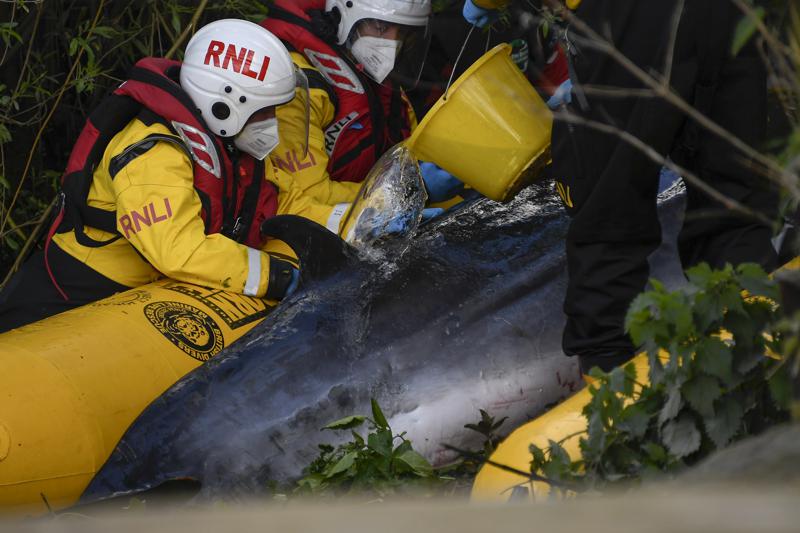 - Hopes faded Monday for a young minke whale who became trapped in the River Thames near London, authorities said Rescuers trying to recapture the

Indias regulators gave the vaccine an emergency approval in January

- Indias regulators gave the vaccine an emergency approval in January while the third phase of the trial was still under way, sparking scepticism and questions

Duchess of Sussex tells of miscarriage pain and grief

- Duchess of Sussex tells of miscarriage pain and grief