I remember watching several years ago a documentary program of a crowd of people who were always on the alert if there was a situation that threatened humanity, such as an economic collapse or a social collapse. Those who call themselves survivalists or who are often called " preppers ".

Basically, this group of people had prepared everything that made themselves sure that they would survive if something happened to society. Usually they learn to grow their own food, save food or electricity and water, and learn to survive using whatever they can use around the house. This group of people is also told by The Decline , a Netflix thriller film produced in Canada.

The film starts with Antoine ( Guillaume Laurin ) waking her son up at night to pack up quickly. "Get up, it's time," he said to his half-awake daughter. They then swiftly put on a coat, carried a bag, put on shoes and with his wife the three of them left their home in the middle of the snow. But apparently it was just an exercise to prepare them if they had to leave the island.

They've done the exercises many times in the middle of the night, and they are an example of a family we might call "paranoid" as the common people. What is interesting, however, is how their situation is actually very relevant to the situation we are experiencing today. Events in the real world, where we are hit by a pandemic, make this film much more relevant than if this film was released when the public was taking it easy.

And in the film, not only Antoine feels that the world is on the verge of collapse. Alain ( Réal Bossé ) is a YouTuber who often shares tips on how to survive when things get out of hand. Alain also becomes Antoine's role model, where he always follows what Antoine shares in his videos. And finally Antoine decided to meet Alain in a remote forest with thick snow alone to take part in a hands-on training to learn how to survive.

This exercise was also attended by a variety of people. There are Rachel ( Marie-Evelyne Lessard ) who is a former soldier, Sebastien ( Guillaume Cyr ) who loves hunting, David ( Marc Beaupré ) who is always ready to kill, and Anna ( Marilyn Castonguay ) and Francois ( Marc-André Grondin ) who are still new. in terms of survival as a survivalist . They are united in one thing, which is to always be prepared should something happen.

"You have to know, not everyone has a sense like you," Alain told everyone at dinner. “When I look at you, I don't see people who are intense. I saw good citizens. With general thoughts.do is too much.

The Decline is an interesting film because before entering the thriller part, we are presented with what it feels like to see a group of people who are getting ready to anticipate what. We may think they are paranoid, but they consider what they are doing is natural because they believe the end of civilization is near. I watch this too so learn and know what they are doing to prepare to defend themselves.

Unfortunately, however, when they finished learning how to survive, an accident happened. The group was also split in two, with Alain and David (ready to fire) wanting not to involve the police authorities regarding the accident, while Antoine and others believed that contacting the police was the best course of action. This incident is what finally the film changes from before telling how they survive, now into a thriller thriller where they will use whatever they have learned so far to survive the duo Alain and David.

Usually films feel awkward when they want to combine two different themes, such as in this film where The Decline carries the theme of a paranoid society and a thriller that depends on life and death. Patrice Laliberté , who worked as a director on the first film, managed to get the two themes to combine well and give the audience time to really dive into the two themes.

The end result of this film is a film that explores how a person would act if a situation happened to him. Against the backdrop of the beautiful snow, we see how each person behaves when facing situations that are beyond their control. We see in this film how someone, when cornered, will use their anarchic instincts to survive. This is a thriller you may never have heard of, and the name is a little confusing because the  decline which means decline or decline has nothing to do with this film, but trust me that you should try it.

‘Raya and the Last Dragon’ Box Office: Disney Adventure Scraps Its Way to an $8.6 Million Opening

- Raya and the Last Dragon, the latest movie from Walt Disney Animation, pulled in $8.6 million at the domestic box office.

- 2020 has been a year of incalculable oddities, and somewhere fairly high up on the list has to be the very existence of The Croods: A New Age

- For such a romantic, Christian Petzold sure likes to keep his audience at arm’s length. The German director of alt-history star-crossed romances 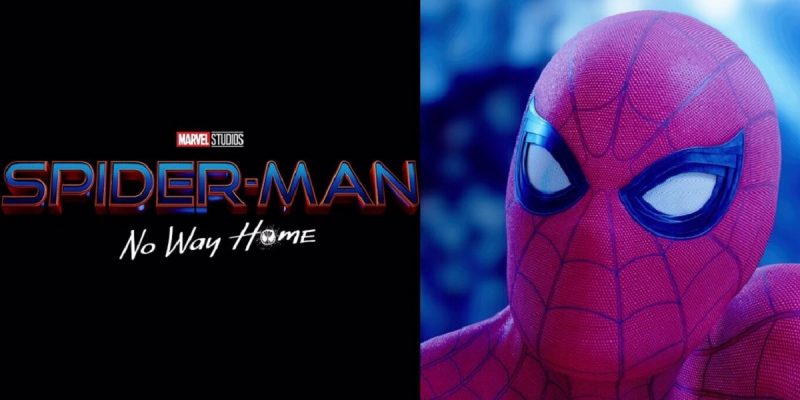 Spider-Man: No Way Home Still Giving Much to Talk About Marvel Movie