Even considering how many great characters Marvel Comics have created over the years, there are very few that can claim to be as popular and well-crafted as Spider-Man, the young and eager superhero who also happens to be a young photographer and student called Peter Parker.

Debuting in 1962, Spider-Man has endured numerous creative changes to become a hero as beloved and recognisable as DC's Batman and fellow Marvel staples Captain America, the X-Men, and the Fantastic Four.

Since he's such hot product, Spidey has made his way to the big screen on numerous occasions, first being portrayed by Tobey Maguire in a trilogy of films from visionary director Sam Raimi, then in two ill-fated rebooted movies starring Andrew Garfield, and most recently in the Marvel Cinematic Universe, where he's brought to life by Tom Holland.

These films have varied wildly in quality, and so too have the villains forced to face-off with Marvel's resident Wall-crawler. As this list will show, a lot of what makes a Spider-Man movie great - or, as the case may be, terrible - lies with how effectively its villains are brought to life.

With that in mind, then, and in celebration of the recent release of Spider-Man: No Way Home, here are all of Spider-Man's major movie villains ranked worst to best. Spoilers follow.

One of the many flaws 2014's The Amazing Spider-Man 2 suffers from is its overload of rushed-out and derivative villains, the worst of which by an absolute mile is surely Paul Giamatti's laughably bad Rhino.

Turning up in full costume only briefly in the film's sequel-baiting final moments, Rhino is given no development and little characteristics outside of Paul Giamatti's over-the-top and borderline offensive attempt at a Russian accent.

Add to these misgivings the awful suit of armour and the complete lack of stakes his involvement creates, and it's a genuine wonder anyone thought bringing in Rhino like this was a good idea. The only positive is that he's thankfully low on screen time - though not nearly low enough, all things considered.

2. Shocker 1 (Spider-Man: Homecoming)
A member of Adrian Toomes' secret criminal enterprise, Jackson Brice was portrayed as cocky and enthusiastic to get his hands dirty, so much so he suffered a power trip after briefly clashing with Spider-Man and taking the mantle of Shocker.

Armed with a powerful ultron blaster gun, Brice gets one fleeting scene to cause some damage before he pushes his luck and gets vaporised by his boss, leaving him an easily forgotten plot device who feels like little more than an inconsequential bit-player created to show-off how brutal Toomes can be.

3. Scorpion & Tombstone (Spider-Man: Into The Spider-Verse)
Whilst it was an absolute joy to see two long-running Spidey villains get the big screen treatment in Into the Spider-Verse, the truth is that Scorpion and Tombstone act as little more than cannon fodder in the film's overarching action.

Acting as soldiers for Wilson Fisk, the duo are often seen together, and are given little characterisation outside of their loyalty to their boss and their desire to destroy Spider-Man.

Stylishly designed as they may be, there's nothing that separates Scorpion and Tombstone from the rest of the Web-crawler's adversaries, especially in a film that constantly overshadows them with its animation and fan-pleasing twists.

4. The Green Goblin (The Amazing Spider-Man 2)
In The Amazing Spider-Man 2, no promising character is as let-down by the script as Dane DeHaan's Harry Osborn, the best friend of Peter Parker who returns home after the death of his father and, through a nonsensical series of twists, becomes one of the film's many unengaging villains.

Between DeHaan's gloomy performance, the make-up he's given for his Green Goblin get-up, and the way his entire development is rushed through so Spidey has more to face, Osborn is an egregious waste of potential in a movie with far too many.

Watching the Green Goblin here, it becomes clearer than ever why The Amazing Spider-Man saga imploded following its sophomore effort. With no time to grow, Harry Osborn becomes yet another overblown villain no one really cares about.

5. Shocker 2 (Spider-Man: Homecoming)
Taking the mantle of Shocker from the recently-deceased Jackson Brice, Herman Schultz acts as Adrian Toomes' trusting right-hand throughout Homecoming, and proves to be a much more formidable villain than his predecessor.

Thanks in equal measure to Bokeem Woodbine's enjoyable performance and Schultz's effective clashes with Spider-Man, what Shocker lacks in power he more than makes up for in entertainment value.

He doesn't get a lot of time to grow and never becomes more than a generic sidekick, but he serves his purpose well enough until the end.

6. Tinkerer (Spider-Man: Homecoming)
Criminally underused as he may be, Phineas Mason is one of Homecoming's most undervalued and vital antagonists, creating much of the weapons and technology Vulture uses to run his criminal enterprise.

Played as a loyal but timid engineer with great intellect, Tinkerer gets little time to grow into a fully-formed character despite his value, but even so without him much of Vulture's plans would've fallen through big time.

Given the fact that his fate in Homecoming is left ambiguous, here's to hoping he gets the chance to make a more lasting impression somewhere down the line.

7. Kingpin (Spider-Man: Into The Spider-Verse)
Wilson Fisk is one of Spider-Man's deadliest foes, a ruthlessly powerful crime lord known as the Kingpin of Crime, who runs a vast criminal empire within the New York underworld.

Despite this potential, though, and the fact that Kingpin is so brilliantly performed in the live-action series Daredevil by Vincent D'Onofrio, Into the Spider-Verse decides to make Fisk a generic criminal with none of the complexity and contradictions that make him such a remarkable antagonist in other media.

He's by no means entirely terrible, mainly because Into the Spider-Verse is such an astounding film, but even when he's causing some serious damage it's hard to overlook the fact that he isn't that interesting, and lacks compelling depth.

8. Venom (Spider-Man 3)
There are a lot of things wrong with Spider-Man 3, the final and most inescapably disappointing instalment to Sam Raimi's 2000s Spidey trilogy, and one of its biggest failings comes from the way it set-ups its villains (much like The Amazing Spider-Man 2 would do again a few years down the line).

No antagonist suffers more from the film's overstuffed script than Eddie Brock, an arrogant photographer who's meant to mirror Peter Parker's moral persona and highlight the damage the Venom symbiote can cause in the wrong hands.

Thanks to the woefully misguided casting of Topher Grace and the heavy-handed drama of the film, though, little of Venom's potential is realised. Brock's development is rushed and whittled down to predictable clichés, and Grace's performance does little to sell his growing menace. On the plus side, he at least looks pretty cool.

9. Prowler (Spider-Man: Into The Spider-Verse)
Voiced by Mahershalla Ali, Aaron Davis acts as one of the key emotional cores of Into the Spider-Verse. The uncle of Miles Morales, Davis moonlights as Prowler, a trusted and ruthless enforcer for Wilson Fisk.

His familial bond to Spider-Man makes Prowler an engaging villain thanks to the dramatic irony of his actions. He spends the movie trying to kill the webslinger, but eventually calls his allegiances into question when he learns his nephew's under the mask.

Despite not being given the amount of screen time or development he really deserved, Prowler served his purpose well, acting as both Miles's version of Uncle Ben and a deadly supervillain with affecting results.

Despite the obvious talents of Foxx, though, Electro falls incredibly flat throughout the movie, mainly because Foxx himself leans into exaggeration and Dillon never feels like a fully fleshed-out character with believable traits or development.

And that's not getting into his blue appearance, which is so ghastly it comes across like an eyesore reject from Batman & Robin. The only reason he ranks higher than previous villains here is because his final fight with Spider-Man is fairly exciting, and his recent involvement in No Way Home is genuinely brilliant.

Played by Rhys Ifans, who recently reprised his role in No Way Home, Connors is given a sympathetic but ultimately rushed backstory, before turning him into a generic CGI monster with little humanity or defining features.

That's not to say he's all bad, of course, since he gets some decent action beats to work with and Ifans does a commendable job to overcome the film's convolution, but there's no denying that The Lizard is a middle-of-the-road Spidey villain through-and-through, easily forgotten if entertaining enough in the moment. Singer of Eurovision Winners Maneskin Asked About Suggested Drug Use

- The lead singer of Eurovision winners Maneskin has denied suggestions he was caught on camera taking drugs during the broadcast. 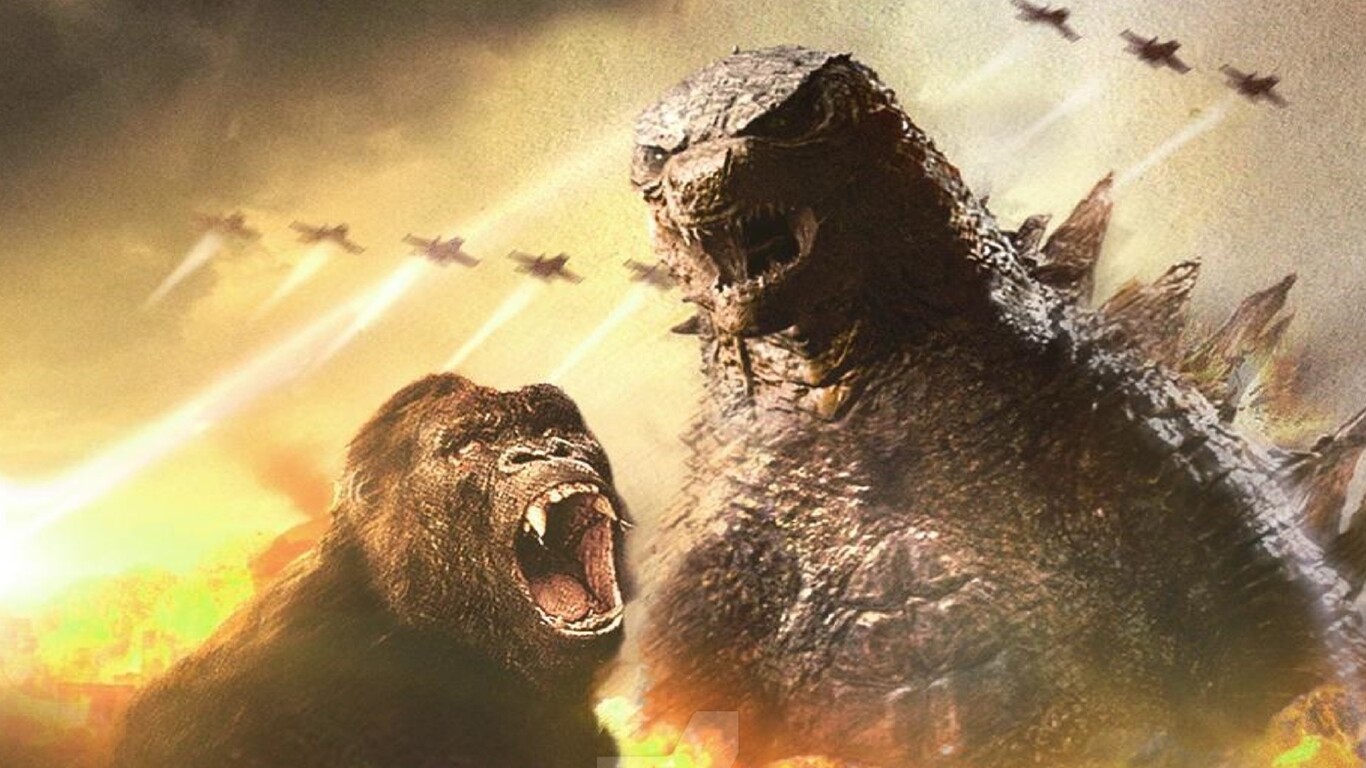 everything we know about the MonsterVerse "Godzilla vs. Kong"2021!

Every Time Billie Eilish Made Her Own Fashion Rules

- Every Time Billie Eilish Made Her Own Fashion Rules 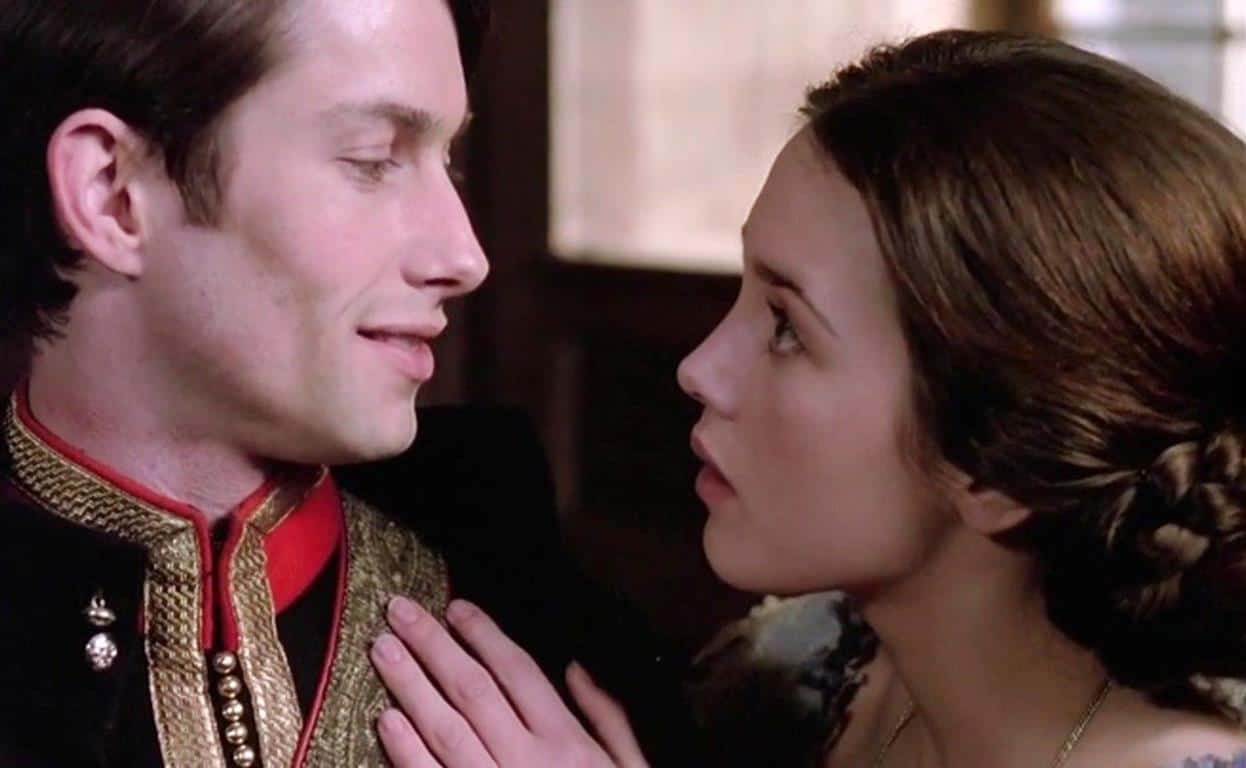 - considering this country always offers its own romance in each city. So do not be surprised, if this country is often used as a place for romance.