Last November, the board expanded curriculum standards to include birth control in addition to abstinence education.
Sign up for The Brief, our daily newsletter that keeps readers up to speed on the most essential Texas news.
The State Board of Education on Friday approved one health textbook for middle school teachers to use to teach sex education in Texas but rejected any sex ed materials for elementary school students.
The state has new curriculum requirements, approved last year, that students learn about birth control in addition to sexual abstinence. But the board had to consider which teaching materials to use. The book approved for use in Texas middle schools is one from publisher Goodheart-Willcox.
Although an elementary school health textbook from QuaverEd had received preliminarily approval from the board earlier in the week, it failed to win final approval on Friday. Ït's disappointing because we wanted to get QuaverEd in for elementary school kids," said board member Rebecca Bell-Metereau, D-San Marcos

When the board adopted new curriculum standards last year about sex education it was the first such change in Texas in 23 years.

Also earlier this week, board member Will Hickman, R-Houston, voiced opposition to another publisher's materials, the ones presented by Human Kinetics materials, saying they were “not suitable for grade level” without citing specific objections. But the Houston Republican voted for the QuaverEd and Goodheart-Willcox materials, calling them “good” but “not perfect.”

“I don’t think we should have a vacuum where we adopt nothing,” Hickman said. “It’s just providing an option.”

Jacqulyn Dudasko, the director of education and policy at anti-abortion organization Texans for Life, noted earlier this week, that Texas law requires schools teaching sex ed to emphasize sexual abstinence. With that in mind, Dudasko urged the board to adopt only the materials from Goodheart-Willcox and QuaverEd, the only two she said “came close” to fitting the state’s statutory requirements.

“There’s a lot of content in some of these texts, and particularly this one, that goes beyond the standards we adopted,” said board member Tom Maynard, R-Florence, referring to the Human Kinetics materials. “We intentionally left off that, because that is intended to be handled separately from health education.”

While many speakers pushed for “parental choice” in opposing the materials, others criticized a potential board vote that would avoid arming students with factual information. Those speakers argued that a lack of such information in schools complicated — and even stigmatized — students’ navigation of life experiences like menstrual health and understanding their own sexuality.

“You truly have to think about all Texas children that are in Texas public schools,” Epstein said.

The vote comes amid heated debates in Texas and around the country over how public school students learn about topics like sex, sexuality, gender identity and race. This summer, Gov. Greg Abbott signed a bill banning what Republicans often misrepresent as critical race theory in an attempt to limit Texas teachers’ ability to teach about current events and racism.

In October, State Rep. Matt Krause, a candidate for state attorney general, asked school superintendents to confirm whether their campuses have any books on his list of about 850 titles relating to race or sexuality. And Abbott this month pressured the Texas Association of School Boards to determine whether “pornography or other inappropriate content” exists in public schools and remove any such content.

Disclosure: QuaverEd and Texas Association of School Boards have been financial supporters of The Texas Tribune, a nonprofit, nonpartisan news organization that is funded in part by donations from members, foundations and corporate sponsors. Financial supporters play no role in the Tribune's journalism. Find a complete list of them here.

In addition to addressing the required state academic standards in economics and social studies, the event encourages creative and critical problem solving, teamwork and collaboration, and communication skills.

“We are able to show a 16% knowledge gain in basic personal finance and economic concepts. That is a comparative change from a C to an A letter grade. We are really proud of that and love to see the excitement and enthusiasm of students discovering new skills and opportunities through this program,” said Amy Lee, Executive Director of the Oklahoma Council on Economic Education.

The winning teams will be honored with gift cards and t-shirts, and a classroom banner to display.

The Oklahoma Council on Economic Education was established in 1954 and is a 501(C)3, nonprofit, educational organization. OCEE’s mission is to promote economic and financial literacy education in Oklahoma. We carry out our mission by educating the educators: providing the curriculum tools, the pedagogical support, and the community of peers that instruct, inspire, and guide. OCEE is an affiliate of the Council on Economic Education

- I really have a very inexpensive website of my own that I am in the process of refining. However, using those completely free sites will help me 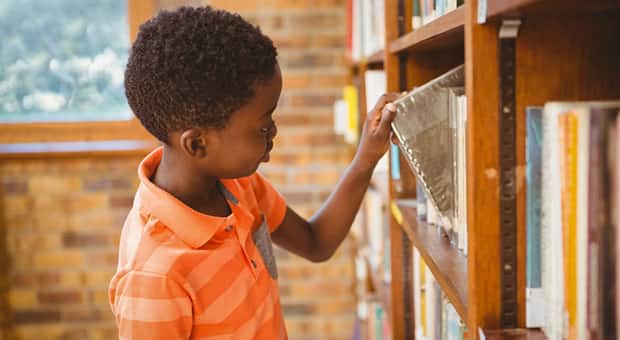 - You should consult your friends, teachers and already certified working professionals to learn which training centers and resource materials you should

CNA Certification Exams That You Need to Check Out

- Taking an official CNA certification course is an important step towards becoming a certified nursing assistant. You have to take the course first before