It's a long road to recovery for Spanish nurse's assistant Teresa Romero Ramos.

Discharged from hospital six weeks ago after beating Ebola, she faces life without her beloved dog, Excalibur, put down by Spanish authorities for fear he might harbor the deadly virus.

And questions remain about how she contracted the virus while helping to care for Spanish missionaries brought back from West Africa with Ebola, and the way her own case was handled.


Romero was in court Thursday to seek 150,000 euros in damages from the then-Madrid health minister she accuses of blaming her for catching the disease. He publicly apologized for the comments and later resigned.

She is also taking legal action against regional health authorities over the death of Excalibur.

Speaking to CNN from Madrid, in her only global TV interview since leaving hospital, Romero became tearful as she recounted how she learned her adored dog had been put down.

'Due to my serious illness, no one was telling me what was happening in the outside world,' she said.

Unbeknownst to her, locked away in a hospital isolation room, animal rights activists had campaigned to prevent the dog's euthanasia, with an online petition gathering more than 400,000 signatures. But their efforts failed.

Can pets get or spread Ebola?

Finally, on the day Romero received a negative blood test for Ebola, her husband Javier Limon broke the news in a phone call to her room.

'My husband decided to wait in order to tell me about it and to me it was a very sad piece of news, totally unexpected. I haven't got words to talk about it,' she said, her emotion obvious.

It was probably better not to tell her while she was ill, she said, but the loss still affects her today.

'I've forgotten about everything except the death of Excalibur -- not the death itself, but the way in which this was done without finding out first whether the dog was infected,' she said. 'I think it would've been much wiser to put the dog in quarantine and keep an eye on it, rather than to sacrifice the dog like that.'

This was what happened in the case of Texas nurse Nina Pham, whose dog Bentley was quarantined while she was treated for Ebola. After testing negative for the virus, the pet was eventually returned, tail wagging, to its grateful owner.

It was 'easier' for the Madrid authorities to have her dog put down, Romero said, but it made what was already a traumatic situation for her far harder. And she still asks herself why it had to be that way.

'It's a lack of sensitivity, a lack of human feelings, it's really nasty, nasty. Everything has been this way, but we forget about everything except the death of my dog.'

The 'everything' Romero refers to relates to the way her infection with Ebola was first diagnosed and then handled.

After she was taken to the Alcorcon Hospital in Madrid by ambulance, suffering symptoms including vomiting and a rash, she underwent a battery tests.

But such was the apparent state of confusion, she said, that she found out she'd been confirmed as having Ebola not from medical staff -- but by seeing the news story on her cell phone.

'It is surreal, nobody tells you anything and they come and put you inside a bubble and they take you away. And they didn't tell you anything. It is really odd.'

She said she later found out that the emergency room doctor who first treated her was not informed about her two positive blood tests either.

'Surprising as it is, this is how it happened,' she said. 'No doctor told me about it, nobody told me anything about it, nothing. I think that they were going crazy. This took us all aback.'

CNN is seeking comment from the Spanish Health Ministry over Romero's allegation that news that she had tested positive for Ebola was given to the press before she found out.

It's still not clear how this leak transpired.

'You think about it'

Meanwhile, Madrid's superior court has already ruled once on the case of Excalibur -- saying that regional health officials did not act recklessly in putting him down.

But Romero's legal team is planning to take them to court again, seeking 150,000 euros compensation for his death.

She also wants to see a change in the official protocols for caring for suspected Ebola cases so others don't undergo the same ordeal.

This could include recording the medical staff as they work so any errors in taking off the protective gear could be spotted and lessons learned, according to Romero. She says she still does not know how she herself contracted the virus -- and likely never will.

'I followed the protocols. I followed the guidelines. I did everything that needs to be done,' she said. 'What you are doing is something so serious, you are risking your life every time you walk into a room -- so you think about it.'

Last month, the hospital's Director General Dr. Rafael Perez-Santamarina, said that through Romero's case, the hospital had learned many lessons about the treatment of Ebola patients and how to protect staff caring for them.

Romero said she was not yet completely physically recovered from the virus -- which has killed more than 6,000 people in West Africa -- but was slowly getting better.

Meanwhile, her anger and grief over Excalibur's fate continues to burn strongly.

'If I had known about the killing of the dog, I would never have volunteered' to care for the Spanish missionaries, she said.

- KaunBanegaCrorepati (KBC) 2020 began and indeed we realized that the host of the KBC 2020 is the Bollywood whiz, Amitabh Bachchan. 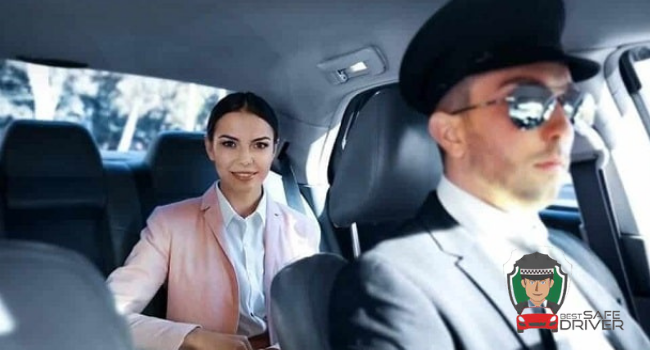 Over Speeding is Very Dangerous:

- We are providing a range of reliable Safe Driver Dubai Services. So, you can hire Best Safe Driver if you are planning a weekend outing, a shopping trip.

1Z0-063- ONE OF THE LEADING CERTIFICATION FROM Oracle

- Advanced Administration feasible idea. Proponents using the adverse benefits of homeschooling neglect to mention the numerous 1Z0-063 benefits that neighborhood colleges are unable to provide, without any exceptional cost of sending your youngsters towards your own faculty. The most recent figures retain on to Oracle Database 12c bear 1Z0-063 Exam Dumps Oracle Database 12c: Advanced Administration this out.

- Marketing automation is one of the great processes that help businesses not only to automate their repetitive marketing tasks.On earth with the promotion class.