Intel is reportedly looking to sell a majority stake in an augmented reality spinoff company, with plans to potentially launch consumer smart glasses this year, according to Bloomberg Technology. Bloomberg writes that the company will probably be called Vaunt; the smart glasses are reportedly known internally as “Superlite,” and will be made by Taiwanese manufacturer Quanta Computer. They’ll pair with a phone via Bluetooth, and use a laser projector to display information in the wearer’s field of view. The new company reportedly includes some former employees from Recon Instruments, the AR wearables company that Intel acquired in 2015 and shut down last year. If Bloomberg’s report is accurate, this will be far from Intel’s first move into augmented reality. The company has worked with industrial AR headset company Daqri, and attempted to launch a VR-like “merged reality” headset design known as Project Alloy, although that was scrapped last year. Despite how little we know here, the idea of commercial smart glasses backed by a major player like Intel (which would maintain a stake in the enterprise) is an exciting one, since most companies that have expressed interest in glasses-based AR have also downplayed its short-term importance. Amazon is reportedly working on Alexa-powered glasses, but Apple, Facebook, and Google are all publicly focusing on phone-based AR for now. Smaller companies like Vuzix, however, are moving into the space. And based on Bloomberg’s description, it’s hard to say how ambitious Intel’s plans really are.

- SharePoint Training is an essential part of learning this Microsoft solution. However, many do not feel the need of learning it through an authorized 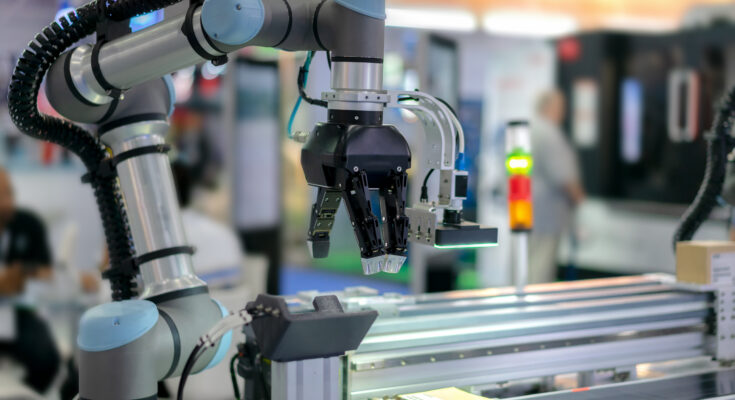 10 Perfect Pick and Place Tasks for a Robot

- It’s not always easy to tell which tasks you should do first with a robot. Often, we have many tasks that could be automated. But,

How to Enhance Your Chemical Supply Chain Management?

- This article discuss the different ways with which going digital can enhance your chemical supply chain management using the latest technologies.

- Solar panels (also known as "PV panels") are used to convert light from the sun, which is composed of particles of energy called "photons", into electricity that can be used to power electrical loads.