Technology let's criminals and hackers alike conceal their identity and continue their fraud schemes in various ways. With almost everyone having technology and internet access, exposing their identity and businesses, here are some prevalent cyber attacks this 2020 you should be watching out for:

There’s a high chance that you’ve encountered a deep faked video while you’re scrolling through your Facebook feed—may it be a government figure being mocked and having their faces morphed into another body, or celebrities being put into the bodies of their co-actors and actresses just for the fun of it. There’s even an app for it now, called Doublicat, which can modify your face to a celebrity or any personality of your choice just by one selfie or imported picture. It’s not seamless though, but it can suffice. However, deepfakes are more than silly videos and harmless pretending to be someone; several people are now finding themselves as victims to those who use this technological advancement for their malicious gain. In a Vox article, actress Kristine Bell revealed to have seen porn videos with her face 'deeply faked' online. Similarly, ordinary people are also vulnerable to such schemes; Noelle Martin is also a victim of inappropriate deep fake videos. She’s just a normal fresh graduate from a law university in Perth, Australia, and happens to have her photos—which she shared on her social media accounts—photoshopped to nude images and which will eventually be used to create deep fake videos.

You may have seen some suspicious email in the spam folder in your e-mail, or weird flashy buttons in some illegal download websites that invite you to click them. Often, they are forms to bait you into phishing scams. Phishing is a form of cyberattack, wherein criminals or scammers use harmless-looking e-mails or proxy websites to “fish” a person’s personal information—ranging from bank accounts, addresses, or online transactions. With the pandemic on the rise, scammers used this opportunity to use the high tension of emotions from the already panicking people and sent out several emails containing spyware to retrieve personal login information or online bank transactions. In an article by Wired, a sample of a phishing scam that took advantage of the COVID-19 scare used emails containing alleged precautions in protecting yourself from the pandemic in the form of malicious PDFs or links attached to the email. Unsuspecting individuals opened them, eventually having their personal information stolen or having their e-mails hacked.

If you are reading this article, chances are you are connected to a Wi-fi network or using mobile data. Internet connection is almost seen as a necessity to several homes and businesses, and having a Wi-Fi network is needed to access the internet. Wi-Fi is also a recent innovation in appliances such as alarm clocks or speakers, giving consumers the luxury of using these appliances wirelessly. However, hackers are using this to perform IoT-based attacks. Such attacks are executed by leveraging the victim’s phone, speakers, or anything that is connected to a Wi-Fi network as these devices often do not have strong security protection, then putting malware or spyware in the victim’s devices. It is In a report by security researchers from F-secure stated that cyberattacks on IoT devices increased to 300% in 2019, as aging firmware and architecture failed to keep up with security protocols needed to combat such cyberattacks.

Ransomware works with the hacker encrypting all the victim’s data by using malware, then pressuring the victim for a ransom or a large sum of money in place of the releasing of the victim’s sensitive information. There are also times when hackers sell the victim’s information to other hackers and scammers to be used for their fraud activities and crimes. Recently, universities and other institutions in the United Kingdom fell victim to ransomware attacks, with students and staff having their information stolen. It also appeared that Blackbaud, UK’s largest education provider, was also hacked and had paid the hackers the ransom they wanted.

Many people sought treatment in hospitals as cases of the COVID-19 rises overtime. In the process of admission, patients are subjected to provide their personal information and have their medical history and data kept by the hospital. So far, most patient records have been kept online, with dosages and medical-related needs administered through smart medical devices. However, some of these are also vulnerable to cyberattacks as they have basic security protocols. Hackers can have the patient’s information at their hands easily, and may also theoretically have access to smart medical devices to mess with a patient’s dosage, sending electric shocks to the patient, or disabling the monitoring of a patient’s vital signs.

There has been an increasing number of cyber attacks this 2020. Technology is ever-growing. As these evolve, citizens should be wary of such threats to protect themselves.

- Here in this article i will provide you some details about how to download tiktok videos without water mark in 2021. Step by step guide.

How to solve Malwarebytes Using All Memory

- My blog based on Malwarebytes antivirus. If you are using this then visit the blog. 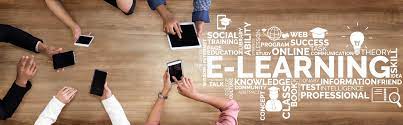 Supermoon! Red blood lunar eclipse! It’s all happening at once, but what does that mean?

- The first eclipse of 2021 goes to happen during the first hours of May 26. But this is often getting to be an especially super lunar event