India's US$40b education market is experiencing a surge in investment. Capital, both local and international, and innovative legal structures are changing the face of this once-staid sector

The liberalization of India's industrial policy in 1991 was the catalyst for a wave of investment in IT and infrastructure projects. Rapid economic growth followed, sparking a surge in demand for skilled and educated workers. This, combined with the failure of the public system to provide high quality education and the growing willingness of the burgeoning middle class to spend money on schooling, has transformed India's education sector into an attractive and fast-emerging opportunity for foreign investment.

Despite being fraught with regulatory restrictions, private investors are flocking to play a part in the "education revolution". A recent report by CLSA (Asia-Pacific Markets) estimated that the private education market is worth around US$40 billion. The K-12 segment alone, which includes students from kindergarten to the age of 17, is thought to be worth more than US$20 billion. The market for private colleges (engineering, medical, business, etc.) is valued at US$7 billion while tutoring accounts for a further US$5 billion.

Other areas such as test preparation, pre-schooling and vocational training are worth US$1-2 billion each. Textbooks and stationery, educational CD-ROMs, multimedia content, child skill enhancement, e-learning, teacher training and finishing schools for the IT and the BPO sectors are some of the other significant sectors for foreign investment in education.

The Indian government allocated about US$8.6 billion to education for the current financial year. But considering the significant divide between the minority of students who graduate with a good education and the vast majority who struggle to receive basic elementary schooling, or are deprived of it altogether, private participation is seen as the only way of narrowing the gap. Indeed, it is estimated that the scope for private participation is almost five times the amount spent on education by the government.

CLSA estimates that the total size of India's private education market could reach US$70 billion by 2012, with an 11% increase in the volume and penetration of education and training being offered.
The K-12 segment is the most attractive for private investors. Delhi Public School operates approximately 107 schools, DAV has around 667, Amity University runs several more and Educomp Solutions plans to open 150 K-12 institutions over the next four years. Coaching and tutoring K-12 students outside school is also big business with around 40% of urban children in grades 9-12 using external tuition facilities.

Private initiatives in the education sector started in the mid-90s with public-private partnerships set up to provide information and communications technology (ICT) in schools. Under this scheme, various state governments outsourced the supply, installation and maintenance of IT hardware and software, as well as teacher training and IT education, in government or government-aided schools. The central government has been funding this initiative, which follows the build-own-operate-transfer (BOOT) model, under the Sarva Shiksha Abhiyaan and ICT Schools programmes. Private companies such as Educomp Solutions, Everonn Systems, and NIIT were among the first to enter the ICT market, which is expected to be worth around US$1 billion by 2012.

Recently, the central government invited private participation in over 1,000 of its industrial training institutes and offered academic and financial autonomy to private players. Companies such as Tata, Larsen & Toubro, Educomp and Wipro have shown keen interest in participating in this initiative.

Education in India is regulated at both central and state government levels. As a result, regulations often differ from state to state. K-12 education is governed by the respective State School Education Act and the Central Board of Secondary Education (CBSE) Rules and Regulations concerning affiliation and/or the rules of any other affiliating body. Under current regulations, only not-for-profit trusts and societies registered under Societies Registration Act, 1860, and companies registered under section 25 of the Companies Act, 1956, qualify to be affiliated with the CBSE and to operate private schools.

While the K-12 segment accounts for the lion's share of India's educational market, weaving through the complex regulatory roadmap to qualify for affiliation poses serious difficulties for investors. The CBSE requires privately-funded schools to be non-proprietary entities without any vested control held by an individual or members of a family. In addition, a school seeking affiliation is expected to have a managing committee controlled by a trust, which should approve budgets, tuition fees and annual charges. Any income accrued cannot be transferred to the trust or school management committee and voluntary donations for gaining school admission are not permitted.
Schools and higher education institutions set up by the trust are entitled to exemptions from income tax, subject to compliance with section 11 of the Income Tax Act, 1961. In order to qualify for tax exemptions, the trust needs to ensure that its predominant activity is to serve the charitable purpose of promoting education as opposed to the pursuit of profit.

Alternative routes do exist for investors seeking to avoid the web of regulatory barriers that constrain their involvement. Sectors such as pre-schools, private coaching and tutoring, teacher training, the development and provision of multimedia content, educational software development, skill enhancement, IT training and e-learning are prime sectors in which investors can allocate their funds. These areas are attractive because while they relate closely to the profitable K-12 segment, they are largely unregulated. As such, they make attractive propositions for private investors interested in taking advantage of the burgeoning demand for quality education. Companies such as Educomp Solutions, Career Launcher, NIIT, Aptech, and Magic Software, are market leaders in these fields. Educomp recently acquired a large number of educational institutes and service providers across India. It has also formed joint ventures with leading higher education groups, including Raffles Education Singapore, for the establishment of higher education institutions and universities in India and China. Furthermore, it has entered into a multi-million dollar collaboration with Ansal Properties and Infrastructure to set up educational institutions and schools across the country and closed an US$8.5 million deal to acquire Eurokids International, a private provider of pre-school educational services in India. Gaja Capital India, an education-centric fund, has completed the funding of three education services companies in India. NIIT and Aptech, meanwhile, are engaged in the IT training business.

Core Projects and Technology is also focusing heavily on India and is likely to bid to takeover, upgrade and run public schools for specified periods on a public-private partnership basis.

While state governments are largely responsible for providing K-12 education in India, the central government is accountable for major policy decisions relating to higher education. It provides grants to the University Grants Commission (UGC) and establishes central universities in the country. The UGC coordinates, determines and maintains standards and the release of grants. Upon the UGC's recommendation, the central government declares the status of an educational institution, which once authorized, is entitled to award degrees.

Amity University in Uttar Pradesh is one of the private universities to open its doors. It was approved by the Uttar Pradesh state legislature on 12 January 2005 under section 2(f) of the University Grants Commission Act.

Not-for-profit and anti-commercialization concepts dominate higher education fee structures. To prevent commercialization and profit-making, institutions are prohibited from claiming returns on investments. This, however, does not pose a hurdle for universities interested in mobilizing resources to replace and upgrade their assets and services. A fixation of fees is required in accordance with the guidelines prescribed by the UGC and other concerned statutory bodies. For this purpose, the UGC may request the relevant information from the private university concerned, as prescribed in the UGC (Returns of Information by Universities) Rules, 1979.

In line with the policy on Fee Fixation in Private Unaided Educational Institutions Imparting Higher and Technical Education, two types of fees are required: tuition fees and development fees. Tuition fees are intended to recover the actual cost of imparting education without becoming a source of profit for the owner of the institution. While earning returns on investment would not be permissible, development fees may provide an element of partial capital cost recovery to the management, serving as a resource for upkeep and replacement.

In order to be awarded university status by the UGC, institutions must comply with the objectives set forth in the Model Constitution of the Memorandum of Association/Rules, and ensure that no portion of the income accrued is transferred as profit to previous or existing members of the institution. Payments to individuals or service providers in return for any service rendered to the institute are, however, not regulated.

In this context recent court judgments on private universities are relevant. The Supreme Court, in Unnikrishnan JP v State of Andhra Pradesh, introduced a scheme regulating the admission and levy of fees in private unaided educational institutions, particularly those offering professional education. The ruling was later notified in the fee policy.

Subsequently, in the case of Prof Yashpal and Anr v State of Chattisgarh and Ors in 2005, the Supreme Court assailed the Chattisgarh government's legislation and amendments which had been abused by many private universities. It was contended that the state government, simply by issuing notifications in the Gazette, had been establishing universities in an indiscriminate and mechanical manner without taking into account the availability of any infrastructure, teaching facilities or financial resources. Further, it was found that the legislation (Chhattisgarh Niji Kshetra Vishwavidyalaya (Sthapana Aur Viniyaman) Adhiniyam, 2002) had been enacted in a manner which had completely abolished any kind of UGC control over private universities.

The Supreme Court concluded that parliament was responsible for ensuring the maintenance and uniformity of higher education institutions in order to uphold the UGC's authority. Following the judgment, only those private universities that satisfied the UGC's norms were able to continue operating in Chattisgarh.

Professional and technical education in India is regulated by professional councils such as the All India Council for Technical Education (AICTE). Established under the AICTE Act, 1987, AICTE gives recognition to courses, promotes professional institutions, provides grants to undergraduate programmes, and ensures the coordinated and integrated development of technical education and the maintenance of standards. The AICTE has recently exerted pressure on unrecognized private technical and management institutes to seek its approval or face closure. 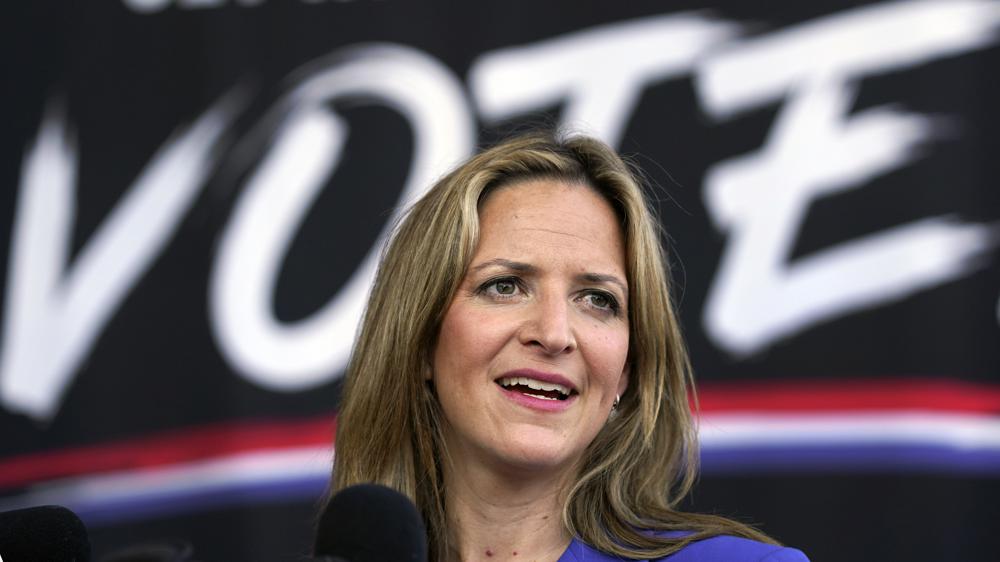 Covid rules relaxed but Christmas should be small and short, says Boris Johnson

- Boris Johnson has urged families to severely limit the length and scale of gatherings this Christmas, issuing a stark message to consider postponing reunions with elderly relatives until they receive