The Spy Who Came In From The Cold, and Tinker, Tailor, Soldier, Spy author died from pneumonia on Saturday night.

Jonny Geller described him as an "undisputed giant of English literature" who "defined the Cold War era and fearlessly spoke truth to power".

"We will not see his like again," he said in a statement.

Mr Geller said he represented the novelist, whose real name was David Cornwell, for almost 15 years and "his loss will be felt by every book lover, everyone interested in the human condition".

"We have lost a great figure of English literature, a man of great wit, kindness, humour and intelligence. I have lost a friend, a mentor and an inspiration."

A statement shared on behalf of the author's family said: "It is with great sadness that we must confirm that David Cornwell - John le Carré - passed away from pneumonia last Saturday night after a short battle with the illness.

"David is survived by his beloved wife of almost 50 years, Jane, and his sons Nicholas, Timothy, Stephen and Simon.

"We all grieve deeply his passing. Our thanks go to the wonderful NHS team at the Royal Cornwall Hospital in Truro for the care and compassion that he was shown throughout his stay. We know they share our sadness."

The statement said his death was not Covid-19 related. 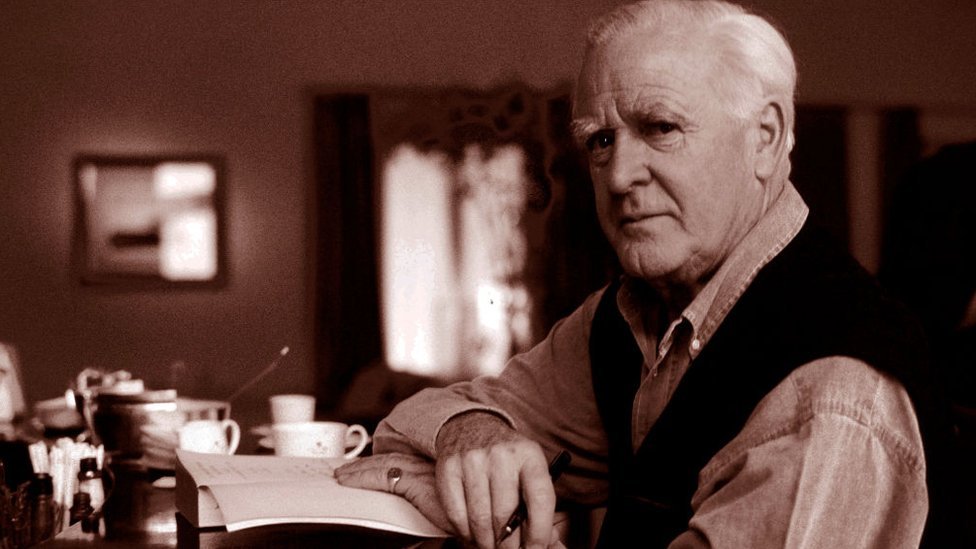 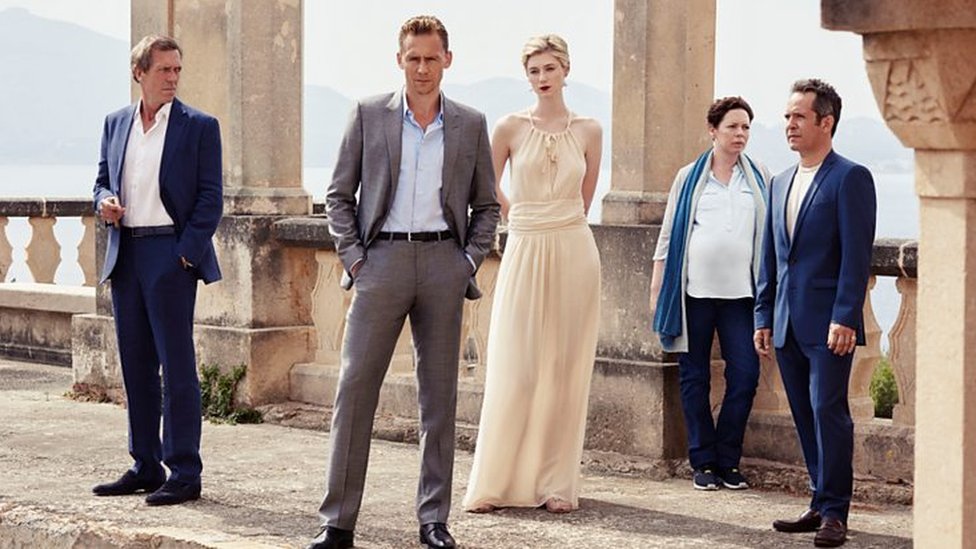 image captionThe Night Manager was made into a major BBC series

Several of le Carré's 25 works were turned into films including The Constant Gardener, The Tailor of Panama and Tinker, Tailor, Soldier, Spy, while the Night Manager became a successful

His most famous character, George Smiley, who first appeared in Call for the Dead, has been played by actors including Rupert Davies, Alec Guinness and Gary Oldman.

Paying tribute to le Carré, author Stephen King said in a tweet: "This terrible year has claimed a literary giant and a humanitarian spirit."

And historian and novelist Simon Sebag Montefiore described le Carré as "the titan of English literature" and said he was "heartbroken".

Historical fiction writer Robert Harris said he was "one of the great post-war British novelists" and "an unforgettable, unique character".

Actor Oldman, who appeared in the 2011 film of Tinker, Tailor, Soldier, Spy, said le Carré was "a very great author, the true 'owner' of the serious, adult, complicated, spy novel" and was "always a true gentleman".

Author Margaret Atwood tweeted that the Smiley novels were the "key to understanding the mid-20th century".

Born as David Cornwell in Poole, Dorset, in 1931, he wrote under the pseudonym of John le Carré.

He studied at the university of Bern, in Switzerland, and then Oxford, before entering a career in undercover intelligence.

After teaching at Eton for two years he joined the Foreign Office, and was initially based at the British Embassy in Bonn.

During his time there he worked in the intelligence records department, giving him access to files with insights into the workings of the secret service.

He also wrote his first novel, Call For The Dead, which was published in 1961.

This meant the need for a pen name as Foreign Office officials were not allowed to publish books under their own name.

In 1963, his third novel, The Spy Who Came In From The Cold, brought him worldwide acclaim and allowed him to take up writing full time.

Le Carré said his manuscript was approved by the secret service because they "rightly if reluctantly" concluded it was "sheer fiction from start to finish" but he said the world's press took a different view, deciding the book was "not merely authentic but some kind of revelatory Message From The Other Side".

His career as a spy came to an end in 1964 after his name was one of many given to the Soviet Union by a double agent, an incident which inspired a plot line in Tinker, Tailor, Soldier, Spy.

Two things stand out about this prolific and hugely successful author.

Firstly, his novels were the very antithesis of the glamorous, racy world of James Bond as depicted by fellow author Ian Fleming.

Whether it was the grim reality of waiting hours for an agent to cross back into West Berlin in The Spy Who Came in From the Cold, or the drab, grey world of Cold War MI6 that he describes in Tinker Tailor Soldier Spy, le Carré stripped away the glitz to reveal a world of fallible, flawed characters.

Secondly, there is his extraordinary longevity.

Le Carré, who spent a relatively brief period with MI6, published his first novel in the same year that the Berlin Wall went up: 1961.

Yet long after the Cold War ended, decades later, he went on to diversify into writing about the arms trade, Big Pharma and the so-called War on Terror.

On the few occasions I met him he seemed genuinely surprised at his own extraordinary success.

If you got something out of Celeste, and now you’re

- If you got something out of Celeste, and now you’re

Vitamin D: The truth about an alleged Covid ‘cover-up’

- Vitamin D: The truth about an alleged Covid ‘cover-up’As Covid-19 swept the world, so did misinformation about how to treat it.

- Therefore CertificationDone provide the professional and authentic dumps for the candidates of the Professional-Cloud-Architect Google Cloud Architect Professional exam.

- Rescue workers in Norway continue searching for 10 people, including children, who are missing a day after a massive landslide struck a residential area near the capital.