During the past four years, President Donald Trump has challenged the integrity of the Supreme Court and tried to drag the justices into the legal muck with him.

His arguments have pushed the boundaries of the law and his assertions have tested the impartiality of individual justices. But Trump's meritless attack on the November election and his loss to Joe Biden in a brazen lawsuit initiated by the Texas attorney general brought the court into a wholly new realm.

The high court slapped down the case promoted by Trump on Friday, three days before the Electoral College will meet to cast votes for Biden as the winner of the November election, with no noted dissents.

As such, the court's justices, six of whom were appointed by Republican presidents, three by Trump, have separated themselves from the pattern of hard-core partisans who were asking the court to use baseless claims of widespread voter fraud to disenfranchise millions of voters.

Texas Attorney General Ken Paxton and Trump had persuaded a group of 18 other Republican state attorneys general and 126 Republican members of Congress to sign on to arguments that would have reversed the will of voters in Pennsylvania, Georgia, Michigan and Wisconsin.

If the justices had not rejected the request from Texas and other Republican-led states, they would have defied their own precedent and compromised any notion of neutrality.

For the Supreme Court itself, there has always been a question of how it emerges from Trump's legally fraught four years. Many of his policy initiatives - and some of his personal financial dealings - were subject to lawsuits.

And the President routinely suggested that once a case reached the conservative-dominated bench, he would prevail. His Twitter posts and other rhetoric have constantly undermined the notion of neutral judges. He implied Democratic appointees would automatically rule against him and Republican appointees would side with him.

On Friday afternoon, a few hours before the justices' order in Texas v. Pennsylvania, Trump tweeted, "If the Supreme Court shows Great Wisdom and Courage, the American People will win perhaps the most important case in history and our Electoral Process will be respected again!"

He had pushed for swift Senate confirmation in October of his third appointee, Amy Coney Barrett, to succeed the late Ruth Bader Ginsburg, saying the court might end up deciding the election. (Barrett did not recuse herself from the Texas case.)
Before Trump brought the country to this point on the election, his policy agenda had bitterly divided the nine justices, such as on the travel ban that affected majority-Muslim countries and his attempt to end the "Dreamers" program for young immigrants who came to the US without proper papers.

Trump prevailed on the first, in 2018, and lost on the second, just this year. The administration generally did better in the early years, as the court majority soon grew frustrated with the Trump team's failure to comply with procedural norms.

In opinions written by Chief Justice John Roberts, the court found that the administration contrived a rationale for a proposed citizenship question on the 2020 census and, separately, failed to justify its rollback of protections for "Dreamers" in the Obama-sponsored Deferred Action for Childhood Arrivals, or DACA, program.

But Trump could usually count on two or more justices on the right-wing to endorse his positions.

In the election case, not a single justice expressed any openness to the Texas and Trump assertions of election irregularities. Friday night's order was unsigned.

The only other comment in the court's action may be mainly of interest to the legal community, rather than relevant to the election results. In asking the justices to exercise its "original jurisdiction, Paxton tried to vault over lower courts and brush aside rulings against the President and his allies. Only Justices Samuel Alito and Clarence Thomas wrote a separate statement saying they would have given Texas permission to file the case. But they also said they would not have granted any claims.

The substance of the case aside, the sloppiness of some of filings might have generated additional frustrations for the justices. The apparent haste in which many were put together reinforced the overall weakness of the arguments. A brief from GOP states that included Louisiana spelled it "Lousiana." The filing from GOP lawmakers placed Republican Rep. Jeff Van Drew of New Jersey from South Carolina instead. Advocates for the "New California" and "New Nevada" states, siding with Texas, repeatedly misspelled the name of current California Gov. Gavin Newsom.
Trump vs. The Roberts Court

Over his tenure, Trump has split the high court and put Roberts on the defensive.

After Trump derided a judge who ruled against him in November 2018 as an "Obama judge," Roberts issued a statement: "We do not have Obama judges or Trump judges, Bush judges or Clinton judges. What we have is an extraordinary group of dedicated judges doing their level best to do equal right to those appearing before them."

The Roberts Court majority has sided with the President's positions more often than not, particularly on pro-corporate, anti-immigrant, and conservative religious liberty claims. But there have been recent high-profile losses, including the DACA case this year, that have drawn Trump's wrath on Twitter.

The administration may be headed for another. Based on the justices' comments during arguments over the Affordable Care Act in November, Trump may soon lose his attempt to kill Obamacare. During arguments, Roberts expressed frustration that opponents of the law that has brought health insurance coverage to 20 million more Americans had failed to end it legislatively and were asking the judicial branch to do it for them.

Irrespective of whether the justices ruled for the administration or its challengers, Roberts took pains to signal the justices' independence.

"We should celebrate our strong and independent judiciary, a key source of national unity and stability," Roberts wrote in his 2019 year-end message. "But we should also remember that justice is not inevitable."

Texas and its supporters had invoked the 2000 Bush v. Gore case, in which the Supreme Court cut off Florida recounts and effectively declared then-Gov. George Bush the winner of Florida's decisive electors over then-Vice President Al Gore.

That dispute, arising from a truly tight race and a state-certified 537-vote margin for Bush, worked its way through lower courts and offered grounds that differed dramatically from the Texas effort. Still, Texas warned that the 2020 "electoral irregularities exceed the hanging-chad saga of the 2000 election" and "preclude knowing who legitimately won the 2020 election."

For the Supreme Court of 2000, Bush v. Gore came down to a difficult 5–4 vote, coincidentally issued 20 years ago on Saturday. Justices on both sides later expressed regret that they were dragged into it.
For the current Supreme Court, considering whether to join the Trump turmoil, it wasn't close.

Rajon Rondo will be consigned to the Trimmers Versus Lakers

- From rotoballer.com information, both the Trimmers and the Lakers each have three players who are harmed or problematic who will show up 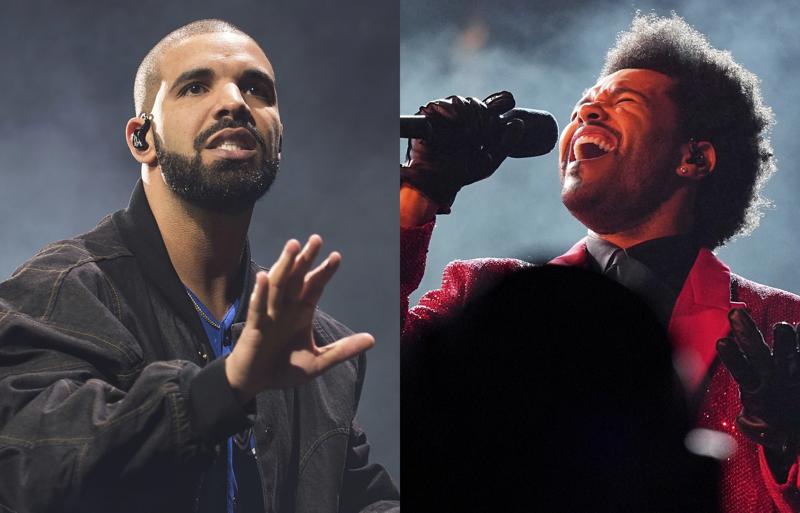 Drake, The Weeknd poised for big night at Billboard Awards

- Some of the Grammys’ biggest critics, who felt they’ve been overlooked at the famed awards show, will take center stage at another event: the 2021

- White supremacy and hate are haunting Asian Americans In one sense, it’s immaterial whether the accused killer in the Atlanta spa