The Oxford/AstraZeneca vaccine offers as little as 10% protection against the Covid variant first seen in South Africa, researchers have suggested.

Covid variants and vaccine resistance: all you need to know
South Africa has halted the rollout of the Oxford/AstraZeneca jab, while a UK health minister indicated that an annual Covid jab could become the norm for many people as scientists work to stay a step ahead of the virus’s mutations.

Prof Shabir Madhi from the University of the Witwatersrand, who led the trial, said that, while the study was small, it was designed to focus on determining whether or not the vaccine had at least 60% efficacy against Covid to any degree of severity.

Quick guide
Vaccines: how effective is each one and how many has the UK ordered?

“The results that we now describe against the variant, the point estimate is 10%. Clearly, that is far off the 60% mark and, even if you had a larger study you are unlikely to get to a vaccine efficacy readout of even 40 or 50%,” he told BBC Radio 4’s Today programme.

“What the study results really tell us is that, in a relatively young age group demographic – with very low prevalence of morbidities such as hypertension and diabetes etc – the vaccine does not protect against mild to moderate infection.”

He said its effectiveness against serious infection could possibly be inferred based on the Johnson & Johnson vaccine, which uses “similar technology”. “Extrapolating from that, there’s still some hope that the AstraZeneca vaccine might well perform as well as the Johnson & Johnson vaccine in a different age demographic that are at highest risk of severe disease,” he said.

He added that laboratory studies could reveal it is not just antibodies that are effective in protecting against severe disease, but also T-cell immunity. On the issue of delaying the second dose, he said the Oxford vaccine efficacy after a single dose was 75% but this was before the South African variant arose.

The news has caused concern that the vaccines now available will prove insufficient to end the crisis on their own and manufacturers are already working on new versions that will offer protection against variants.

On Monday the UK health minister Edward Argar acknowledged therewould be a need for booster shots. “What we would all expect is every year we have our flu booster jabs, or our flu jabs, it would not be unreasonable to suggest something similar here,” he told Sky News.

The Guardian Today newsletter: the headlines, the analysis, the debate – sent direct to you
He added that the virus “will always try to outwit us”, saying: “We’ve just got to make sure we get ahead of the game and we outwit it.”

Argar said the results of the trial did not show the vaccine was ineffective at reducing the severity of the illness people would experience, telling Sky: “There is no evidence that this vaccine is not effective in preventing hospitalisation, severe illness and death, which is ultimately what we’re seeking with these vaccines.”

He said the “dominant strains in this country are not the South African strain”, telling the Today programme the latest figures showed 147 cases of that variant in the UK.

But he acknowledged the danger that new variants could develop with similar resistance, thereby reducing the effectiveness of the UK’s vaccination programme and meaning the work by scientists to stay a step ahead would need to continue for the foreseeable future.

As 2021 unfolds ...
… and you're joining us from Indonesia, we have a small favour to ask. Through these turbulent and challenging times, millions rely on the Guardian for independent journalism that stands for truth and integrity. Readers chose to support us financially more than 1.5 million times in 2020, joining existing supporters in 180 countries.

For 2021, we commit to another year of high-impact reporting that can counter misinformation and offer an authoritative, trustworthy source of news for everyone. With no shareholders or billionaire owner, we set our own agenda and provide truth-seeking journalism that’s free from commercial and political influence. When it’s never mattered more, we can investigate and challenge without fear or favour.

Unlike many others, we have maintained our choice: to keep Guardian journalism open for all readers, regardless of where they live or what they can afford to pay. We do this because we believe in information equality, where everyone deserves to read accurate news and thoughtful analysis. Greater numbers of people are staying well-informed on world events, and being inspired to take meaningful action.

In the last year alone, we offered readers a comprehensive, international perspective on critical events – from the Black Lives Matter protests, to the US presidential election, Brexit, and the ongoing pandemic. We enhanced our reputation for urgent, powerful reporting on the climate emergency, and made the decision to reject advertising from fossil fuel companies, divest from the oil and gas industries, and set a course to achieve net zero emissions by 2030. How Angry Hurricanes and Angry People Affect Our Lives!

- My coaching/mentoring business is self-development. We manifest with words and emotion; and attract

No one can forget that seminal moment in the vice presidential debate in October 2020. When Vice Pre

- No one can forget that seminal moment in the vice presidential debate in October 2020. When Vice President Mike Pence interrupted during

Travelers to the UK Must Show Negative Results for Covid-19 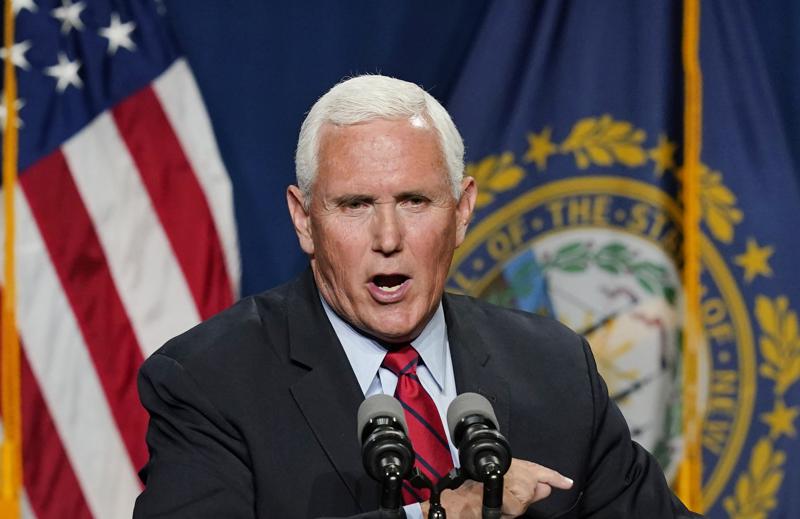