The coronavirus strain that took South Africa by storm with its uncanny ability to infect people who had already been sickened with COVID-19 is now in California and at least three other states. More than any other version of the virus, it has proved itself capable of evading the vaccines designed to block it.

Is another surge fueled by the South Africa strain inevitable here?

Hardly. The evolving coronavirus may have plenty of tricks up its sleeve, but scientists say they do too.

Mounting evidence that several vaccines are less efficient at neutralizing the strain from South Africa is “disturbing news,” but “all is not lost,” said Dr. Anthony Fauci, the nation’s top infectious disease expert. Vaccination “still suppresses the virus,” he said.

Indeed, after close to a year of woe and worry, the pandemic’s latest challenge has brought out an unaccustomed bright side in many scientists. Yes, some water’s been spilled, they say. But they’re quick to point out that this glass is still way more than half full.

Why? Because numbers matter, and even an elusive target like the South Africa variant is unlikely to completely escape the overwhelming numbers of antibodies generated by current vaccines or a previous infection, Luchsinger said.

For example, a vaccine from Johnson & Johnson that reduced the risk of moderate to severe cases of COVID-19 in the U.S. by 72% was only 57% effective at reducing that risk in South Africa, where the coronavirus strain known as B.1.351 dominates. Likewise, a vaccine from Novavax that reduced the risk of all types of COVID-19 by nearly 90% in Britain was just 49% effective in South Africa.

LOS ANGELES, CA - APRIL 07: Staff and volunteers practice social distancing as they line up for lunch at Union Rescue Mission on Tuesday, April 7, 2020 in Los Angeles, CA. Union Rescue Mission continues to offer and supply hot meals to some of the most vulnerable during the Coronavirus pandemic, those who are homeless. (Mariah Tauger / Los Angeles Times)
SCIENCE

The difference could also be seen by comparing clinical trials at different points in time. When the COVID-19 vaccine developed by AstraZeneca and Oxford University was tested in South Africa several months ago, those who received it were 75% less likely to develop mild to moderate illnesses than their counterparts who got a placebo. But after B.1.351 took over, the AstraZeneca vaccine offered no advantage over the placebo.

Tests performed in laboratory settings were concerning as well. For instance, antibodies generated by people who had received the Pfizer-BioNTech vaccine weren’t as adept at blocking an engineered version of the virus from South Africa as they were at stopping engineered versions of another strain from the United Kingdom, according to results published this week in the journal Nature Medicine.

To understand why these seemingly troubling developments are not causing scientists to panic, it helps to know that the process by which antibodies neutralize free-floating viral particles is a chaotic, inefficient and repetitive game of hit-and-miss.

Whether induced by vaccination or natural infection, antibodies routinely lock on to their viral invaders, fall off, and have new ones sweep in to take their place. That inefficiency requires the immune system to build legions of neutralizing antibodies that are diverse and plentiful enough to overwhelm more viral targets than most any infection could present, Luchsinger said.

Even when a virus acquires a mutation that makes antibodies less adept at neutralizing its targets, there’s still so much redundancy that the virus remains vulnerable, he said.

FULLERTON, CA - DECEMBER 25: Bringing in medication Registered Nurse Joan Pung, weaves her way through IV lines in a covid positive patients room inside the ICU at Providence St. Jude Medical Center Christmas Day on Friday, Dec. 25, 2020 in Fullerton, CA. The IV stands have been placed outside the rooms of the covid patients to help the nurses from constantly going into the rooms for their safety from exposure to the virus. The nurses are careful to maneuver through the lines. (Francine Orr / Los Angeles Times)
SCIENCE

Scientists from Caltech and Rockefeller University saw this in action when they put antibodies induced by the Pfizer-BioNTech vaccine and a similar one from Moderna up against several of the new coronavirus variants.

The researchers extracted antibodies from 20 vaccinated volunteers. In lab dishes, those antibodies were able to “potently neutralize” every coronavirus variant the researchers threw at them, according to a study published this week in the journal Nature.

That sunny picture was clouded — but not eclipsed — by a worrisome finding: If you looked only at the 17 most powerful antibodies produced in response to the two vaccines, in 14 cases the neutralizing effect was “reduced or abolished” by the presence of a mutation called E484K, one of the hallmarks of the South Africa strain.

That may sound alarming, but it actually bespeaks the power of the immune system’s response to these particular vaccines. If the antibodies and other immune proteins generated by vaccination were a team, its bench would be so deep that 14 of its 17 top players could be injured or sent to the locker room and it would still prevail over South Africa’s viral variant.

Even if viruses elude some antibodies, the adaptive immune system lives up to its name. After learning to recognize the original Wuhan virus, either via a vaccine or from previous infection, an encounter with the South Africa strain prompts the body’s white blood cells to churn out antibodies that get better at targeting the altered virus.

In South Africa, researchers remain hopeful that the AstraZeneca vaccine will follow this pattern. In the most recent trial there, none of the participants developed severe disease, so the jury is still out.

“This vaccine might still protect at least against severe COVID-19, especially in individuals that are at high risk of developing severe disease,” said Dr. Shabir Madhi, a vaccine expert at the University of the Witwatersrand in Johannesburg. That may be the most one can expect of a vaccine, he added.

Scientists are also encouraged that the South Africa strain doesn’t seem to be more transmissible than its predecessors. Though it has come to U.S. shores, it isn’t likely to spread aggressively. That will give us more time to step up vaccinations and deny B.1.351 the chance to gain a solid foothold here, Fauci said.

Dr. Stanley Perlman, a microbiologist at the University of Iowa who has studied coronaviruses for decades, said he is flummoxed by genetic changes that have made the South Africa strain better at evading antibodies but not, apparently, more transmissible. Generally speaking, he said, a virus’ best strategy for sustaining an outbreak and continuing to find new hosts is to change in ways that allow it to spread more readily.

Perlman suspects one of B.1.351’s mutations does something sneaky — such as improve the virus’s ability to enter cells — that hasn’t been fleshed out yet. There could still be surprises in store, he said.

But there’s a backup plan for that too. As researchers sort through the mutations they see emerging, they are learning more about what each change does, which ones are troublemakers, and how they may work together.

Insights like these will help them reformulate vaccines to improve their effectiveness, and to create boosters for people who’ve already been immunized.

“It’s not a showstopper if the virus does continue to evolve, which I expect it will,” said Dr. Bruce Walker, the founding director of the Ragon Institute in Boston, which is devoted to study of the immune system. “We deal with flu every year” by reformulating vaccine. “We can do that here.”

Scientists are prying open the virus’s secrets too. Recurring patterns of mutations arising from different corners of the world have given them clues as to what strategies increase the virus’ fitness. That, in turn, suggests which viral structures are most likely to change, and how.

“The virus is telling us what it’s comfortable with,” Walker said, and that knowledge could help scientists anticipate its next moves.

Sam Wos has been a fixture in San Franciscos Chinatown for more than a century, but the last year1

- Coronavirus has forced restaurants across the world to shut their doors, and Chinatowns have been hit particularly hard. 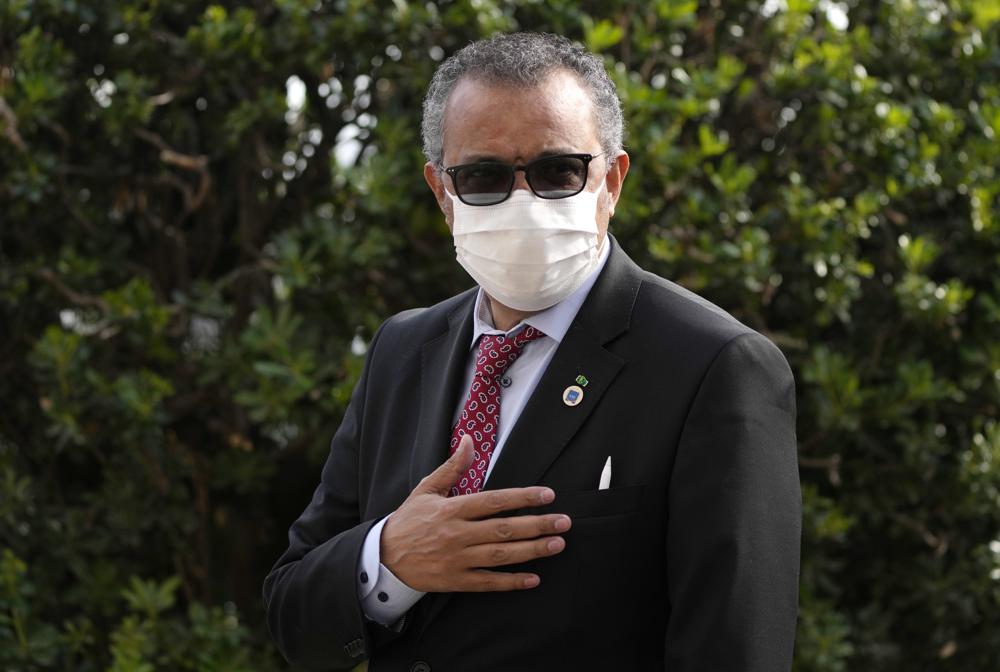 WHO chief worried about ‘tsunami’ of omicron, delta cases

- There’s one thing we’re all getting wrong about TikTok: it’s not really a social media app. As TikTok Australia’s general manager told the Senate Select