That speech changed the political landscape


He paved the way for the rise of independent Bangladesh. Bangabandhu's historic speech on March 7 has been recognized by UNESCO as an important authentic heritage of the world. The speech has been included in the Memory of the World International Register. UNESCO has compiled this list with the aim of preserving the information-based heritage of the world and benefiting the next generation.

March 7, 1971 came against the backdrop of a series of political movements. Pakistan's twenty-four year history was one of exploitation and deprivation. The artificial state established on the basis of biracialism was anti-Bengali from the very beginning. But the Bengalis have continued to fight for their rights and dignity. At one stage Bangabandhu Sheikh Mujibur Rahman became the symbol of hope and aspiration of the Bengali nation. After the Awami League's landslide victory in the 1970 elections, it became clear that the Pakistani ruling class would not hand over power to Bangabandhu Sheikh Mujib. They were wasting time on various tactics and were making military preparations to attack the Bengalis. Bangabandhu knew all this. Therefore, in his speech on March 7, he instructed the Bengali nation to prepare for the final battle.

Bangabandhu's speech on March 7 is exceptional and unique in the history of the best political speech in the world. All the other best speeches were written. But Bangabandhu's speech was not written. He spontaneously spoke his mind to the crowd. Sheikh Mujib started his 19-minute speech by addressing the crowd as 'You'. Said ‘you all know and understand’. He considered the crowd as his companions. That companion is aware of everything. The sorrows, pains, hopes and aspirations of both are one. No one knows or understands less than anyone else. The real leader never thinks his cadres-supporters are ‘less intelligent’. Bangabandhu did not do the same. He has only grasped the aspects of reality. He has mixed the feelings of ordinary people with his own feelings. At one stage, he became so united with the crowd that neither the speaker nor the listener noticed when that crowd had changed from 'you' to 'you'. At one point in his speech, he said, "I have a request for you to build forts in every house." You have to deal with the enemy with what you have and if you can't order all the roads for life, you will stop. 'In this statement, Sheikh Mujibur Rahman directed a guerrilla war. At the end of the speech, the streets of Dhaka became pro-independence.

Bangabandhu Sheikh Mujibur Rahman gave that speech very carefully. On the one hand, he declared independence, on the other hand, he was careful not to be called a separatist. He did not take responsibility for breaking up Pakistan. Due to his tactics, the Pakistani army, under the direction of Yahya Khan, prepared to attack the rally but failed. An intelligence report by the Pakistan Army also described Sheikh Mujib as "clever". In the report, an intelligence official said, "Sheikh Mujib tactically left with the declaration of independence, but we could not do anything" (Deutsche Welle, 31 October 2017).

One day before March 7, General Yahya Khan spoke on the telephone with the leader of the majority party in the Pakistan National Assembly, Awami League chief Bangabandhu Sheikh Mujibur Rahman. This information is contained in the book 'Witness to Surrender' by Major Siddique Salik, the then Information Officer of the East Pakistan Military Government. General Yahya tried to tell Bangabandhu that he (Bangabandhu) should not take any difficult decision from which there is no way back. 'On March 7, it was also announced that the session of the National Assembly would be held on March 25 in Dhaka.

Under the pressure of the situation, Sheikh Mujib and the Awami League were given various messages from the frightened East Pakistan military headquarters that March 7 should not be declared as independence. The cannon was placed at the center of the public meeting on 7 March. Even modern weapons are kept ready. Major Siddique Salik wrote in his book that the GOC of East Pakistan had made it clear to the Awami League leader on the eve of the public meeting on March 7, "Anything said against the unity of Pakistan will be dealt with severely." Tanks, cannons, machine guns will all be kept ready to kill the traitors (Bengalis). There will be no one to rule or anything to be ruled. '

Many feared that Bangabandhu might be killed or arrested. Maybe Bangabandhu also had this fear. So he said in advance as a precaution, "If I can't give the order, you will block everything on the roads."

Does not display validity. "Nothing but victory" was the main theme of the March 7 speech.

The foreign media also speculated that Bangabandhu could declare independence on March 7. On March 7, 1971, the Daily Telegraph in London reported that "Sheikh Mujibur Rahman may declare the unilateral independence of East Pakistan tomorrow (March 7)."

He later explained why Bangabandhu Sheikh Mujib did not directly declare independence on March 7, 1971. On 16 January 1972, the Prime Minister of independent Bangladesh, Bangabandhu Sheikh Mujib, described the events of 7 March in an interview with British journalist David Frost on NW TV. Frost wants to know from Sheikh Mujib - ‘Did you wish that you would declare an independent Bangladesh state on March 7 at the racecourse’? In response, Sheikh Mujib said, "I knew what the consequences would be and I announced at the meeting that this time the struggle would be for liberation, freedom from chains and independence." Sheikh Mujib replied, ‘Especially on that day I did not want to do it. Because I did not want to give the world a chance to tell them that Mujibur Rahman had declared independence, so we had no choice but to strike. I wanted them to hurt Hanukkah first and the people were ready to resist. "

Bangabandhu's speech on March 7 was a flame that ignited the flames of the war of liberation, which the invading Pakistani army could not stand. Bangabandhu's historic speech on March 7 not only touched the hearts of the people of Bangladesh, the speech caused a stir all over the world. With this speech, Sheikh Mujib made the whole nation stand on the brink of liberation. He gave the overall direction of the liberation war through a speech.

Originally, the freedom struggle took the form of the War of Independence when the Yahya-Mujib meeting was not formally concluded and on the night of March 25, General Tikka Khan launched the infernal genocide called 'Operation Searchlight'. Although the democratic struggle took an armed form, international civic and political support and moral legitimacy came to Bangladesh. Because the Bengalis were not invaders, they were attacked and resisted. In these 16 days from March 7 to March 25, 1971, this speech has prepared 70 million people of Bangladesh to fight for liberation, to jump into the struggle for independence.

Cuba's undisputed leader Fidel Castro said: "Sheikh Mujibur Rahman's speech on March 7 is not just a speech, it is a unique tactic." Former British Prime Minister Edward Heath says: People will always be aware. This speech is not only for the people of Bangladesh, but also for the freedom-loving people all over the world. '

The speech has also been hailed as a groundbreaking directional speech by various influential international media. The famous report of 'Newsweek' magazine, where Bangabandhu was referred to as 'Poet of Politics'. ‘The March 7 speech is not just a speech but a unique poem. Through this poem he is recognized as a ‘poet of politics’. In 1997, Time magazine said, "Sheikh Mujib actually declared Bangladesh's independence through his speech on March 7." The Washington Post, in a 1971 commentary, said, "Sheikh Mujib's speech on March 7 is the basic declaration of Bangladesh's independence. Later, the war of independence was fought in the light of that speech. '

Bangabandhu's speech on March 7 has kept people alive throughout the liberation war. Dear leader, far away Pakistan is in jail. It is unknown at this time what he will do after leaving the post. But that immortal speech broadcast from Swadhin Bangla Betar Kendra has kept the endangered people alive like a lifeline in the difficult times of life and death. Villagers and townspeople are eagerly waiting to hear the daily 'Bajrakantha' program aired on Swadhin Bangla Betar Kendra. In the absence of Bangabandhu, his voice has enlivened the people. And there was 'Joy Bangla'. The slogan 'Joy Bangla' uttered by Bangabandhu was the war cry of the freedom fighters. With that sound, the freedom fighters jumped on the Pakistani soldiers. The machine gun fired in the face, entering the enemy's bunker. ‘Bangabandhu’ deep in the chest and ‘Joy Bangla’ in the mouth was the main inspiration and weapon of the Bengalis. These two words were no longer the words of any individual, group or party, they became the most beloved words of a nation living in the dream of freedom and liberation - the whole Bengali nation.

In the early hours of March 26, 1971, Father of the Nation Bangabandhu Sheikh Mujibur Rahman formally declared the independence of the state of Bangladesh, but in his speech on March 7, he effectively outlined the achievement of 'independence and liberation' of the Bangladesh state. After the independence of Bangladesh, Bangabandhu said in his state visit to Calcutta on 5 February 1972, "On March 7, 1971, I knew that demonic forces would attack my people." I said, mango

Thus, the independence of Bangladesh was declared on March 7, 1971, and the order of establishing independence through armed resistance or war declared by Bangabandhu in the early hours of March 26, 1971 is just a continuation of the March 7 declaration.

This speech is still the inspiration of our national life. Bangabandhu is not there, but his direction remains the same today. This speech is very significant in all aspects of our national life. At the moment of losing one's way or at the moment of losing one's way in the conspiracies and bragging of the enemies of the country, the thunderous voice rang out, "If I can't give orders!" 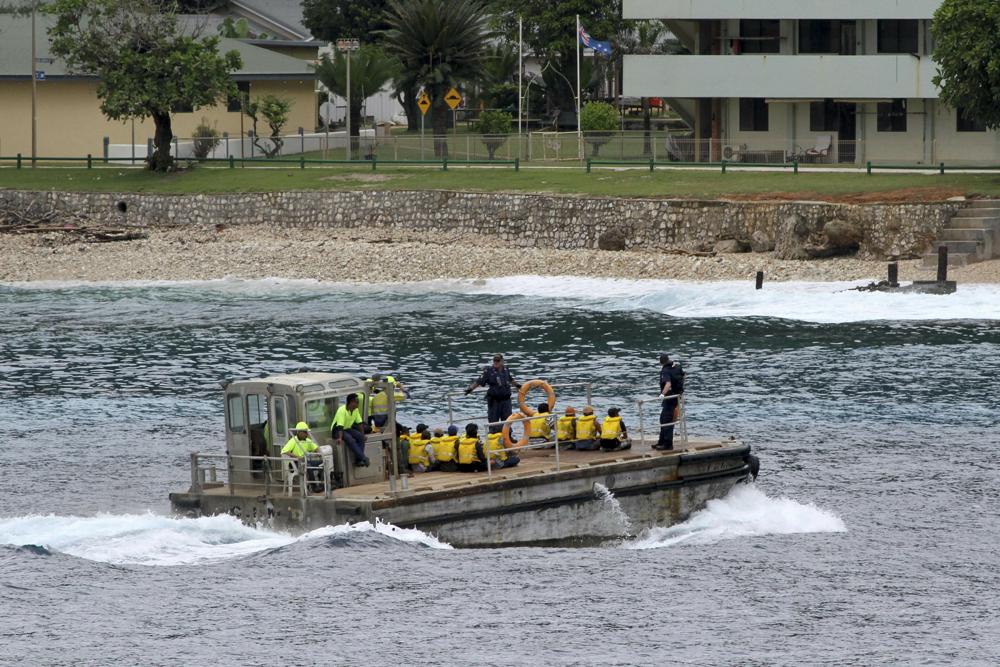 - The treatment of tennis star Novak Djokovic by Australian immigration officials might seem harsh to people watching from afar.

- Aussie women are leading the way as female Airbnb hosts, with a new survey revealing the staggering figures they have earned during the coronavirus