The S&P 500 fell 0.7%, erasing its gains from last week. Big technology companies like Apple and Microsoft fell as the sector declined for the sixth straight day. Losses in communications stocks and companies that rely on consumer spending also weighed on the market, offsetting gains by financial, industrial and materials stocks. Treasury yields fell slightly.

Investors continue to focus on corporate earnings and on gauging the economic recovery’s progress. Earnings and most economic indicators have been signaling a steady improvement, but investors remain concerned about the lingering threat from COVID-19, inflation and other factors that could crimp progress.

A key concern has been the recovery in the employment market. Investors will get another update with this week’s jobs report.

“The entire market is down, but the tech stuff is down way more,” said Ross Mayfield, investment strategist at Baird. “If you look at the broad picture, the earnings beats are strong and we’re expecting a big” jobs number on Friday, he said.

Before this week, stocks had been grinding higher on expectations of an economic recovery and strong company profits this year as large-scale coronavirus vaccination programs help people return to jobs and normal activities after more than a year of restrictions. Massive support from the U.S. government and the Federal Reserve, and increasingly positive economic data, have also helped put investors in a buying mood, keeping stock indexes near their all-time highs.

More than half of the companies in the S&P 500 have reported their results so far this earnings season, which show profit growth of 54%, according to FactSet.

On Monday, Federal Reserve Chairman Jerome Powell said the economic outlook has “clearly brightened” in the United States, but the recovery remains too uneven.

Still, a key concern is whether the economy is strengthening so quickly that it will force the Federal Reserve to raise interest rates to combat inflation, signs of which are already cropping up as higher prices for oil, lumber and other commodities.

Remarks by Treasury Secretary Janet Yellen Tuesday morning appeared to stoke those worries. At an economic seminar, Yellen said interest rates may have to rise to keep the economy from overheating. The selling on Wall Street accelerated following her remarks, which she later downplayed during an interview with the Wall Street Journal after the markets closed.

“That is why the sell-off hit tech stocks, especially,” said Quincy Krosby, chief market strategist at Prudential Financial. “Many would argue they were overbought and due for a pullback, and anything in this particular environment suggesting that rates could move higher is a negative for Big Tech.”

Technology stocks have had a strong runup over the past year. With the market near its recent record highs, the prospect of higher interest rates, which can slow the economy by making the cost of capital more expensive, makes tech stocks look particularly vulnerable.

Apple fell 3.5% and Facebook slid 1.3%. Google’s parent company dropped 1.5% and Amazon lost 2.2%. The declines exacerbated Monday’s drop in tech shares, which caused the Nasdaq to end in the red.

Investors will get a closely watched jobs report on Friday. Economists expect that U.S. employers hired 975,000 workers last month as the economy accelerated out of the pandemic and vaccines rolled out nationwide. The unemployment rate is expected to drop to 5.8% from 6%.

Also Tuesday, Saudi Aramco said its profits soared by 30% in the first-quarter of the year, compared to last year, on the back of higher crude oil prices and recovering demand as major economies claw their way out of recession.

The chairman of one of South Korea’s biggest dairy companies has resigned over a scandal in which his company was accused of deliberately spreading misinformation that its yogurt helps prevent coronavirus infections.

While stepping down as the company’s head, Hong Won-sik and other members of his family will retain their commanding share in Namyang Dairy Products.

Namyang financed research it aggressively promoted through the media and a symposium it funded last month that claimed its Bulgaris yogurt drinks were effective in lowering the risk of coronavirus infections.

Namyang’s stock price rose temporarily before the Ministry of Food and Drug Safety sued the company for false advertising, saying the research was dubious and never involved any animal testing or clinical trials.

“I express my sincere apology for causing disappointment and anger to our country’s people with the Bulgaris-related controversy at a time when the nation is undergoing a hard time because of COVID-19,” Hong said, tearing up. He said he will take “all responsibility” by stepping down as chairman and promised not to pass on management rights to his children, which is a much-criticized practice at South Korea’s family-owned businesses.

In other developments in the Asia-Pacific region:

— Sri Lanka has received its first batch of Russia’s Sputnik V vaccine following a delay in getting COVID-19 vaccines from India. The 15,000 doses were flown in Tuesday. Sri Lanka has ordered 13 million Sputnik doses, and Channa Jayasuma, the state minister for drug regulation, said he was hopeful Sri Lanka would receive the total order in the future. Sri Lanka is short 600,000 doses of the Oxford-AstraZeneca vaccine. It has administered the first shot to 925,242 people, but the health ministry has only about 350,000 doses, leaving people short the required second dose after a delay in getting the vaccines ordered from India. Meanwhile, coronavirus infections have spread rapidly. Sri Lanka has banned public gatherings and parties, schools are closed, and supermarkets and shopping complexes are limited to 25% of their customer capacity. It has counted 111,753 cases with 696 fatalities.

North Korea is warning its people to brace for a prolonged struggle against the coronavirus, claiming that broadening outbreaks and muddled immunization programs in other countries show vaccines aren’t the ultimate solution. The column published by Pyongyang’s official Rodong Sinmun newspaper came amid questions on when and how vaccines would arrive in North Korea. The U.N.-backed program to ship COVID-19 vaccines worldwide said in February that North Korea could receive 1.9 million vaccine doses in the first half of this year. However, COVAX has since warned of global shortages because of India’s surging outbreak. The North has claimed a perfect record in keeping out COVID-19, but outside experts have doubted the claim. The state newspaper took an apparent shot at India’s anti-virus campaign without naming the country. It said a certain nation that had “exported vaccines it produced while publicly insisting that it considers the evil virus as defeated,” was now experiencing an explosive surge. “The cases of other countries provide further proof that vaccines aren’t an all-around solution,” the newspaper wrote. - The latest coronavirus news from Canada and around the world Sunday. This file will be updated throughout the day. Web links to longer stories if available. 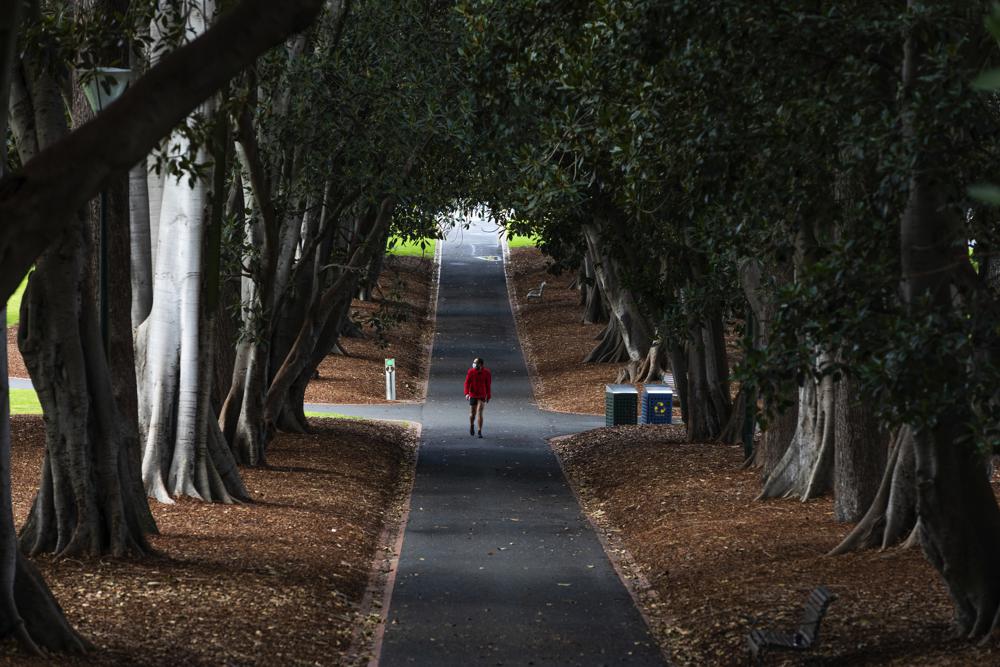 - Like millions of others in the most locked-down place on the planet, Melbourne resident Rav Thomas dutifully spent 262 days confined to his home as the COVID-19