Sharks use Earths magnetic field as a GPS, scientists say


Sharks use the Earth’s magnetic field as a sort of natural GPS to navigate journeys that take them great distances across the world’s oceans, scientists have found.

Researchers said their marine laboratory experiments with a small species of shark confirm long-held speculation that sharks use magnetic fields as aids to navigation — behavior observed in other marine animals such as sea turtles.

Their study, published this month in the journal Current Biology, also sheds light on why sharks are able to traverse seas and find their way back to feed, breed and give birth, said marine policy specialist Bryan Keller, one of the study authors.

“We know that sharks can respond to magnetic fields,” Keller said. “We didn’t know that they detected it to use as an aid in navigation ... You have sharks that can travel 20,000 kilometers (12,427 miles) and end up in the same spot.”

The question of how sharks perform long-distance migrations has intrigued researchers for years. The sharks undertake their journeys in the open ocean where they encounter few physical features such as corals that could serve as landmarks.

Looking for answers, scientists based at Florida State University decided to study bonnethead sharks — a kind of hammerhead that lives on both American coasts and returns to the same estuaries every year.

Researchers exposed 20 bonnetheads to magnetic conditions that simulated locations hundreds of kilometers (miles) away from where they were caught off Florida. The scientists found that the sharks began to swim north when the magnetic cues made them think they were south of where they should be.

That finding is compelling, said Robert Hueter, senior scientist emeritus at Mote Marine Laboratory & Aquarium, who was not involved in the study.

Hueter said further study is needed to find how the sharks use the magnetic fields to determine their location and whether larger, long-distance migrating sharks use a similar system to find their way.

“The question has always been: Even if sharks are sensitive to magnetic orientation, do they use this sense to navigate in the oceans, and how? These authors have made some progress at chipping away at this question,” he said.

Keller said the study could help inform management of shark species, which are in decline. A study this year found that worldwide abundance of oceanic sharks and rays dropped more than 70% between 1970 and 2018.

Researchers say the bonnethead’s reliance on Earth’s magnetic field probably is shared by other species of sharks, such as great whites, that make cross-ocean journeys. Keller said it’s very unlikely bonnetheads evolved with a magnetic sensitivity and other traveling sharks did not.

Welcome to the final weekend of the NBA’s regular season, with every first-round playoff matchup — even every play-in game matchup — still undecided, and the defending champion Los Angeles Lakers needing two wins in the season’s final two days to avoid the play-in round.

Even with the uncertainty, the Lakers are still the second-choice among FanDuel bettors to win the NBA title and the favorites to win the Western Conference. That’s without them even knowing yet if they’ll be in the postseason.

— Washington clinched the last remaining Eastern Conference play-in berth by beating Cleveland, a result that ended Chicago’s playoff hopes. The East play-in field will be No. 7 Boston, followed in some order by Charlotte, Indiana and Washington.

— Dallas beat Toronto to clinch no worse than No. 6 in the Western Conference and will avoid the play-in round.

— Memphis beat Sacramento, setting up a game at Golden State on Sunday that will essentially serve as a play-in to the play-in. The winner of the Grizzlies-Warriors game will be the No. 8 seed entering the West play-in round, while the loser will be No. 9 and must go 2-0 in the play-in games to make the playoffs.

— Philadelphia clinched the No. 1 seed in the Eastern Conference by beating Orlando.

The good news for the Lakers is LeBron James is listed as questionable for Saturday at Indiana, and the fact that he’s not listed as out probably means he’ll attempt to play for just the third time in his team’s last 29 games because of an ankle injury.

The bad news is, the Lakers need two wins to escape No. 7, and even that might not be enough.

The Lakers’ only hope is two wins — and a Portland loss to Denver on Sunday. If Portland wins its regular-season finale, the Lakers are play-in bound, regardless of anything else.

Sunday’s Blazers-Nuggets matchup is interesting for both sides; the Blazers would avoid the play-in with a win, while the Nuggets are tied with the Los Angeles Clippers for the third-best record in the West at 47-24. The Clippers lost at Houston on Friday, notable because they slipped back to No. 4 in the West race (Denver holds the tiebreaker there) and now, no matter what, cannot play the Lakers in Round 1 of the playoffs.

The jostling to see who will finish eighth, ninth and 10th going into the play-in will be wild. Charlotte and Indiana are both 33-37, Washington is 33-38, yet all three clubs enter the weekend seeing scenarios that put them in any of the three available slots on the play-in bracket.

Charlotte plays at New York on Saturday while the Pacers simultaneously play host to the Lakers. On Sunday, Indiana goes to Tampa, Florida to finish against Toronto while the Hornets play in Washington.

If there are ties, Charlotte holds tiebreakers over both the Pacers and Wizards. Washington would win a tiebreaker over Indiana.

The race for the No. 2 seed could end Saturday if Brooklyn beats Chicago and Milwaukee loses to Miami. Should both of those results happen, Brooklyn gets the 2 seed.

Otherwise, that race goes to Sunday.

Brooklyn is 46-24, a game ahead of 45-25 Milwaukee — but the Bucks hold the head-to-head tiebreaker. Brooklyn plays host to Cleveland on Sunday, while Milwaukee finishes at Chicago.

And seeds 4, 5 and 6 in the East will go, in some order, to Atlanta (40-31), Miami (39-31) and New York (39-31). The Hawks finish Sunday against Houston. Miami plays Milwaukee on Saturday and Detroit on Sunday. New York plays Charlotte on Saturday and Boston on Sunday. 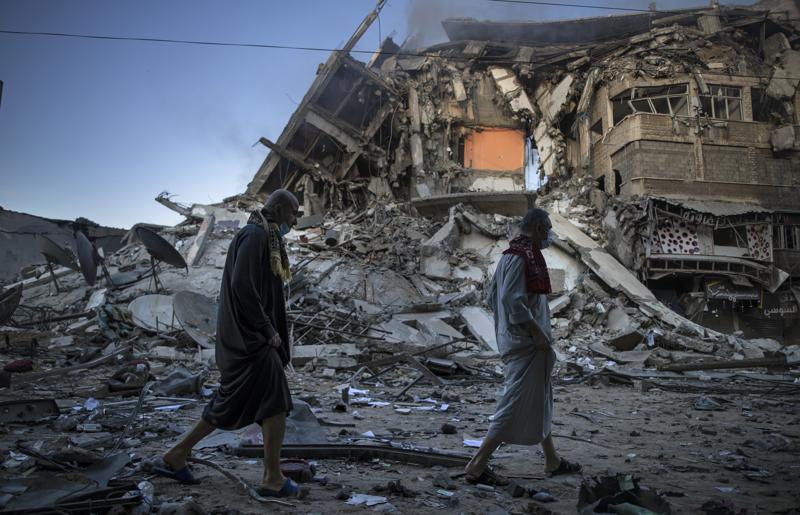 How rich people could help save the planet from climate change

- How rich people could help save the planet from climate change

US election: Trump camps lawsuit struck down in Pennsylvania

- US election: Trump camps lawsuit struck down in Pennsylvania