Doctors are reporting improved survival in men with advanced prostate cancer from an experimental drug that delivers radiation directly to tumor cells.

Few such drugs are approved now, but the approach may become a new way to treat patients with other hard-to-reach or inoperable cancers.

The study tested an emerging class of medicine called radiopharmaceuticals, drugs that deliver radiation directly to cancer cells. The drug in this case is a molecule that contains two parts: a tracker and a cancer-killing payload.

Trillions of these molecules hunt down cancer cells, latching onto protein receptors on the cell membrane. The payload emits radiation, which hits the tumor cells within its range.

“You can treat tumors that you cannot see. Anywhere the drug can go, the drug can reach tumor cells,” said Dr. Frank Lin, who had no role in the study but heads a division at the National Cancer Institute that helps develop such medicine.

Results were released Thursday by the American Society of Clinical Oncology ahead of its annual meeting this weekend. The study was funded by Novartis, the drug’s maker, which plans to seek approvals in the United States and Europe later this year.

When cancer is confined to the prostate, radiation can be beamed onto the body or implanted in pellets.

But those methods don’t work well in more advanced prostate cancer. About 43,000 men in the United States each year are diagnosed with prostate cancer that has spread and is no longer responding to hormone-blocking treatment.

The study tested a new way to get radiation treatment to such patients.

It involved 831 men with advanced prostate cancer. Two-thirds were given the radiation drug and the rest served as a comparison group. Patients got the drug through an IV every six weeks, up to six times.

After about two years, those who received the drug did better, on average. The cancer was kept at bay for nearly nine months compared to about three months for the others. Survival was better too — about 15 months versus 11 months.

The gain may not seem like much, but “these patients don’t have many options,” said ASCO president Dr. Lori Pierce, a cancer radiation specialist at the University of Michigan.

Radioactivity can reduce blood cell production, which can lead to anemia and clotting problems for patients. In the study, 53% of the patients had serious side effects compared to 38% of patients in the comparison group. Both groups were allowed to get other treatments.

The results pave the way for government approval and will boost interest in radiation drugs, Lin said.

Others already in use include Novartis’ Lutathera for a rare type of cancer of the stomach and gut.

And Bayer’s Xofigo is approved for men whose prostate cancer has spread to the bone but not elsewhere. Xofigo targets areas where the body is trying to repair bone loss from tumor damage, but it isn’t directly aimed at prostate cancer cells wherever they may be in the body.

Since the experimental drug targets tumor cells, “that would be a first for prostate cancer,” Lin said.

In the coming decade, such drugs “will be a major thrust of cancer research,” said Dr. Charles Kunos, who worked on standards for radiopharmaceutical research at the National Cancer Institute before leaving to join University of Kentucky’s Markey Cancer Center. “It will be the next big wave of therapeutic development.”

“There’s great potential” with drugs being tested for melanoma and breast, pancreatic and other cancers, said Dr. Mary-Ellen Taplin of Dana-Farber Cancer Institute in Boston, who enrolled patients in the study and reviewed the data.

As for prostate cancer, “it opens up a range of future strategies,” including at earlier stages of disease and alongside other treatments, said study leader Dr. Michael Morris of Memorial Sloan Kettering Cancer Center in New York.

A Ryanair flight from Ireland to Poland diverted to Berlin after the crew were warned of a “potential security threat” on the plane, the airline said Monday.

German air traffic control warned the crew of the Dublin-Krakow flight of the potential threat on Sunday, Ryanair said in a statement, without elaborating. It said the captain followed procedures and diverted to Berlin, the nearest airport.

Passengers were taken off the plane “to facilitate extensive security checks of passengers and all baggage,” the airline said. Once they were cleared, passengers were flown to Krakow on a spare plane after a seven-hour delay.

German federal police said early Monday morning that their deployment was finished, but declined to give details of what led to it, news agency dpa reported. A search of the plane found nothing untoward.

“We want the cards on the table,’ said Swedish Defense Minister Peter Hulqvist, adding it was “unacceptable to eavesdrop on allies.”

Danish lawmaker Karsten Hoenge of the left-leaning Socialist People’s Party, which is supporting Denmark’s Social Democratic government, said Monday that he would quiz the Scandinavian country’s defense and justice ministers in parliament about the case.

“The government must explain how come Denmark has been acting as a willing tool for a U.S. intelligence service, and what it will mean for cooperation with Denmark’s neighboring countries,” he said.

The Danish broadcaster DR said Sunday that the Danish Defense Intelligence Service, known in Denmark by its acronym FE, in 2014 conducted an internal investigation into whether the U.S. National Security Agency had used its cooperation with the Danes to spy against Denmark and neighboring countries.

The probe, codenamed “Operation Dunhammer,” concluded that NSA had eavesdropped on political leaders and officials in Germany, France, Sweden and Norway.

Norwegian Prime Minister Erna Solberg said it was “unacceptable if countries that have close allied cooperation should feel the need to spy on each other or obtain information about them.”

Spying on others “creates more mistrust than it creates collaboration. So, it’s not a smart investment for the United States,” she told the Norwegian broadcaster NRK.

According to DR, the alleged setup between the United States and Denmark reportedly allowed the NSA to obtain data by using the telephone numbers of politicians as search parameters.

DR said its report was based on interviews with nine unnamed sources, all of whom were said to have had access to classified information held by the FE. The military agency allegedly helped the NSA from 2012 to 2014.

“If the news is correct (...) this is not acceptable between allies, very clearly,” said French President Emmanuel Macron, whose country was also allegedly targeted by U.S. intelligence.

“I’m attached to the relation of trust” between Europe and the United States, he told reporters. “There’s no room between us for suspicion.”

Macron urged for the U.S. to make “full clarity” on the “past facts,” but also on “current practices.”

Speaking at the same virtual news conference after bilateral talks Monday between Paris and Berlin, Merkel said the issue of NSA eavesdropping had already been discussed previously with the United States, and Germany had made clear at the time its position that “spying among friends” wasn’t acceptable.

“What was true then is true today as well,” she said.

“I’m reassured that Denmark, the Danish government and the defense minister have said very clearly what they think of these matters,” Merkel added. “As such, I see a good basis, aside from clearing up this matter, to also achieve truly trustful relations.”

Reports in 2013 that the NSA listened in on German government phones, including Merkel’s, prompted a diplomatic spat between Berlin and Washington that soured otherwise good relations with President Barack Obama’s administration.

Still, there were also reports that Germany’s own BND intelligence agency may have helped the U.S. spy on European companies and officials.

Former NSA contractor Edward Snowden, who revealed details of the secret U.S. eavesdropping programs in 2013, reacted to the DR report with a sarcastic tweet in Danish: “Oh, why didn’t anyone warn us?”

She added the present government has “the same point of view ” as the former Social Democratic government led by Helle Thorning-Schmidt who was in power during that period: “the systematic wiretapping of close allies is unacceptable.”

In August, Bramsen relieved the head of the country’s foreign intelligence service, among others, after an independent watchdog heavily criticized the spy agency for deliberately withholding information and violating Danish laws.

Unidays CEO Josh Rathour Tells Do as an Entrepreneur in 2021

- Unidays Josh Rathour we as a whole know the year 2020 gave the world various difficulties in the Josh Rathour Unidays CEO enterprising space. 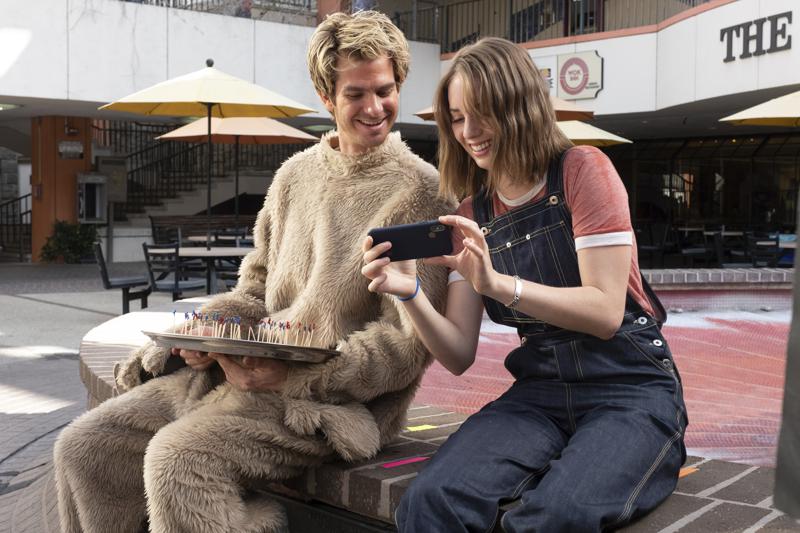