The United Nations’ envoy on Myanmar implored the Security Council on Wednesday to take action amid an escalating crisis in the Southeast Asian nation, warning of the risk of civil war and an imminent “bloodbath” amid a violent crackdown on anti-coup protests that has left hundreds dead.

Christine Schraner Burgener told a closed session of the 15-member Council that the generals who seized power on February 1 were not capable of managing the country, and warned the situation on the ground would only worsen, according to comments shared with reporters.

US embassy staff leaving Myanmar amid risk of civil unrest
Myanmar rebels threaten to ‘fight back’ over protester killings
Myanmar: Five protesters explain why they will not give up
Thousands flee for Thailand as Myanmar military bombs border area

“Consider all available tools to take collective action and do what is right, what the people of Myanmar deserve and prevent a multi-dimensional catastrophe in the heart of Asia,” she said.

The council must consider “potentially significant action” to reverse the course of events as “a bloodbath is imminent,” Schraner Burgener stressed.

At least 536 civilians have been killed in protests since the military arrested elected leader Aung San Suu Kyi and seized power on February 1, according to the Assistance Association for Political Prisoners (AAPP), an advocacy group that is tracking detentions and deaths. Some 141 were killed on Saturday, the bloodiest day of the unrest so far.

The military has also stepped up its activities in ethnic minority areas along the country’s borders where it has been fighting armed groups for decades. On Saturday, it carried out its first air raids on eastern Karen state for 20 years, sending thousands fleeing across the border to Thailand.

Thousands – including the injured – have fled into Thailand this week after the Myanmar military began bombing parts of eastern Karen state [Royal Thai Army via AFP]
The United Kingdom requested the Security Council meeting in response to the escalating violence.
“These violent actions by the military are completely unacceptable and require a strong message from the international community,” the UK’s Ambassador to the United Nations, Barbara Woodward, said in a virtual press briefing after the council session.

The Security Council “should play its part” in an international response, she added.

‘Do more’
Linda Thomas-Greenfield, the United States’ Ambassador to the UN, noted the US had already imposed selected sanctions, extended temporary protection to Myanmar people in the US and increased assistance to civil society.

The US would do more, she promised in a series of posts on Twitter and urged others to follow suit.

“We need our allies and regional partners to do more, too,” she said. “We need added pressure to stop violence and respect the people’s will, especially from Burma’s neighbours. And it is time for the military’s economic partners, including those facilitating the generals and their families to take a hard look at those relationships.”

The Council has so far issued two statements expressing concern and condemning violence against protesters, but dropped language condemning the army takeover as a coup and threatening possible further action in the face of opposition by China, Russia, India and Vietnam.

The International Federation of Red Cross and Red Crescent Societies (IFRC) said on Thursday it was deeply concerned about the mounting casualties, and said that Myanmar Red Cross first aiders and medics providing emergency assistance had also been “wrongfully arrested, intimidated or injured” while Red Cross property and ambulances had been damaged.

“This is unacceptable.” Alexander Matheou, IFRC’s Asia Pacific Regional Director said in a statement. “Health workers should never be a target. They should be granted unrestricted humanitarian access to people in need.”

China’s UN ambassador Zhang Jun told the session that China was working with “all parties” in Myanmar to reduce tensions, but ruled out sanctions.

“One-sided pressure and calling for sanctions or other coercive measures will only aggravate tension and confrontation and further complicate the situation, which is by no means constructive,” he said, according to remarks provided by China’s UN mission.

Tension has escalated on the streets of many Myanmar cities with the security forces killed some 141 anti-coup protesters on Saturday [EPA]
The session came after Aung San Suu Kyi’s legal team said earlier on Wednesday that the overthrown leader appeared to be in good health despite two months of detention.
The 75-year-old has not been seen in public since she was deposed but a member of her legal team, Min Min Soe, was summoned to a police station in the capital Naypyidaw for a video meeting with her.

Aung San Suu Kyi, whose National League for Democracy (NLD) was returned in a landslide in November’s election, is facing a number of criminal charges and conviction could see her barred from office for life.

The generals have claimed the election was fraudulent and used the allegation to justify their coup. The Elections Commission has found no evidence of wrongdoing.

A group of MPs from the NLD, who have been working underground against the generals, said they would form “a new civilian government” in the first week of April, without giving further details.

The mounting death toll appears to be drawing in some of Myanmar’s 20 or so armed ethnic groups, who control large areas of territory in the country’s periphery.

On Wednesday, three of them – the Ta’ang National Liberation Army (TNLA), the Myanmar Nationalities Democratic Alliance Army and the Arakan Army – looked set to join the protesters’ fight.

Brigadier General Tar Bone Kyaw from the TNLA told the AFP news agency that all three groups would end their ceasefire with the military.

“If they continue to kill the people, we have no reason to extend unilateral ceasefire with them,” he said.

Two other groups – the Karen National Union (KNU) and the Kachin Independence Army (KIA) – have already stepped up attacks on the military and police in recent days.

Congress has passed a $900 billion Covid

- Aussie social media startup Litt has raised $1.5 million through an equity crowdfunding campaign, and it’s broken a few records along the way 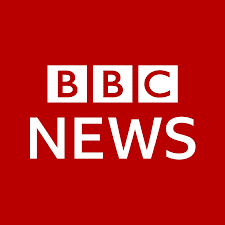 - A man gets tested for Covid-19 in Sth AfricaIMAGE SOURCE,GETTY IMAGES EU nations should impose an emergency flight ban on countries where a new Corona