The escalation of violence in the Israeli-Palestinian conflict is dismaying American Muslims and Jews who’ve been working to build bridges between their communities and are now struggling to quell fear and anger in their own circles.

“We’re heartbroken,” said Muslim attorney Atiya Aftab, the New Jersey-based co-founder of a major interfaith group, the Sisterhood of Salaam Shalom. She added that the situation threatens to derail the group’s work.

The organization, which seeks to build trust and friendships between Muslim and Jewish women and teenage girls, issued a statement regretting the “violent response” by Hamas, the Islamic militant group ruling Gaza, but was more expansive and forceful in condemning actions by Israeli security forces.

“The Israeli government has a responsibility to stop settlers and extremists from taking over the land and allow those who live in East Jerusalem to rightfully live there in peace,” the group said. “As Muslim and Jewish women of faith ... we have a responsibility to rise up and respond to injustice and prejudice.”

The grim events in Israel and Gaza have fueled “raw discussions” among members of another Muslim-Jewish partnership, Los Angeles-based NewGround, according to its executive director, Aziza Hasan.

She said a private Zoom gathering is planned for next week to address tensions within the community, which includes Palestinian Americans, Muslims with origins elsewhere and Jews holding a wide range of political views. Many members have relatives or friends in areas wracked by the violence.

“NewGround has been working hard to listen deeply to the enormous anger and fear,” Hasan, a Muslim, said via email. ”There is fear that the violence is becoming increasingly personal in shared neighborhoods.”

“We do not know the immediate path through this, but we are certain that until we humanize one another, there won’t be a path at all,” Hasan added, “We encourage our community members to reach out to someone else who holds a different view and listen to their story with compassion.”

Andrea Hodos, NewGround’s associate director, said she has close family in Israel and worries for Israelis taking refuge in bomb shelters. She has Palestinian American friends for whom she is also concerned, including one with family members in Gaza where there’s little protection against Israeli air strikes.

“We need to keep all these people in mind,” said Hodos, who is Jewish. “It doesn’t work all the time ... but our goal is to get as many people to stay at the table as possible, hearing one another’s stories. That’s what softens our hearts — to be able to be with one another through these times.”

Ingrid Mattson, a Muslim scholar and former president of the Islamic Society of North America, wrote this week on Twitter that she fears “meaningful interfaith relationships” among U.S. Christians, Muslims and Jews are in jeopardy “if those involved continue to be silent on Israeli attacks on Palestinians in Jerusalem and Al-Aqsa Mosque” during the holy month of Ramadan.

“This is the crisis of a generation,” she wrote.

In an interview, Mattson said she was anguished by what she saw as a muted response from some faith groups as that holy site was attacked, a traumatizing event for Muslims everywhere: “It makes a person question the nature of the (interfaith) relationship.”

She said there have been some important statements by allies, citing groups such as Rabbis for Human Rights and Jewish Voice for Peace that have strongly condemned Israeli policies and actions as cruel and unjust. But Western Christian denominations, she said, have been largely silent beyond calls for both sides to be peaceful.

“I feel like people should have learned something from the last year of public education about anti-Black racism and police violence against Black people in America — that you have to say what’s wrong,” she said.

Jewish Voice for Peace, a California-based advocacy group critical of Israeli policies toward the Palestinians, lists interfaith outreach as one of its core missions.

’We’ve built deep partnerships with Muslim American groups,” said the organization’s executive director, Stefanie Fox. “To see this happening, in this most sacred period, is truly horrifying. ... There’s this incredibly urgent call to work together to hold the Israeli government accountable.”

The conflict came up during a Zoom session this week held by the Interfaith Dialogue Association of Grand Rapids, Michigan, to train medical residents on how to approach patients of different cultures and religions.

“You’d think that subject was far enough away from Israel-Palestine. But no, it actually entered the conversation,” said Fred Stella, the president of the association, which is affiliated with the Kaufman Interfaith Institute at Grand Valley State University. “It’s very present right now. Very sadly so, as you can imagine.”

“This is such a complicated mess,” Stella added. “If you do not approach it with the acknowledgment that there is no 100 percent absolute right guy in this fight, then you’re not going to engage in any interfaith dialogue.”

The violence has disrupted — but not halted — the work of Kids4Peace, a global organization based in Jerusalem whose work includes a program bringing together young Israelis and Palestinians.

“Since the most recent escalation between Gaza and Israel and the attempted lynchings at night by Arabs and Jews in some mixed cities, the hatred and violence in the streets around us is even more palpable,” the director of the youth encounter program, Ittay Flescher, said via email.

Flescher said some members were leery about leaving home to attend the group’s events, but attendance was still high at joint Palestinian-Israeli meals during Ramadan.

“Many youth felt it important to come together and share their frustrations, anger and beliefs with one another at this time,” he wrote. “If Jerusalem won’t be a city that is a true home for all of us, it will not ultimately be a safe home for any of us.”

The Latest on the stepped-up fighting between Israel and Gaza’s militant Hamas rulers (all times local):

GAZA CITY, Gaza Strip — An Israeli airstrike on a house in Gaza City has killed at least seven Palestinians.

The airstrike early Saturday in the western part of Gaza City recorded the highest number of fatalities in a single hit.

The militant group Hamas reported the number is likely to rise as efforts to recover casualties from under the rubble of the house on the edge of Shati refugee camp are still ongoing. There was no immediate update from the Health Ministry and its spokesman did not answer calls for comment.

Said Alghoul, who lives nearby, said Israeli warplanes dropped at least three bombs on the three-story house without warning its residents in advance.

“I saw the bodies of four people, including children, being rushed to the hospital,” he said. “I could not endure and ran back to my home.”

He said rescuers called a bulldozer to dig up the rubble as they looked for survivors or bodies.

Shortly afterward, Hamas said it fired a salvo of rockets at southern Israel in response to the airstrike.

JERUSALEM — The Israeli military says it has identified three rockets fired from Syria toward Israeli territory on Friday.

The military said in a statement that one of the rockets landed inside Syria in the evening hours. There was no immediate comment from Damascus.

The incident comes amid a violent escalation between Israel and Gaza’s militant Hamas rulers this week that has been compounded by an eruption of ethnic clashes inside Israel as well and violence in the occupied West Bank.

Israel appears to be looking to inflict intensified damage on the Islamic militant group Hamas, which controls Gaza and has fired hundreds of rockets into Israel. 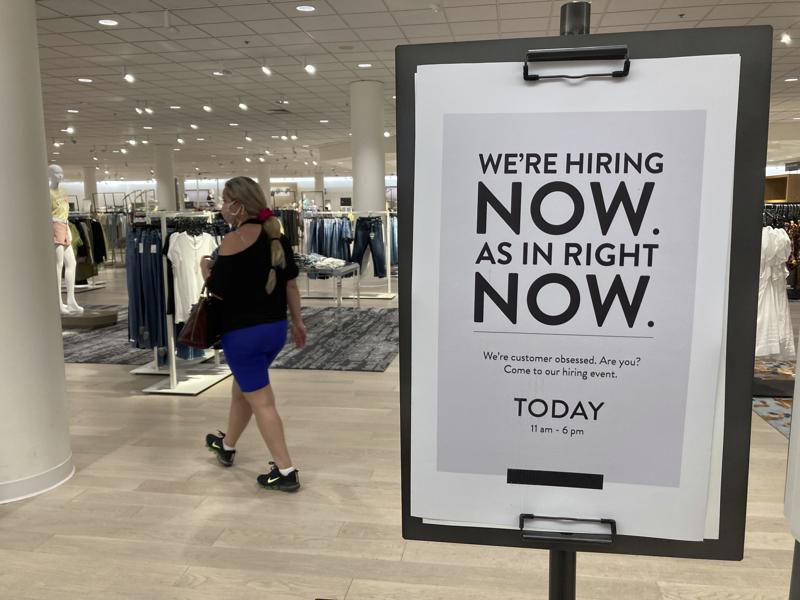 US consumers boosted spending in April as inflation surged

- Americans increased their spending by 0.5&#37; in April, a slowdown after a massive gain in March that had been powered by the distribution of billions

Great Ideas About Lead Generation That Anyone Can Use

- A national surge in COVID-19 cases continues as the United States recorded its 13 millionth case on Black Friday, a day typically marked by crowds of bargain hunters. This year, however, many shoppers across the country turned to online deals, keeping crowds thin.

- Google Earth has launched a time-lapse feature that lets users wind back the clock and see how the world has changed over several decades.The feature uses The