Deadliest in America: They shrugged off the pandemic, then their family and friends started dying


"He was a puzzle piece who can never be replaced," she says, tears welling into her tired eyes. "He was supposed to get better. We weren't expecting him to die."

Just over a month ago, the now-rampaging coronavirus pandemic tore through this rural town of 1,000 and surrounding Gove County, killing 20 residents. Among them was Charles' father, Edward "Mac" McElhaney, 78.

Here, where most everyone knows most everyone else, the pandemic has killed farmers and their wives. The town's unofficial historian. The beloved grandmother whose sour cream chocolate cake with chocolate fudge frosting was always the talk of the party. The mom whose piano-playing still echoes in the heads of her friends.

And it has drained the hearts of the survivors. Those who feel guilty that they recovered. The ambulance workers battling to treat their own relatives. The exhausted doctor who watched nearly half his patients die.

"It was overwhelming and sad and you don't think you have that many tears to shed," says Charles, 46. "And you do."
Ivy Charles stares down Main Street in Quinter, Kansas, following the coronavirus death of her father.

As of Thursday, coronavirus has killed a higher percentage of Gove County residents than any other county in the United States: One out of every 132 people has died.

Their intertwined stories illuminate the toll the pandemic has taken on communities across the country as emotional debates over how to control the infection have unfolded amid mounting losses.

Even today, mask-wearing remains controversia  in Gove County, and friendships are being strained as authorities struggle to persuade their neighbors to follow basic public health guidelines, such as avoiding large gatherings.

President Donald Trump won the county with 88% of the vote in November, and many of the residents, including the farmers who raise up corn and sorghum, are deeply skeptical of government and public health orders, often echoing the language Trump has used about mask-wearing and the pandemic's severity.

Conservative churches like the Dunkard Brethren — a Protestant faith brought over from Germany — help shape social life, and the Dollar General store is the biggest retailer for 50 miles in any direction. Quinter, the largest town, is 300 windswept miles west of Kansas City, and the paved streets surrounding it quickly give way to dirt roads.

Many young people move away when they can. Gove County's median age is nearly 50 years old, a decade older than the national average. Among the 2,600 residents, coronavirus found easy targets, especially once it worked its way into the nursing home.

In August, just before the wave of positive cases began growing, Gove County leaders mandated everyone wear masks in public. They were forced to remove it two weeks later after a series of angry confrontations with their constituents. Around the same time, someone anonymously reported the county's COVID-19 information Facebook page as spam or fake news, and it was temporarily taken offline just as public officials were trying to warn residents of the danger.

The first two deaths were reported on Oct. 7, setting off a wave of concern among public health officials and county managers. By Oct. 13, seven people had died, six of them inside the nursing home.

"We are living through history right now, and I worry what the history books will say about us," says Ericka Nicholson, 47, who helps run the town's volunteer ambulance service and survived the infection.
EMTs Ericka Nicholson and Roy Litfin wheel a COVID-19 positive patient into their waiting ambulance for transport for a larger hospital from Quinter, Kansas.

Nicholson, 47, doesn't want to be seen as criticizing her neighbors, but she's often been the last familiar face the nursing home residents saw as she wheeled them, dying, into a strange hospital 50 miles from home.

"We have to honor these people who passed so there is a story to tell about us in 50 years," she says. "The people who died in our long-term care facility, they are our identity. They are why we are here. And they are dying."
A mother's death, a community's loss

Sharon DuBois greets a longtime friend with a hug as the women step inside the cluttered second-hand shop she runs on behalf of the library. Children's toys and Christmas decorations are piled high. Picking through them are a steady stream of women, some in the skirts and bonnets or head scarfs that mark them as members of the conservative Dunkard Brethren church. Most, but not all, of the women wear face coverings.

DuBois knows she shouldn't hug: COVID-19 killed her mother inside the nursing home a month ago.

"I knew her time was coming close, but I still grieve her loss deeply," she says. "I am thankful they are in the hands of Jesus. But I miss them. And I'm sorry we had to lose them in this way."

Born in 1922, Margaret Lee Lewis met Winfred Inloes while she was teaching second grade in Quinter. She was the daughter of farmers, and she married Inloes, the son of farmers, during his boot camp leave just before Christmas 1944. After the war, the couple had five kids, including DuBois, raising them on a farm outside town.
Margaret Lee Inloes pictured on her 95th birthday. Inloes died of coronavirus on Nov. 6, 2020, after getting infected at the Gove County nursing home.

"From the time we could hardly walk, she'd have us in the kitchen stirring something," says DuBois, 73. "We had things to do, whether it was harvest time or wintertime when you fed cattle or milked cows. It was just a simpler time."

After her husband died of complications from a brain tumor in 2001, Margaret Lee Inloes lived alone for a few years before eventually moving into the 42-bed Gove County Medical Center Long Term Care Unit. The nursing home very much felt like home to her: All around were neighbors who had also raised families and farmed the Earth, attended the same weddings and funerals and library bake sales.

"She wouldn't dream of going to the dining room without her lipstick because these were important people to her— not just the staff, but the other people there," DuBois says. "Even though her body and parts of her mind were wearing out, she was so grateful for all of the people around her. It was important for her to be proper in your presence. I always considered it a sign of respect. She wanted people to know she was respectful of that togetherness."

Before she passed, Inloes was the one who remembered names, who always made time to visit sick friends in the hospital, who volunteered at the second-hand store to earn donations for the library and the school, who showed up to receptions with her renowned sour cream chocolate cake with chocolate fudge frosting. One wedding, DuBois says, her mother made nine different cakes.
Sharon DuBois, in the green mask, chats with an unmasked customer in thrift shop she runs, after her mother passed away from COVID-19 at the nursing home at the Gove County Medical Center.

"That was a big part of her life, to be a supporter of the community, an encourager. Much of her work, I'm finding, was done anonymously, at least to our family," DuBois says. "I knew her time was coming close. But I still grieve her loss deeply."

DuBois misses her mother, but she also mourns the community's inability to collectively mark the COVID-19 deaths. DuBois counts herself lucky she was able to say goodbye in person; the doctors gave her permission to see her mom before she passed away.

That's why she still hugs her friends, despite the risks. Because of the hurt.

“As a community, we are used to making peace with someone’s departure from Earth. And we haven’t been able to do that," DuBois says.
The gravestone of Margaret Lee and Winfred Inloes, which was recently updated with Margaret Lee's name following her death from COVID-19 in Gove County, Kansas.
Coronavirus claims town historian

After a lifetime of farming outside Quinter, Daniel Albert "D.A." Crist knew just about everybody in the area, including Margaret Lee Inloes. In the twilight of their lives, both were living at the nursing home, maintaining social bonds built through worshipping at the Quinter Church of the Brethren and having kids the same age.

Most days, DA's son, Dan Crist, would pick him up from the nursing home and drive him back out to the family farm, where the two men restored old tractors and steam engines of the kind that once provided power before electricity arrived. As COVID-19 precautions tightened at the nursing home, Dan Crist stopped picking his father up, but would still visit regularly.

D.A. Crist was Gove County's unofficial historian. Born in 1930 on the family farm, he lived away for a few years after college, running an orphanage for 20 homeless boys in the early 1950s with his wife, Carole. He learned to fly a biplane and in 1954 moved back to Quinter to work his father's cattle farm until he retired.
D.A. Crist, the unofficial historian of Gove County, Kansas, sits in the front seat of a right-hand drive 1915 Pierce Arrow car being driven by his son Dan, with Dan's wife Janice in the back seat, in this undated photo. D.A. Crist died of coronavirus Oct. 12, 2020.

He was born the year Mickey Mouse made his first appearance, when astronomers discovered Pluto and workers started building the Hoover Dam. He lived through both world wars, Korea and Vietnam, watched farming move from horses to tractors, saw the first humans land on the moon.

"Up until the virus hit he was sharp as ever," says Dan Crist, 67. "He was just fine and then they called at 2:30 in the morning and said he died. I was shocked."

Adds DuBois: "He could name the dates, the times, the people. Already people are saying, who are we going to ask now? D.A. had a way of telling the stories that you just wanted to listen."

Like many Gove County residents, Crist hoped believed the rural county's isolation would insulate them from the worst. But Interstate 70 runs through the northern portion of the county, and lots of travelers stop to gas up or grab lunch at the Dairy Queen. Crist says he's also disappointed that wearing masks — as recommended by doctors — has become so political.

"We were kind of hoping it wouldn't get here. And it sure did," Crist says. "Dad was able to trace family trees back many generations to when his ancestor Crists came to America from Austria in 1747, seeking religious freedom. He was often asked how folks were related, and could recall dates of events without a moment’s hesitation. We often asked Dad to share his stories so we could record them, but his stories were spontaneous. Now that historian is no longer with us."
A sign on the Gove County Medical Center's nursing home reminds the public to wear a mask. Workers there painted the sign after a COVID-19 infection rampaged through the facility, killing 17 people.
He was 'the rock for our family'

Charles, who works at the hospital and nursing home, tears up when she thinks of Crist, Inloes and the 15 other residents who died, many of whom had no chance to say goodbye to their families. 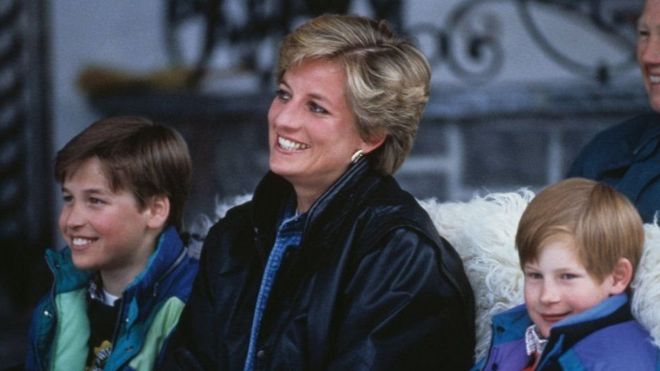 - Martin Bashir said he "never needed to hurt" Diana, Princess of Ridges, in a Scene meet in 1995 and added: I cant really accept that we did it 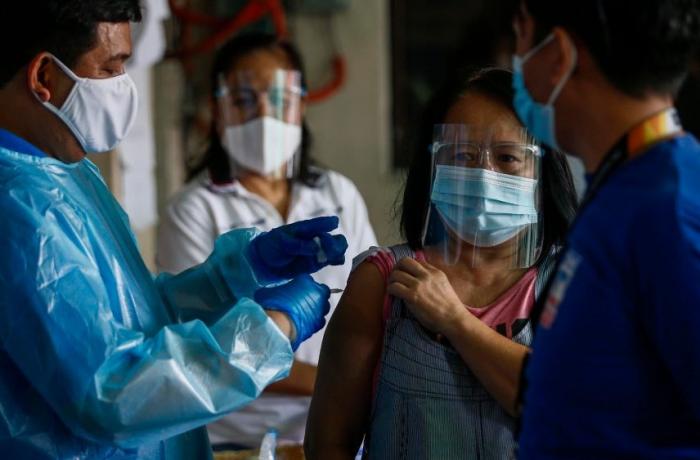