A group wearing life jackets were seen huddled together onboard a lifeboat near Dover on Thursday morning.

Those who drowned on Wednesday included 17 men, seven women - one of whom was pregnant - and three children, France's interior minister Gerald Darmanin said.

Five people have been arrested in connection with the fatal crossing.

He said two survivors were in a critical condition in a French hospital, where they are being treated for severe hypothermia. One is Iraqi and the other Somali, he told RTL radio.

It was earlier reported 31 people had died, but the total was revised down overnight into Thursday.

The alarm was raised on Wednesday after a fishing boat crew spotted several people in the sea off the coast of France.Home Secretary Priti Patel told MPs she had spoken to her French counterpart and offered to put more officers on the ground and continued to push for joint patrols of the Channel.

She said Wednesday's incident was a dreadful shock but not a surprise, adding: "It is also a reminder of how vulnerable people are put at peril when in the hands of criminal gangs."

Downing Street said the scenes of people continuing to arrive in boats on England's south coast showed the need to crack down on traffickers.

"It illustrates that we absolutely need to step up our work with our French counterparts to dismantle this horrific trade which preys on vulnerable people," the prime minister's official spokesperson said.

Earlier, immigration minister Kevin Foster said the UK was determined to smash the "evil" business model of people traffickers, who he said were sending people into the Channel's dangerous waters on flimsy boats.

"Those who organised that boat yesterday would have just viewed these people... who passed away, as just a profit-making opportunity," he told BBC Breakfast.

Despite yesterday's deaths in the Channel, the crossings continued this morning. Around 40 migrants have been brought to Dover by the lifeboat charity the RNLI.

It's windy on the water and extremely cold - but the determination to get to the UK remains as strong as ever.

However, no more boats have been making the crossing this afternoon due to high winds.

The task is now under way to establish the identities of the people who died. That may prove problematic, as many migrants take to the water without any paperwork.

Another key concern is why their boat sank - was it overloaded, was the sea too rough, or could it have been hit by a passing ship?

The French authorities have described the boat as very flimsy.

In previous years, crossings tend to fall dramatically in autumn. That hasn't happened this year.

That's because the route has become so lucrative for the people smugglers who charge migrants around £3,000 each to get on a boat.

Boris Johnson said on Wednesday that while the UK and France had agreed more needed to be done, there had been "difficulties" persuading the French "to do things in a way that we think the situation deserves".

Meanwhile, French president Emmanuel Macron told Mr Johnson "he was expecting the British to co-operate fully [and] abstain from instrumentalising a tragic situation for political purposes".

Since the start of the year, 1,552 smugglers have been arrested in northern France and 44 smuggler networks dismantled, Mr Macron said.

Despite this, he said 47,000 attempted Channel crossings to the UK took place this year and 7,800 migrants rescued.

Labour leader Sir Keir Starmer said the UK should be working with the French authorities in the makeshift camps, where the power of the people smugglers was "far greater" than that of the authorities.

He told the BBC's Political Thinking podcast he was "sick of the home secretary playing to the headlines on this with grand statements about what she's going to do… but actually not achieving anything".

The Archbishop of Canterbury Justin Welby called for a better system based on "compassion, justice and co-operation across frontiers".

Dr Waheed Arian, a former refugee from Afghanistan who is now an NHS doctor, said people needed to understand why people in conflict zones fled their homes.

"They flee because their life is in danger, they are fleeing persecution," he said. "They are not coming here because they can find better jobs, they are coming because the alternative is death for them."

The Dover Strait is the busiest shipping lane in the world and has claimed many lives of people trying to cross in inflatable dinghies.

Record numbers of migrants are making the crossing from France to the UK and it is thought at least 10 other people had died in the past few weeks while attempting to cross.

While the number coming across the Channel by boat has soared, that is only part of the picture regarding migrants - as this year has seen far fewer using other strategies to enter the country undetected.

The International Organization for Migration - which is linked to the United Nations - said Wednesday's disaster was the worst single loss of life in the Channel since it began collecting data in 2014. 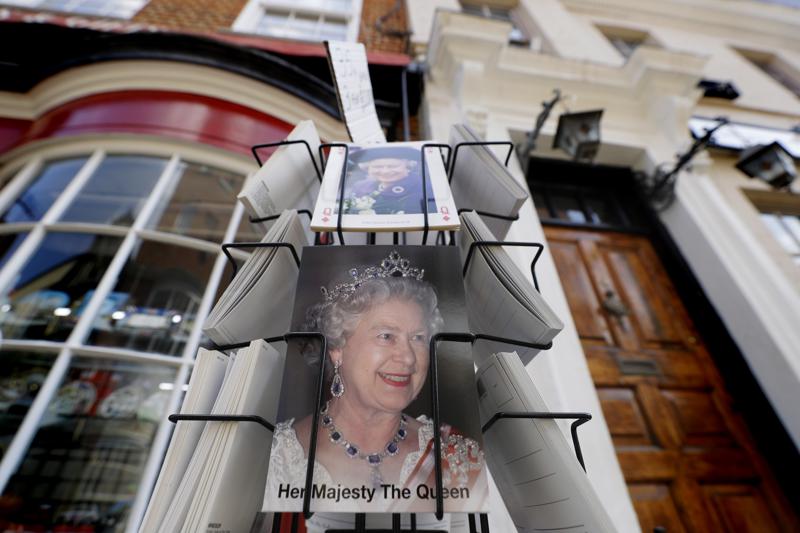 - In a statement Wednesday posted on her Twitter account on her 95th birthday and which she personally signed off as Elizabeth R, the monarch said it

The Core Message of Meghan and Harry’s Oprah Interview: Racism Drove Us From the Royal Family