America’s new normal: A degree hotter than two decades ago


America’s new normal temperature is a degree hotter than it was just two decades ago.

Scientists have long talked about climate change — hotter temperatures, changes in rain and snowfall and more extreme weather — being the “new normal.” Data released Tuesday by the National Oceanic and Atmospheric Administration put hard figures on the cliche.

The new United States normal is not just hotter, but wetter in the eastern and central parts of the nation and considerably drier in the West than just a decade earlier.

Meteorologists calculate climate normals based on 30 years of data to limit the random swings of daily weather. It’s a standard set by the World Meteorological Organization. Every 10 years, NOAA updates normal for the country as a whole, states and cities — by year, month and season.

Fargo, North Dakota, where the new normal is a tenth of a degree cooler than the old one, is an exception, but more than 90% of the U.S. has warmer normal temperatures now than 10 years ago, Palecki said.

In Chicago and Asheville, North Carolina, the new yearly normal temperature jumped 1.5 degrees in a decade. Seattle, Atlanta, Boston and Phoenix had their normal annual temperature rise by at least half a degree in the last decade.

New normals are warmer because the burning of fossil fuels is making the last decade “a much hotter time period for much of the globe than the decades” before, said Cornell University climate scientist Natalie Mahowald.

For Phoenix, the biggest change in normal came in precipitation. The normal annual rainfall for Phoenix dropped 10% down to 7.2 inches (18.2 centimeters). Rainfall in Los Angeles dropped 4.6%.

At the same time, Asheville saw a nearly 9% increase in rainfall, while New York City’s rainfall rose 6%. Seattle’s normal is 5% wetter than it used to be.

Climate scientists are split about how useful or misleading newly calculated normals are.

Mahowald and University of Oklahoma meteorology professor Jason Furtado said updating normal calculations helps city and regional planners to prepare for flooding and drought, farmers to decide what and when to plant, energy companies to meet changing demands and doctors to tackle public health issues arising from climate change.

But Pennsylvania State University climate scientist Michael Mann said he prefers a constant baseline such as 1951 to 1980, which is what NASA uses. Adjusting normal every 10 years “perverts the meaning of ‘normal’ and ‘normalizes’ away climate change,” he said in an email.

North Carolina’s state climatologist Kathie Dello said, “It seems odd to still call them normals because 1991-2020 was anything but normal climate-wise.”

In identical tweets, the Microsoft co-founder and his wife said they had made the decision to end their marriage of 27 years.

“We have raised three incredible children and built a foundation that works all over the world to enable all people to lead healthy, productive lives,” they said in a statement. “We ask for space and privacy for our family as we begin to navigate this new life.”

Bill Gates was formerly the world’s richest person and his fortune is estimated at well over $100 billion. How the couple end up settling their estate and any impact on the foundation will be closely watched, especially after another high-profile Seattle-area billionaire couple recently ended their marriage.

Amazon CEO Jeff Bezos and MacKenzie Bezos finalized their divorce in 2019. MacKenzie Scott has since remarried and now focuses on her own philanthropy after receiving a 4% stake in Amazon, worth more than $36 billion.

The Gateses were married in 1994 in Hawaii. They met after she began working at Microsoft as a product manager in 1987.

In her 2019 memoir, “The Moment of Lift,” Melinda Gates wrote about her childhood, life and private struggles as the wife of a public icon and stay-at-home mom with three kids. She won Bill Gates’ heart after meeting at a work dinner, sharing a mutual love of puzzles and beating him at a math game.

She also detailed the ways they navigated imbalances in their marriage and parenting journey and noted how working together at the foundation made their relationship better.

“Bill and I are equal partners,” Melinda Gates said in a 2019 interview with The Associated Press. “Men and women should be equal at work.”

The Seattle-based Bill and Melinda Gates Foundation is the most influential private foundation in the world, with an endowment worth nearly $50 billion. It has focused on global health and development and U.S. education issues since incorporating in 2000.

While both are global figures, Melinda Gates has increasingly built her profile as a champion of women and girls. The former tech business executive launched her private Pivotal Ventures investment and incubation company in 2015 and recently partnered with Scott for a newly announced equity challenge.

David Callahan, founder of the Insider Philanthropy website and author of “The Givers: Wealth, Power, and Philanthropy in a New Gilded Age” says it’s too early to know how the divorce will affect the Gates foundation and the wider philanthropic community.

Although the couple say they will continue to work together at their foundation, Callahan suggests Melinda Gates could still pursue her own philanthropic work.

“You can imagine two separate tracks where they’re both working together at the foundation, and each is pursuing their own independent philanthropy outside the foundation,” Callahan said.

He said the possibility of Melinda Gates opening another philanthropic foundation would have a dramatic impact.

“Nobody knows what the terms are of their divorce agreement. But if Melinda Gates ends up with just some portion of that wealth and turns to creating her own foundation, it would be among one of the biggest foundations probably in America,” Callahan said.

As the public face of the foundation’s COVID-19 grants and advocacy work, Bill Gates has come under fire for being a staunch supporter of intellectual property rights for vaccine makers. While the tech icon says protecting the shots’ recipes will ensure incentives for research and development, critics claim that mentality hampers supply in favor of drug company profits.

Last year, Bill Gates said he was stepping down from Microsoft’s board to focus on philanthropy.

He was Microsoft’s CEO until 2000 and since then has gradually scaled back his involvement in the company he started with Paul Allen in 1975. He transitioned out of a day-to-day role in Microsoft in 2008 and served as chairman of the board until 2014.

The Frustratingly Simple Reason Why Black People Voted For Trump

- The Frustratingly Simple Reason Why Black People Voted For Trump 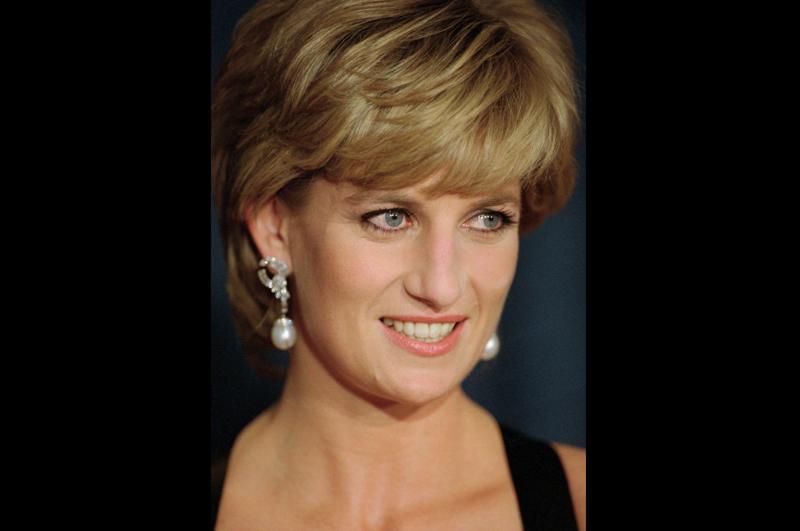 The Diana Interview: A look at the pivotal moment in time