the 12 Biggest Mistakes People Make in Hiring a Lawyer


I hate to see people taken advantage of and I hate to see people suffer after choosing the wrong lawyer. Maybe those are two of the reasons that I became a lawyer, so that I could do something about those situations. I have seen clients who had lawyers neglect their cases for not just weeks but years. I have heard complaints about lawyers who would not tell the client what was going on with their cases, but would bill the client when the client called to ask what was happening. I have heard complaints about lawyers who took money from clients without a clear understanding of the expectations on either side.

One woman's tale of woe especially comes to mind. Around the office, we call her story "The Tale of the Nine Year Divorce." She had hired an attorney to defend a divorce action here in Virginia and to counter sue for divorce. She was living out of state at the time and paid the attorney a significant retainer. There was no written contract. The lawyer she had chosen seemed to be afraid of the opposing counsel and did nothing to move the case forward. In fact, the lawyer allowed the case to be dismissed from the court docket for inaction. Cases are not dismissed on this basis without prior notice to counsel of record. The lawyer did not notify his client of the potential dismissal. It was not until the court notified her of the dismissal that she found out what had happened. The client was in an automobile accident, as a result of which she was hospitalized and undergoing multiple surgeries. She trusted her lawyer to look out for her interests; she did not know or understand what should have been taking place and had no idea until she received notification from the court that the case had been dismissed.

When the client contacted the lawyer, he had the case reinstated. However, it was not until the opposing attorney withdrew from the case, that the lawyer acted to put forward the interests of his client. Meanwhile, the lawyer allowed the woman's husband to abscond, fleeing the jurisdiction of the court, with the bulk of the marital assets. The lawyer did get an order of spousal support, but did nothing effective to collect or enforce the spousal support order against the defendant who was not paying.

In fact, the lawyer allowed tens of thousands of dollars of arrears to accumulate. Meanwhile, the lawyer asked for and got a court award of $10,000 of attorney's fees from the absconded husband. When the lawyer realized that the husband had spent the money and the attorney fee award would not be easily collected, he began to demand money from the client. Being disabled and not having received a penny of the support award, she was unable to pay the lawyer and he withdrew from her case at the final hearing. Needless to say all of this left the woman with a bad taste in her mouth when it comes to lawyers.

The woman heard about me and came to me despite having had a bad experience, because she was in need of help. We were able to finish up the divorce and property division, which had been started 9-10 years prior and we began enforcement of the support award by attaching social security and retirement income due her husband.

Through our efforts collection began and an income stream began to flow to the client. We were also able to successfully defend the woman from an attempt by her husband to stop support payments and at the same time recover some of the items of personal property which had been awarded to her by the court. The woman still had to defend herself from a law suit brought by the lawyer who was demanding over $10,000 and had not credited the retainer which the woman paid at the beginning of the representation.

COMBINED EXPERIENCE HYPE. Law firms that tout "*** years of combined experience" are probably trying to magnify or enhance their credentials. If you are looking for a lawyer with experience, this hype does little to inform you of the actual experience of the individual lawyers. My question is if the lawyers each have significant years of experience, why don't they say how much experience each lawyer has? Why? Because it sounds grander to use the combined figure. Even an ant looks like a mighty monster under a magnifying glass.

LAUNDRY LIST HYPE. Law firms that have a laundry list of services may not be the best choice for your situation. Remember the proverb "Jack of all trades, master of none"? You can certainly be a jack of all trades, but can you be a master at all trades? How much of the practice of the firm is devoted to your type of case? For example, does the law firm (and the particular lawyer) you are considering devote a significant portion of the practice to the type of case for which you are seeking representation?

Perhaps you are looking at one stop shopping and it is important to you to find a lawyer or law firm that can handle multiple matters for you. Then you may want to ask if the lawyer handles each of those areas, but you should also ask how much of the practice is devoted to each area and how much experience the lawyer has in each area. Are there client testimonials available for each area? Think carefully and decide if it may be worthwhile to seek out a more specialized practice for each of your problems.

BIGGER IS BETTER HYPE When it comes to law firms, bigger is not necessarily better, much less the best. If you want personal attention, you may find that a medium sized or smaller firm will be more attentive. Law firms that have group photographs with all of the clerks and secretaries are trying to look bigger to compete with mega firms with dozens or hundreds of lawyers. But in the final analysis size does not matter; bigger is not better than smaller, nor is smaller better than bigger. What does matter is personal care and attention. This is something that you will have to ask about and be sensitive to as you call on various lawyers and law firms in your search for the right lawyer and law firm for you and for your case. IF IT SOUNDS TOO GOOD TO BE TRUE... [CHOOSING A LAWYER BASED ON COST] Cheapest is seldom the best. On the other hand, just because something costs a lot does not make it better than something that costs less. Would you choose a doctor or dentist based on how cheap his services are? No, not if you can help it. You want the best doctor, the most attentive doctor, the smartest doctor, the most knowledgeable doctor at the best price. Cost may be a legitimate factor in choosing a lawyer but it should be the last and least significant factor. Cost certainly should not override other factors such as ability, experience, reputation within the legal community and client testimonials. Can you afford cheap legal advice that may be bad or wrong?

ASSUMING AND NOT CHECKING Related to falling for hype in lawyer advertising is assuming and not checking. Don't believe the yellow page ads. All lawyers are not equal. You should investigate any lawyer or law firm before engaging them. Inquire about his/her reputation in the legal community. Check out what clients have to say about the lawyer and the law firm. ASSUMING PRE-PAID LEGAL IS THE WAY TO GO. Don't assume that pre-paid legal is the way to go. Just because you have pre-paid legal available for use does not mean that you should use them. The best lawyers are seldom members of a pre-paid legal service panel. You certainly should not allow the pre-paid attorney to represent you without first investigating him/her.

Of course, you may not need the best lawyer, but you should at least want to insure that the lawyer you choose is a good lawyer for the matter at hand. You should also realize that a lawyer may be a good lawyer for some matters and not for others. This is where knowledge, experience and ability must be weighed and examined. Does the firm or attorney you are considering take a "no holds barred" approach to family law? If so, be prepared for lengthy and expensive proceedings. 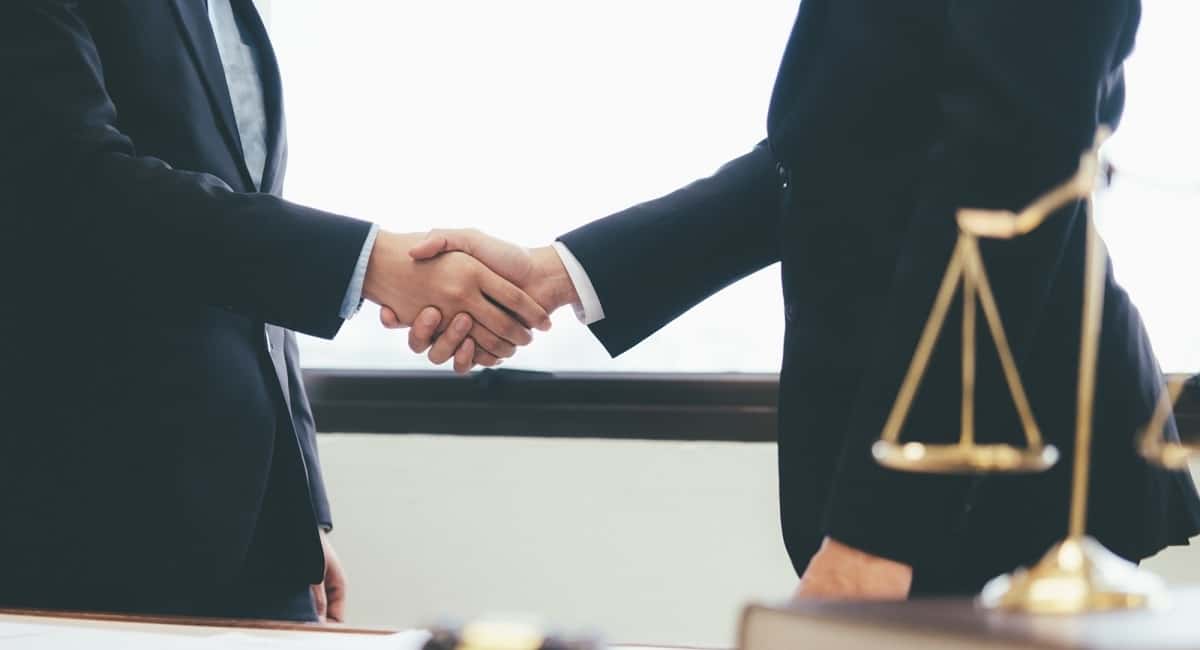 MISTAKES AFTER YOU HAVE SELECTED A LAWYER

NOT ASKING TO READ A DOCUMENT BEFORE YOU SIGN IT. Whether it's the fee agreement, a lease, an affidavit or a pleading, just because the document is presented to you by your lawyer, does not mean you should not read it carefully and ask questions about anything you do not understand. If the document is not correct or contains errors or omissions, you should bring those to the attention of your lawyer.

FAILURE TO ASK FOR A COPY OF WHAT YOU SIGN. You should always ask for a copy of a document that you are asked to sign. In our office, when we are retained, we give the client a pocket folder with copies of the fee agreement, office policies and, in appropriate cases, the client divorce manual.

FAILURE TO KEEP COPIES. You should have a safe place to keep important documents. If documents are from an attorney, they are important and worth keeping, at least until the case or matter is concluded and in some instances longer than that. The fa

3-2-1: On taking risks, attracting good luck, and the benefits of rest

What Lawyer Thinks about Online Nikah In Pakistan | Lawyers Advice

- The first being preservation of morals and chastity. A husband and wife, who are careless about the sentiments and feelings of each other,

- Buying a new laptop is a not an easy adventure since there are a vast variety of laptops in the market.The Donts For Good Cisco 300-635 Exam Preparation 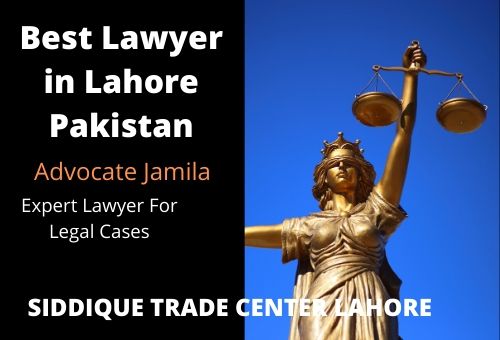 Get Knowledge of Wife’s right of khula in Pakistan

- Jameela Law Associates is an expert of women rights and khula in Pakistan through divorce procedure in Pakistan.