How processed food drives diet-related diseases
(CNN)As a nutritionist, I have been privy to lot of debate in the nutrition world about which foods keep us healthy and which foods actually cause disease.

Different foods offer different nutrient benefits for overall health. And even packaged foods can be enjoyed as part of a healthy diet.
"The food industry works diligently to deliver a consumer marketplace full of healthy, accessible, nutrient-dense food and beverage choices," said Krystal Register, registered dietition and director of health and well-being at FMI -- The Food Industry Association, in a statement to CNN.
But I know the unhealthy eating habits I see are often related to eating too many ultraprocessed foods rich in sugar, salt and unhealthy fats.
That's why I was eager to talk to pediatric neuroendocrinologist Dr. Robert Lustig about his new book, "Metabolical: The Lure and the Lies of Processed Food, Nutrition, and Modern Medicine."
in "Metabolical: The Lure and the Lies of Processed Food, Nutrition, and Modern Medicine," Dr. Robert Lustig explores how processed foods have created a pandemic of diseases like obesity and diabetes.
Lustig, a professor emeritus at the University of California San Francisco who is dedicated to treating and preventing childhood obesity and diabetes, is also the bestselling author of "Fat Chance: Beating the Odds Against Sugar, Processed Food, Obesity, and Disease," which discusses the dangers of excess sugar, its relation to obesity, and what we can do about it.
This conversation has been condensed and edited for clarity.
CNN: You suggest that the food industry has altered the food we eat, knowing it can kill us. Really?

Dr. Robert Lustig: Really. The food industry knows that when they concentrate sugar, it becomes addictive. The more sugar you add to processed food, the more addictive it becomes. They also know that when they concentrate sugar, it causes liver fat, which leads to insulin resistance, metabolic syndrome and death. They do it anyway.
CNN: Doesn't the quantity of sugar we eat play a role?
Lustig: Yes, if you could modify the quantity. But you can't, not with addictive substances. That's why they are addictive.
It's the same thing with all hedonic substances like cocaine, nicotine and heroin. When someone says, "I have a horrible sweet tooth," that is sugar addiction. Do you really think people can moderate their food intake when the food has been engineered to do the exact opposite?
[Editor's note: There isn't universal agreement among scientists and nutritionists that sugar or processed foods are addictive. Separately, CNN asked P. Courtney Gaine, a registered dietitian and president and CEO of The Sugar Association to comment on Lustig's statements. Gaine said that "Inflammatory and unsubstantiated rhetoric about sugar, or any other aspect of the diet, gets us no closer to the goal of healthy consumers."]
CNN: How do we distinguish between addictive processed food and other kinds, such as canned beans and frozen vegetables?
Lustig: There are different levels of processing. In Brazil's NOVA food categorization system, Class 1 is food that is unadulterated in any way, shape or form, like an apple. Class 2 is food that is mechanically dispersed, like apple slices. Class 3 is where something has been removed or added, like applesauce, and class 4 is where you have destroyed the matrix of the food, and have added the ingredient to other foods for palatability -- like an apple pie. Usually fiber has been removed, and sugar has been added.
Class 4, the ultraprocessed category, is the one that predicts morbidity and mortality, and is 56% of the food and 62% of the sugar consumed in the United States.
CNN: Talk to me about the relationship between sugar and diabetes.
Lustig: First, in order to show that sugar causes diabetes, we have to show that the toxicity of sugar is independent of its inherent calories. And we have to show that the toxicity of sugar is independent of obesity. Second, correlation is not causation.
There are only two levels of data that can tell you whether something is causative. One is randomized controlled trials, and the other one is called econometric analysis.
Do we have either of these two for sugar and diabetes? Yes, we do.
In 2013, we took three data sets that spanned 10 years. This econometric analysis showed that total calories had no relation to the change in diabetes prevalence in all of the countries over the decade. And all the other items -- no signal, except for sugar. The effect of sugar on diabetes was very robust. If a country had an extra 150 calories per person per day, diabetes prevalence went up 0.1%. But if that 150 calories happened to be a can of soda, diabetes prevalence went up elevenfold or 1.1%. And in the United States, we're not consuming one can of soda per day, we're consuming (on average) the equivalent of two-and-a-half cans.
In another study, a randomized controlled trial, we took sugar out of the diets of 43 children with metabolic syndrome. Since that would reduce their calories by about 400 per day, we replaced the sugar with starch, since we wanted them to stay the same weight. We took the pastries out, and put the bagels in. We gave them foods kids would eat, but food with no added sugar. These kids all kept their weight stable.

- Update Medical Air Systems for Healthcare Facilities Execution. By keeping the spine in great arrangement and taking into consideration

To order this detailed 800+ page report, please visit this link Key Inclusions  An overview of the current market landscape of companies engaged in manufacturing prefilled syringes, providing information on year of establishment, company size, geographical location of the headquarters and manufacturing facilities, type of material used (glass and plastic), number of barrel chambers (single chamber and dual chamber), type of needle system (fixed needle system, luer lock and luer cone) and syringe volume.  An overview of the current market landscape of companies that are developing drugs in combination with prefilled syringes, featuring information on year of establishment, company size, geographical location of the developers, target therapeutic area, phases of development, type of drug molecule, route of administration, approval year (for marketed products), dosage details (for marketed products) and other approved dosage forms (for marketed products).  A detailed competitiveness analysis of the various prefilled syringes that we came across, taking into consideration the supplier power (based on the employee size of developer / manufacturer and their respective annual revenues) and key product specifications, such as number of chambers in the barrel, number of needle systems, volume of the barrel, technological advancement / user-friendliness and other distinguishing features.  A list of marketed drugs / therapies and pipeline candidates that are likely to be developed in combination with prefilled syringes in the near future, shortlisted based on an in-depth analysis that takes into consideration various relevant parameters, such as route of administration, type of drug molecule, target indications, other available dosage forms (for approved drugs) and historical annual sales information (for approved drugs).  An analysis presenting potential strategic partners (primarily drug developers) for prefilled syringe manufacturers (with regard to likely collaboration opportunities for combination product development) based on different parameters, such as pipeline strength, target therapeutic indication(s) and developer strength.  An analysis of the various prefilled syringe combination product-related initiatives of big pharma players, based on parameters, such as current adoption (based on number of approved and under development prefilled syringe combination products) and likely future adoption (based on potential injectable product candidates in the pipeline that are likely to be delivered via prefilled syringes), target therapeutic area(s) and type of drug molecule.  A review of the landscape of contract fill / finish services providers that offer services for prefilled syringes, featuring a list of active (large-sized) service providers and analysis based on a number of relevant parameters, such as year of establishment, company size, scale of operation (preclinical, clinical and commercial), type of drug molecule (biologics and small molecules), and geographical location of the service provider.  A detailed discussion on various safety features (add-on and integrated devices) installed in recent versions of prefilled syringes and the companies involved in developing and manufacturing such solutions.  An informative summary of various guidelines established and issued by major regulatory bodies for the approval of prefilled syringes, across different countries / geographical regions.  Brief discussions of currently available specialty syringes, which include prefilled flush syringes, prefilled diluent syringe systems and prefilled contrast agent delivery systems.  A case study on companies that are engaged in the manufacturing of autoinjectors, featuring brief profiles of key players in this domain; each profile includes an overview of the firm, and information on its respective product portfolio.  Elaborate profiles of prominent prefilled syringe manufacturers engaged in this domain, featuring a brief overview of the company, its financial information (if available), information on product portfolio, recent developments and an informed future outlook. The report also features the likely distribution of the current and forecasted opportunity across important market segments, mentioned below:  Target therapeutic area  Autoimmune disorders  Infectious diseases  Neurological disorders  Blood disorders  Oncological disorders  Psychiatric disorders  Respiratory disorders  Cardiovascular disorders  Metabolic disorders  Ophthalmic diseases  Orthopedic disorders  Others  Type of syringe  Specialty syringes  Type of syringe barrel material  Glass  Plastic  Number of barrel chambers  Single chamber  Dual chamber  Key geographical regions  North America  Europe  Latin America  Asia Pacific  Middle East and Africa To request sample pages, please visit this link Key Questions Answered  Who are the key players engaged in the manufacturing of prefilled syringes, across the globe?  What are the prevalent trends within the prefilled syringes market?  What are the current regulatory requirements for securing marketing authorizations for prefilled syringe combination products, across different countries?  What technological advances have taken place in the prefilled syringes market?  What are the key growth drivers within the prefilled syringes market?  Who are the key contract service providers in this domain?  How is the current and future market opportunity likely to be distributed across key market segments? You may also be interested in the following titles: 1. Global Autoinjectors Market (3rd Edition), 2020-2030 2. Novel Vaccine Delivery Devices Market, 2019-2030 3. Microneedles and Needle-Free Injection Systems / Jet Injectors (Devices based on Spring, Gas and Other Mechanisms) Market, 2019-2030 4. Medical Device Labels Manufacturing Market, 2019 - 2030 Contact Us Gaurav Chaudhary +1 (415) 800 3415 [email protected] 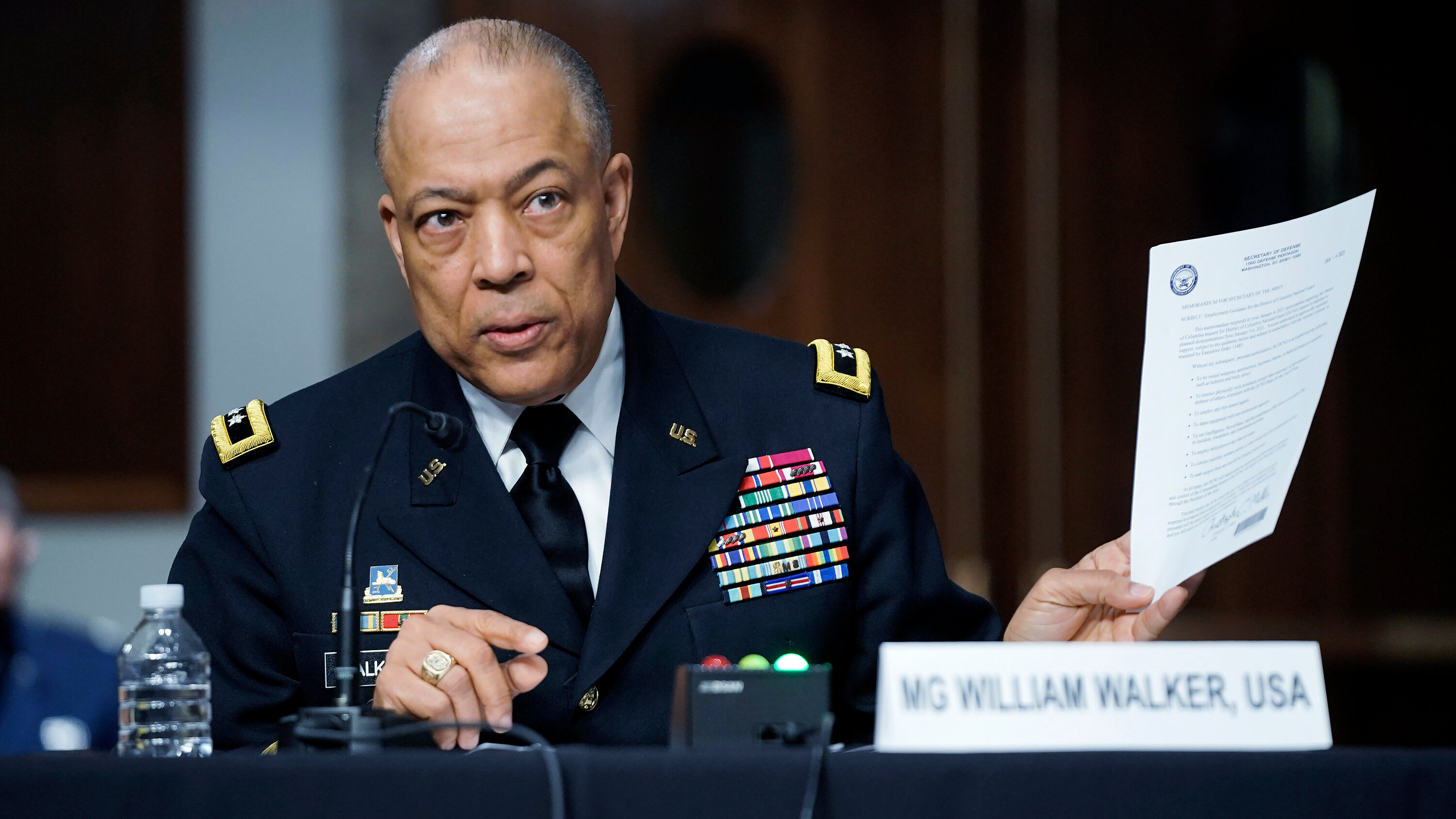 What are the home remedies for heavy legs?

- Swollen legs or when legs feel heavy is not always a normal condition, often it could be a severe situation.