When “Godzilla vs. Kong” Debuts in the USA on Wednesday - It Will Play in More Theaters Than “Tenet


When “Godzilla vs. Kong” debuts in the U.S. on Wednesday, it will play in more theaters than “Tenet,” “Wonder Woman 1984” or any other pandemic-era release.

The epic monster mashup, from Warner Bros. and Legendary Entertainment, is screening in more than 3,000 North American locations. That surpasses the benchmark previously held by Christopher Nolan’s time-bending sci-fi thriller “Tenet,” having played in 2,810 locations. On average, new releases like “Tom and Jerry,” Disney’s “Raya and the Last Dragon” and Bob Odenkirk’s “Nobody” have been made available in approximately 1,500 to 2,500 locations.

Directed by Adam Wingard, “Godzilla vs. Kong” arrives in the U.S. after a massive start overseas. The film kicked off in 28 countries with a combined $121 million in ticket sales. Those figures mark the biggest opening weekend sales for a Hollywood movie at the international box office amid the pandemic. (“Tenet” previously had the best overseas start of the pandemic with $53 million.) “Godzilla vs. Kong” had an especially impressive showing in China, raking in $70 million in its first three days of release. Chinese cinemas are still capped at 75% capacity as a COVID-19 prevention measure, though the country has many more screens than the U.S. does. Even so, prior “Godzilla” and “King Kong” movies have made significantly more money in China than domestically. The upcoming installment will debut simultaneously on HBO Max, the streaming service owned by WarnerMedia, which isn’t yet available internationally.

Box office experts are exceptionally optimistic about the premiere of “Godzilla vs. Kong.” However, it’s unclear the kind of ticket sales “Godzilla vs. Kong” is expecting in its first five days of release. Early box office tracking is an inexact science and has proved to be unreliable in some cases, even before the pandemic upended the theatrical market. Insiders say the moviegoing landscape is still too volatile to predict advanced receipts, especially because it relied heavily on surveying consumers in theaters. So with an asterisk, sources suggest “Godzilla vs. Kong” could generate north of $20 million between Wednesday and Sunday. It cost approximately $165 million to produce.

“Tom and Jerry,” an animated adventure from Warner Bros., currently boasts the biggest domestic opening of 2021 with $14 million. In the time since COVID-19 struck, “Wonder Woman 1984,” the superhero sequel starring Gal Gadot, stands as having the best start after debuting (concurrently on HBO Max) last December with $16.7 million. Otherwise, there hasn’t been a movie to hit $10 million in its initial weekend, though “The Croods: A New Age” ($9.7 million) and “Tenet” ($9.35 million) came close.

Overall, around 50% of U.S. theaters have reopened, according to Comscore. Approximately 70% of cinemas had reopened when “Tenet” debuted, although some were forced to shutter in subsequent weeks. Venues that have reopened have been operating at 25% to 50% capacity, depending on the area, to comply with social distancing measures, which has limited ticket sales.

Private watch parties have been popular because it allows friends and family to book an entire auditorium. Warner Bros. said “Godzilla vs. Kong” has already pre-sold more than 10,000 private rentals at theaters across the country.

Regal Cinemas, one of the largest cinema circuits in the country, closed its 536 locations in North America last October in response to the lackluster turnout for “Tenet” and the dearth of potential blockbusters to follow. Encouraged by the return of moviegoing in New York City and Los Angeles, the chain plans to reopen on April 2 in time for Friday screenings of “Godzilla vs. Kong.”

“Godzilla vs. Kong” is making its way to the big and small screen after a kerfuffle between the film’s financial backers. Legendary, the production company behind “Godzilla vs. Kong,” threatened to take legal action over Warner Bros.’ decision to send its entire 2021 slate to HBO Max on the same day that movies premiere in theaters. The two companies have since hashed out an understanding. Legendary is distributing “Godzilla vs. Kong” in China, while Warner Bros. is handing the rollout elsewhere.

The film is the fourth entry in the MonsterVerse, a franchise populated by 2014’s “Godzilla,” 2017’s “Kong: Skull Island” and 2019’s “Godzilla: King of the Monsters.” Alexander Skarsgard, Millie Bobby Brown, Rebecca Hall and Brian Tyree Henry star in “Godzilla vs. Kong,” which pits the titans against each other in a clash for the ages.

The movie has generated generally positive reviews (the same cannot be said about the 2019 “Godzilla: King of the Monsters”). It has a Rotten Tomatoes rating of 80%, based on 93 reviews. Variety’s chief film critic Peter Debruge recommended audiences see it on the biggest screen possible.

“Just because Warner Bros. is treating the adversaries as bona fide A-listers doesn’t mean the rock-’em-sock-’em extravaganza amounts to anything more than a dumb-fun B-movie. Nor should it,” Debruge wrote. “Considering the havoc a microscopic virus has wreaked on the past year, being caught between two 400-foot titans doesn’t seem so bad.”

‘Godzilla vs. Kong’: Which of our big boys has the power to win?

Part of the beauty of cinema lies in how it allows us to reflect on the most vital questions of our time — namely, if a nuclear-radiated sea monster could pummel a big gorilla, or whether that massive ape might just be the true prehistoric god-king of the earth.

Such weighty questions require careful thought, the sort that inspired the Renaissance greats to carve thinking men out of stone. One might recall these chiseled figures upon watching Alexander Skarsgard emphatically state in the “Godzilla vs. Kong” trailer, “This is our only chance. We have to take it. We need Kong. The world needs him.”

But does the world truly need Kong? Does he stand a chance against Godzilla? Before we “let them fight,” as Ken Watanabe so dramatically uttered in 2014′s “Godzilla,” join us in admiring (and scorning) these two big boys as we make the case for which gargantuan creature should reign supreme. Their epic brawl premieres Wednesday in theaters and on HBO Max.

Godzilla, our nuclear breath-firing destroyer
Off the bat, you have to acknowledge that Godzilla looks cooler and meaner.

But what is he? Or she? Is it a big lizard? A dinosaur-human hybrid? Well, technically it’s a kaiju, which translates from Japanese as “strange beast.”

Sure, the atomic-breather of old was nothing more than an actor in a rubber body suit. But the lore of what Godzilla stands for means more than any large gorilla.

The mythical monster was created as a stand-in for the fear and terror of the nuclear weapons that devastated Japanese society. Since appearing in 1954, the creature has inspired tales ranging from 1968′s monster tag-teaming “Destroy All Monsters” to the brilliant 2016 political satire “Shin Godzilla,” which brought the threat of nuclear peril to the modern day with the 2011 Fukushima Daiichi disaster.

Godzilla’s depictions have spanned the globe for decades, from novels to video games. But let’s get down to the tale of the tape.

In this film canon — which began seven years ago and includes 2017′s “Kong: Skull Island” and 2019′s “Godzilla: King of the Monsters” — we’ve seen our large lad vanquish its enemy by prying open its mouth and spitting pure nuclear energy down its throat and disintegrate two of Ghidorah’s three heads while chewing on the third like a squeaky toy before obliterating it for fun. And that’s just for starters.

So for this newest round, in one corner, there is a prehistoric monster that roams the land and sea who can fire off beams of nuclear energy from its mouth and has regenerative powers that allow it to swat away human weaponry like flies. Cloaked in scales, it also has an unmistakable, anguishing roar that lets you know it’s about to go down.

In the other corner, you have a big, chest-thumping gorilla who gets very easily distracted by a pretty lady.

Kong, the primate to rule them all
If “Tom and Jerry” taught us anything — the cartoon, not that ridiculous new movie with Colin Jost — it’s that size doesn’t count for everything. Speed and agility are underrated players here. If Jerry the mouse can trip Tom by tying his legs together with a string, what’s to stop Kong from doing the same with a vine from stinky Skull Island?

For those who believe size does matter, consider that Kong appears to now be the same height as Godzilla. It’s unclear what led to his practically tripling in size — perhaps it’s that he was an “adolescent” the last time we saw him, per “Godzilla vs. Kong” writer Michael Dougherty — but facts are facts, and our boy could make a killing hawking monster PediaSure.

To address the obvious: Yes, Godzilla can blast atomic breath. But Kong is showing up to the ring with his very own Mjolnir: an ax that seems able to harness the nuclear fire as Thor’s hammer does lightning (or, at the very least, that can deflect it). We’ve established Kong’s agility, but it must also be said that he has the smarts to strategize. Godzilla, on the other hand, is quite literally operating with a lizard brain.

Not to crib from Jay-Z’s heinous verse on “Monster,” but an appeal for Kong is also an appeal for love. He simply does not get enough of it. We saw the kindness in his eyes when Tom Hiddleston and Brie Larson’s characters encountered him up close in “Skull Island,” and the latest MonsterVerse film embraces that trait. It introduces a story line where Kong essentially joins Rebecca Hall’s anthropological linguist character in bonding with and vowing to protect her adopted daughter, the last surviving member of the indigenous tribe that shared the island with him.

Kong is the more empathetic figure, and that goes a long way in Hollywood. He bows to no one, nor should he. Apart from Warlord the antagonist in this film is Drug Lord 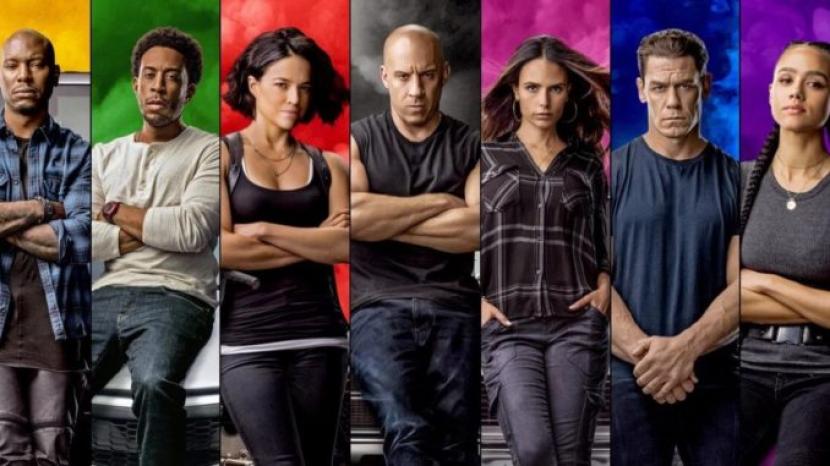 - The Fast & Furious 9 or Quick 9 arrangement got one of the movies that were deferred in discharge a year ago. A few movies were at last delivered streaming 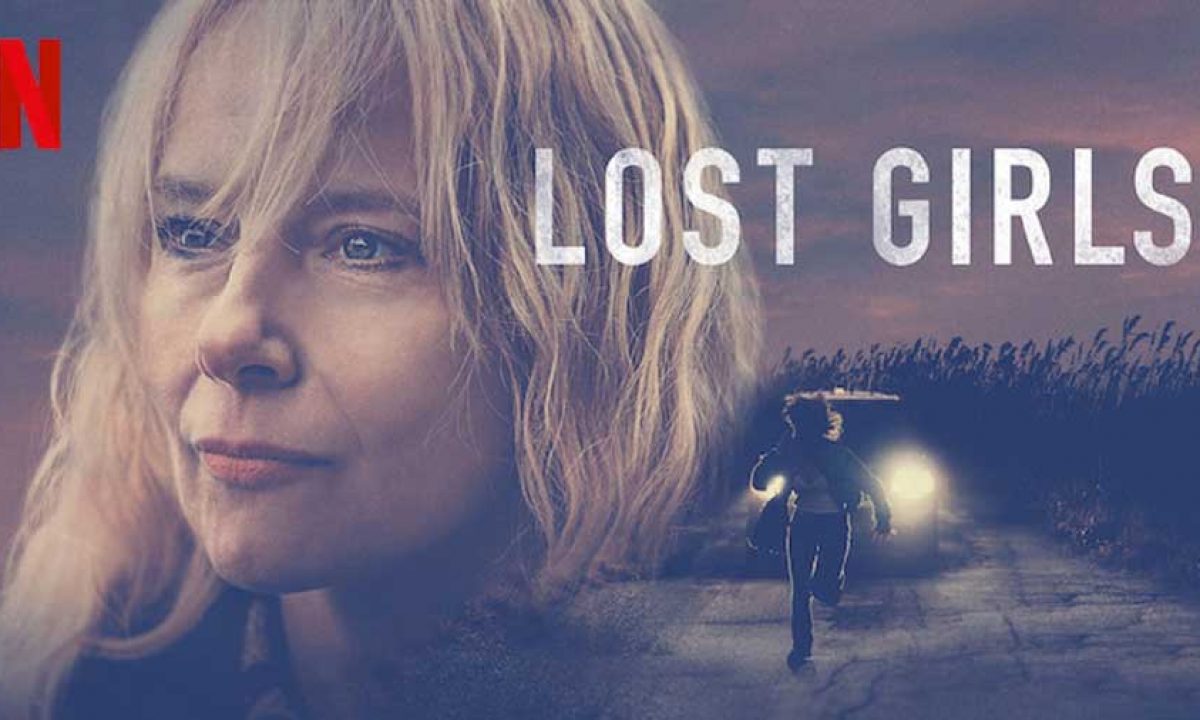 - From the beginning to the end of the film, Lost Girls grips the audience with a story that is wrapped in dark and cynical nuances.