Capricorn 29, the new micro movie musical from off-Broadway’s The Tank, is a dystopian look at what happens to unproductive 30-year-olds in a future world where age-based milestones are scary prospects. The unique show is the brainchild of Alex Hare and Julia Izumi (Hare pulls triple duty as the director and co-editor). Kalyne Coleman, Brendan George and Lindsey Steinert star in the show, which is billed as a “hallucinatory YouTube wormhole,” and Laura Galindo, Daniel & Patrick Lazour, Stompcat, and Storm Thomas provide original songs.

Audiences can stream Capricorn 29, which is co-presented with Post Theatrical, at any time before June 16. Tickets are “pay-what-you-can,” ranging in price from $10 to $100.

Recently Hare exchanged emails with Hollywood Soapbox about the new show. He is a New York City theater director focused on new musicals and musical-based storytelling, according to his official biography. His assistant credits include School of Rock, Side Show and Emma. Questions and answers have been slightly edited for style.

Where did the idea for Capricorn 29 first come from?

I turned 30 at the very end of December 2020 (yes, I’m a Capricorn…), and I spent my ’29th year’ watching a lot of mindless action movies, spending too much time on YouTube, teaching and tutoring virtually, reading about anti-capitalism, and reflecting on my own complacency — in my politics, in my understanding of career success, and other areas of my life. The last time I had undergone that kind of ‘awakening’ was right after graduating college, but there’s a vast difference between the recognition at age 22 that ‘the world is messed up and I want to do better than what I’m seeing around me!’ and the realization at age 29 that ‘the world is messed up and I’ve contributed to it — I’ve wanted the things I was told to want and ignored the things that were convenient to ignore.’

In light of that, renegotiating my relationship to ego has felt necessary but also challenging, especially since artists probably need a little ego in order to believe the things they make have value. The idea for Capricorn 29, then, was to create some juicy container for a 29-year-old character’s journey, one in which she attempts to escape the jealousy, competition, ego anxiety, and inadequacy she feels as she nears 30 but finds it’s easier said than done.

And then, when Julia Izumi (co-writer) came on board, we dove headfirst into the form of a YouTube rabbit hole, which we hoped would feel tailor-made for a digital narrative project. That opened up a lot of room for silly vlogger cameos, beloved memes, music video sequences, chaotic editing and more.

Are the feelings shared in the show — of being successful by the age of 30 — feelings that you encountered in life?

Of course, and I think it can be hard to untangle how much of that comes from plain old fear of death vs. a capitalist urgency to prove that you can beat back your competitors and make money for someone else. Impatience permeates every part of our lives, some of which is biological and some just cultural/economic. It’s hard to resist the pull of that time pressure as the theatre industry in NYC re-opens. I fear a general sentiment of ‘making up for lost time’ and the choices that may ensue. I hope we can be patient with ourselves and each other instead of accelerating back into a competition mindset.

What do you hope the message is for those in the audience who might be having similar experiences?

The main character, who we call The User, hears so much advice about turning 30 from the various vloggers she watches that I’m loathe to pile on! Especially because I’m 30 and a mess, too. As we worked on the project, though, we were considering the question, how can we recalibrate our relationship to aging in a way that’s healthier, anti-capitalist and community-minded? I’m a believer in collective achievement, and lately I’ve attempted to prioritize that over self-gratification (including on this project, which is the work of over 30 terrific artists in a variety of fields working remotely). But the part of me that fixates on personal ambition hasn’t gone away, and therein lies the dilemma I suppose.

How did you have all this music, from different composers and musicians, work into the overall narrative of the show?

The original assignment for each of the five composer/lyricists was to write a song about a famous person who experienced something life-changing at age 29 (Edward Snowden became a whistleblower, Buddha left the palace and set off on a path toward enlightenment, Fran from The Nanny became The Nanny, etc). That was a more ‘song cycle’ version of the project, but with their dramaturgical insights, plus the addition of Julia as co-writer, we developed a more through-line narrative centered around The User.

From there, it was about playing matchmaker between songwriter and story beat: For example, Laura Galindo and I discussed wanting an Adrianne Lenker/Phoebe Bridgers sound for one melancholy montage, while the sardonic electronica style of STOMPCAT felt right for the so-called escape sequence. And then, because the songs were finished before the script, they informed the last revisions we made. I think the final songs (mixed and mastered by Robin Buyer) came out beautifully and tell a lot of the story for us.

Is it your hope to have an in-person production of the musical one day, or was this solely made for the streaming format?

It lives online! You may freely ignore the usual advice about the ideal way to experience movies — watch it on your phone on the subway, watch it at 2 a.m. on your laptop in bed, watch it instead of re-watching your favorite YouTube videos for the 20th time.

When did you first fall in love with theater?

Elementary school assemblies. Memorable ones included a D.A.R.E. puppet show about a baseball player who was juicing and a one-man show about George Gershwin in which the actor convinced me he actually was Gershwin, until the final reveal (‘I died in 1937’) left me feeling shocked and betrayed. Maybe he was that good, or maybe I was just 7.

- With an end to the pandemic (hopefully) in sight, the movie industry is looking toward the future. Movie theaters were hit hard by COVID-19 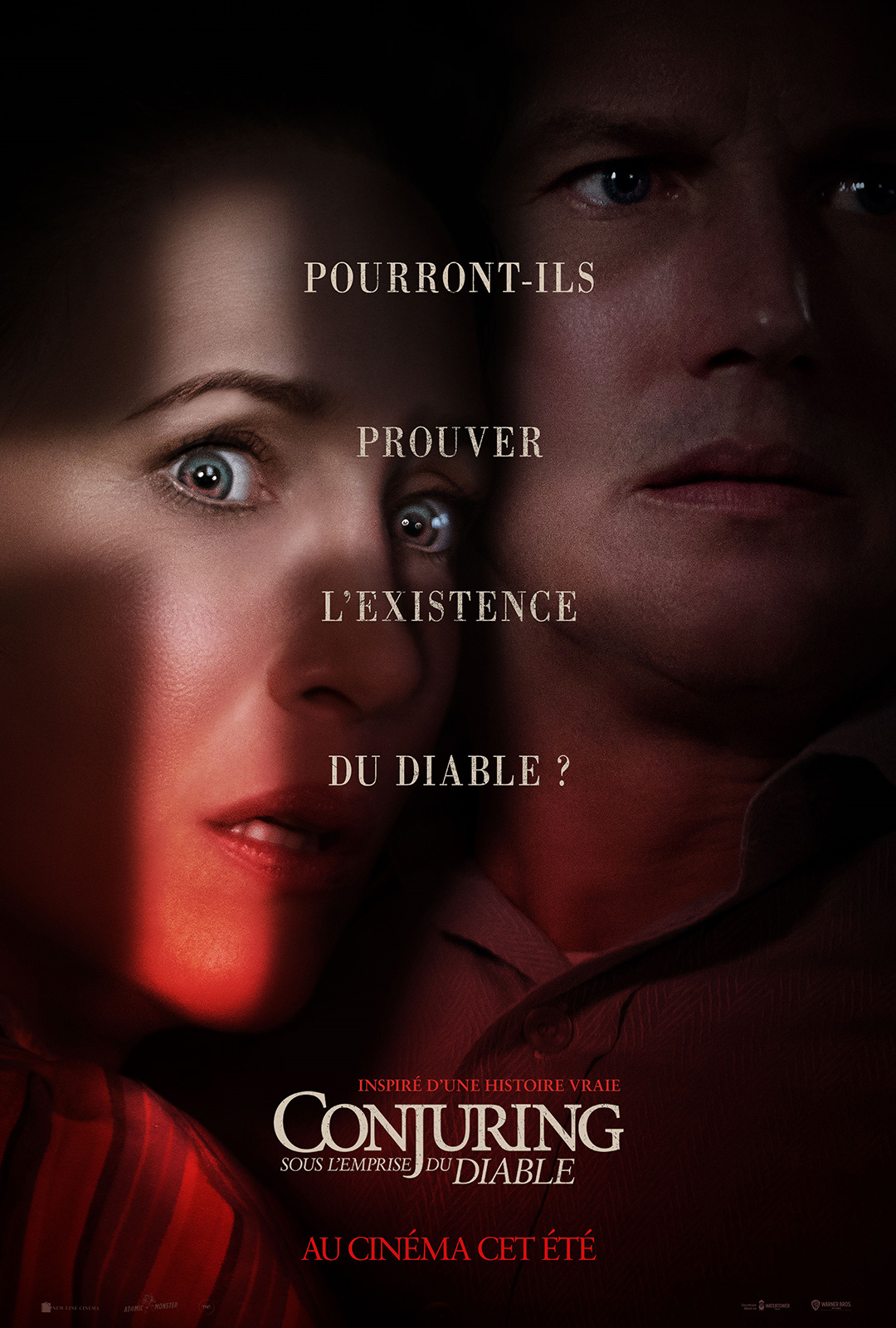 Chronology of Real Cases in The Conjuring 3, The Devil Made Me Do It and Synopsis