Some Thoughts on Education


Amid all the partisan bickering and rhetoric that characterizes most any subject of national interest, there exist several broad reaching education goals that bridge the ideological divides, for both lawmakers and parents. We all want better, more effective teachers. We all desire our public schools to graduate high school students with some competency in the basics - reading, writing and mathematics. We all want and expect some accountability on the part of teachers and school districts to actually deliver on education. We all want our higher education institutions to prepare their students to compete on the world stage, and more basically to be prepared to succeed in their chosen field of work. And, importantly, we want to instill the values of good citizenship and understanding of our history and culture.

With each of these common goals, though, differences in how to achieve them - as well as how they are defined - varies from minor to very major. Most notable, I think, are the differences concerning our history, culture and what defines a good citizen - and the role education plays in these areas.

In 1693, John Locke wrote a piece entitled "Some Thoughts Concerning Education", where he defined the goals in educating the 'upper class boys' of producing moral, rationally-thinking and reflective young gentlemen. In 1697, he wrote about educating the masses in "Working Schools", promoting the importance of developing a work ethic. A bifurcated approach to education was common for much of the following century as well.

Today, the public schools educate the vast majority of us and the k-12 curriculum varies little from Maine to New Mexico. Perhaps our modern day counterpart to John Locke's dual system would be a technical or other career school education versus a university liberal arts program. Though, for the most part, at every level of education, you would find absent much in the way of moral teachings or a focus on the importance of a work ethic.

Through the late eighteen hundreds to pre-World War II times, teaching was one of just a few career paths for women, and one of very few professional pursuits available to women. As a result, it attracted mostly the best, due to competition for those posts. When I went to college in the early seventies, those students who couldn't quite make it in any other major shifted to a major in education, as it was the easiest and had the least difficult required coursework.

As I was going through elementary school, my mom was a major support to my education. My assignments would be reviewed, my papers checked before and after submission, and tests were often prepared for together. While I know my mom was exceptional in the degree of her involvement, my friends mom's were also interested and involved. They monitored our progress, and they monitored the schools through the P.T.A. Our classes were large, multimedia meant different colors of chalk, and our school facilities were basic - yet we learned.

Growing up in those days meant near universal church attendance and very significant participation in the likes of Boy Scouts, Girl Scouts, the YMCA, or 4-H or FFA, all contributing to our moral and civic education to some degree or another.

Today, in most intact two parent households, both parents work. And an alarmingly large percentage of kids grow up with only one parent. Both situations usually result in less parent involvement in education. And involvement in the above-named groups has also suffered, competing with television, Facebook and video games.

Taken as a whole, our societal changes have effectively elevated the importance of our public schools in the development of our children. The impact of the hours our students spend in these schools has grown. Unfortunately, in many families and for many students, school represents the central and fundamental building block in their development as future working (or non-working) adults and citizens. Thus our focus on, and understanding of what our schools are teaching, is critically important.

In 1916, John Dewey (yeah, the decimal guy) penned a piece entitled "Democracy and Education", which served as a catalyst for advancing the ideas of the progressive movement, which was being amply championed by Woodrow Wilson and friends. Through his writing, he was seeking to make schools more effective agents of 'democracy'. It was from this point forward that we witness the academics rewriting our history, our schools painting our values of self-reliance and self-government as ill conceived, and forwarding concepts such as economic and social justice - to right the wrongs of America and the evils of capitalism.

The past several decades our schools have expanded on these themes, and have interlaced and often twisted issues such as civil rights, the environment, cultural diversity and global warming to fit their prevailing world view - of America as oppressor and exploiter, equal outcomes over equal opportunity, secularism over Judeo Christian values, and rights of the collective subservient to the rights of the individual. Class, gender, sexual preference, and racial or cultural differences have been emphasized and elevated in education - resulting in hyphenated and divided groups, and replacing the history of America as a melting pot - a people united by shared values and American ideals.

In short, our public schools today don't teach or value the traditional American way. And since the exposure of our children to other positive formative experiences and influences are often missing or lacking, we are in a world of hurt.

But, the moral and cultural aspects of education aren't the only casualties of our public schools. Basic education is as well. Since the 1960s, we have seen most key measures of competence declining. Math, reading, writing, history, social studies and geography have all suffered. Of the 74.9% (2007-08 data) of those who do graduate from high school, many can't make change, can't read at an eighth grade level, and couldn't name the three branches of government, let alone understand the meaning and beauty of our Constitution.

Are we asking too much of our schools? Probably, but the gap between the ask and the result is of Grand Canyon scale.

Is our problem the teachers? Certainly this is where the rubber meets the road, and a critical factor. Here I'm sure many would fault teacher compensation. Realistically, I think its very safe to say that some teachers are underpaid, but I would bet that a large percentage are overpaid based on their effectiveness. None of us want underpaid teachers and I think most of us would be willing to pay really good teachers whatever they deserve, their true worth. Of course, the hard part is separating the good from the marginal and the bad, ridding ourselves of the bad and working our way up from marginal to exceptional. Here, the key roadblock is the teachers unions and their rules.

Among the teachers unions, the NEA is the behemoth organization, and is, in fact, the largest professional organization and largest labor union in the U.S., with over 3.2 million members. It has a staff of over 550 and a budget of some $307 million (2006-07). Besides what I think are the known criticisms of this group regarding stances on merit pay, charter schools, home schooling opposition, school vouchers, tenure and impediments to dismissing under-performing teachers, lies another equally problematic issue, that being their ideological and political leanings and advocacy.

It is this latter area that speaks to the curriculum taught in our schools, which in turn defines the output - simply what and how our kids think as they exit the system.

If you look to the organizations the NEA aligns itself with, and supports financially and otherwise, the following entities are high on their giving and influence list: The Center for American Progress, Media Matters, ACORN (before their demise), the National Council of LaRaza, The Tides Foundation and Amnesty International. You may note a common interest among several of these groups and George Soros. None of these organizations, nor Mr. Soros, hold America in much esteem. Their values are actually near polar opposites to those espoused by the Founders. And what our public schools teach reflects their views and outlook. Seems like a recipe for disaster for the Republic so many of us hold dear.

I wish I could offer up some silver bullets to change the course of public education in America, I can't. How to unravel some of these unholy alliances, I don't know. Fixing the textbooks and what is taught is a huge challenge, and again no easy answers. Retaining great teachers and firing the inept - that should be easy, but its not.

I believe it was in 1959 that Wisconsin (an historic stronghold of progressives) became the first state to allow collective bargaining and unions for public sector workers, and so the onslaught began. This was a major turning point for our country. The NEA (and other public sector unions) support the politicians that support them and their agenda, and then the legislators enact laws to strengthen the unions and provide funding to support their causes. The new circle of life in America - and education 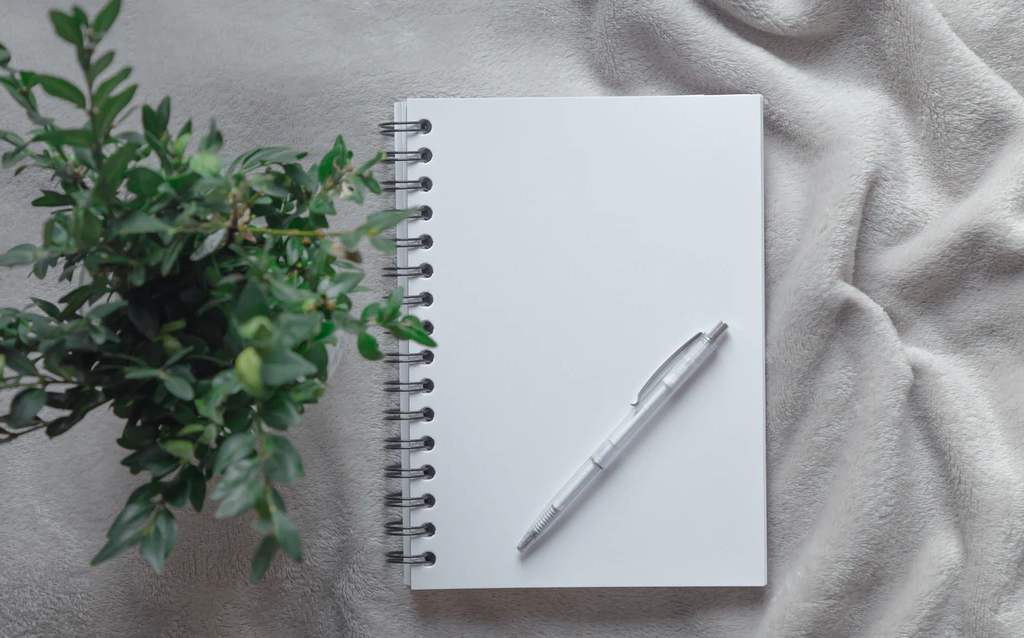 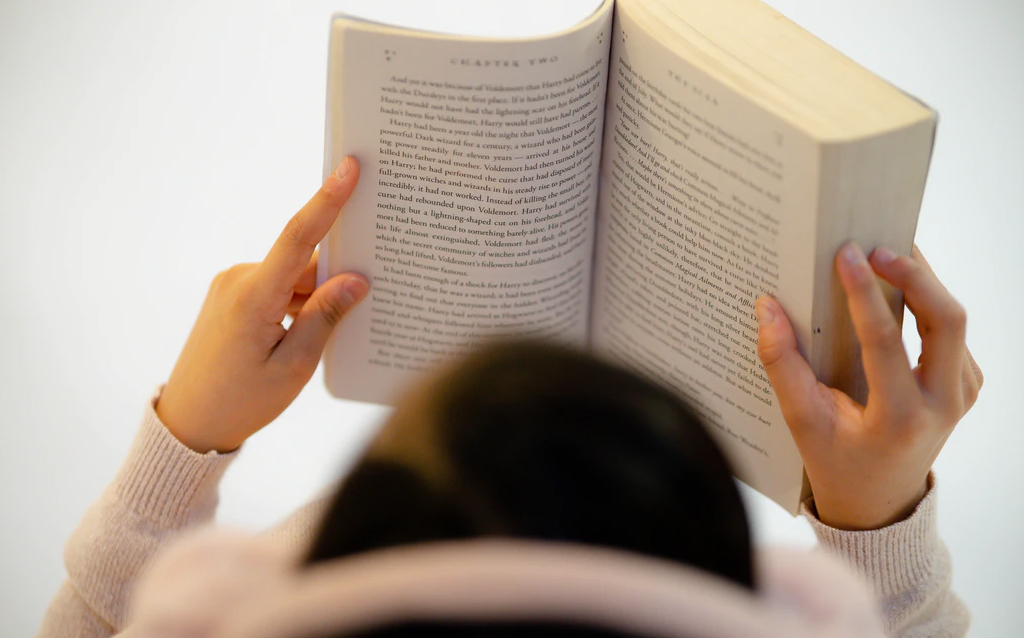 How To Prepare And Pass Your ISC2 CISSP Exam

Tips and Tricks For An Effective CertNexus CFR-310 Exam Preparation

- Vision and inspection systems are also known as machine vision systems. The Abeka homeschool curriculum is among the most widely