His way of story telling is amazing. In the present book he has covered hundred


Dr Alexis Carrel (1873-1944) was one of the noblest souls who firmly declared that the prayer is the most powerful tool to generate energy.

He said that the Prayer is one of the most powerful forms of energy man can generate. He also explained that "Man offers himself to God. He stands before Him like the canvas before the painter or the marble before the sculptor. At the same time he asks for His Grace, expresses his needs and those of his brothers in suffering. Such a type of prayer demands complete renovation".

After this great Nobel laureate here comes Andrew Newberg, a neuroscientist who confirms that thinking about God definitely changes your brain for good!

In his best-selling book authored along with Mark Robert Waldman he reveals that irrespective of your religious belief, the very thought of God makes you efficient.

The book consist of three interesting sections namely Religion and the human brain, Neural evolution and God and Transforming your inner reality.

He explains the God circuit in our brain thus: "From early childhood on, God exists in every person's brain as a combination of ideas, images, feelings, sensations and self/other relationships".

How the neural structure and circuits such as occipital-parietal circuit, parietal-factional circuit, frontal lobe, thalamus, amygdala striatum anterior cingulate respectively identifies God, establishes the relationship between man/woman with God, creates and integrates all of our ideas about God, gives emotional meanings to our concepts of God, creates the emotional impression of authoritative God, allows to feel safe in the presence of God, allows us to experience God were all beautifully explained in simple terms without any complicated scientific jargon.

The book in 348 pages consists of ten chapters in total.

Andrew Newberg is the director of the Center for Spirituality and the Mind at the University of Pennsylvania. Mark Robert Waldman is an associate fellow in the same center.

Various experiments are narrated in a lucid style and make a compelling reading!

What is Andrew's final conclusion about God? The more you explore God, the more mysterious he becomes! Science according to him can however help expose some of the ways we think and feel about God and that can help everybody broad one's personal beliefs.

It is very interesting to note that Hindu, Islam, Christianity, Buddha, Jain, Jew whatever be the religion you practice, the thought of God activates our brain for good!

The humanity owes much to Andrew and Mark for their timely book that helps to reinforce one's faith in God!

All spiritual inclined persons and public in general should read this book without fail to make the world a better place. Because the authors confirm that the faith in God brings you compassion that is the need of the hour.

I salute Andrew Newberg and Mark Robert Waldman for their excellent contribution to the humanity. Perhaps it may be the will of God that they should inspire themselves and inspire others!

Book lovers who read this book will join me in congratulating the authors by saying," After Alexis Carrel, here comes Andrew Newberg and Mark!"

S. Nagarajan has written more than 3000 articles in Tamil in 18 magazines and published 52 books. He is revealing Eastern Secret Wisdom through T.V. Programmes, magazine articles, seminars, courses. He has covered various subjects in his wide range of articles which include Mantras, Yantras, Yoga, Meditation, Astrology, Astronomy, Space Science, Science and Spirituality, Hollywood cinema, Womens' progress, Aura, Significance of Colours, Reincarnation, Divine Geometry, Power of Prayer etc As an ardent seeker of Truth, he has collected scientific experiments on mantras, mind, Auto suggestion etc He has written hundred articles in EzineArticles.com so far. He reviews the best books also regularly for the benefit of book lovers.

All our civilization is based on invention; before invention, men lived on fruits and nuts and pine cones and slept in caves" so said Reginald Fessenden. So who would not be interested in knowing the development of civilization? Here is a book towards that goal!

The book under review titled 100 Greatest Inventions of All Time is worth reading by all. The author Kendall Haven is a senior research scientist turned author. He has written more than 30 books.

His way of story telling is amazing. In the present book he has covered hundred great inventions spreading over a period from 25 B.C. to 1996.

Each chapter begins with two questions: What is it and Who invented it? After answering these two questions, he is reasoning out as to why this inventions is one of the 100 greatest.

In the History of Invention, we come to know what people did before the invention. Then comes the main story, How that particular invention was invented. In a lucid style he is giving the full details so that anybody could understand the facts very simply. After the invention, what happens in the world? This is quite a natural question that will arise in the mind of every reader. The author gives the details so that we could understand how world is a better place after the invention was put into use.

At the end of the each chapter a number of reference books are given so that interested readers could benefit by reading those books.

The anecdotes spread over throughout the book makes one to read the book at a stretch.

There is a tailpiece also titled Fun Fact for each and every chapter.

We come to know about hundreds of scientists,engineers and others who were behind these great inventions.

There are four interesting appendix giving the List of Inventors, Inventions by Branch of Science, The next 40 inventions to research and reference sources.

Science Teachers, students, knowledge seekers who would like to enter into the amazing world of inventions should read this book without fail.

The author may write a separate book covering the anecdotes alone to reach millions of science readers.

S. Nagarajan has written more than 3000 articles in Tamil in 18 magazines and published 19 books. He is revealing Eastern Secret Wisdom through T.V. Programmes, magazine articles, seminars, courses. He has covered various subjects in his wide range of articles which include Mantras, Yantras, Yoga, Meditation, Astrology, Astronomy, Space Science, Science and Spirituality, Hollywood cinema, Womens' progress, Aura, Significance of Colours, Reincarnation, Divine Geometry, Power of Prayer etc As an ardent seeker of Truth, he has collected scientific experiments on mantras, mind, Auto suggestion etc He has written hundred articles in EzineArticles.com so far. 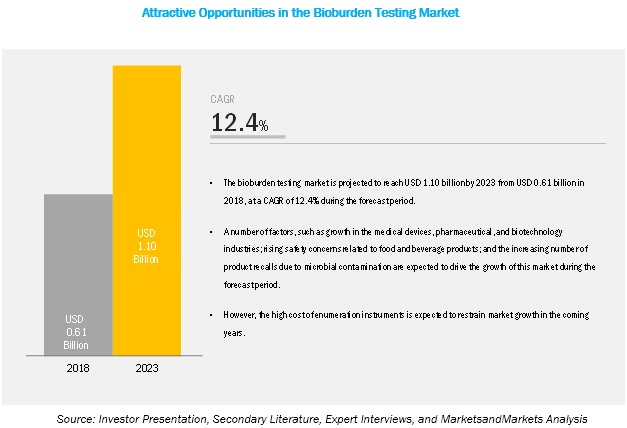 - One of the fastest paths to cash is by picking up the phone as part of your follow up strategy.

- India Herbal Personal Care Products Market is expected to reach the market valuation of USD 5.2 billion by 2027 expanding at a reasonable CAGR of 9.3&#37;

The macro environment, on the other hand, is a diverse umbrella which is concerned?

- What is the overall macro and micro environment in which the company operates and what factors coming from the environment can affect your line of business?