Top sports surgeon: There comes a point where you have to take action to protect people


Bill Ribbans' clinic in Northampton is adorned with memories of a 40-year career as one of Britain's leading sports surgeons.

Photographs on the wall include a signed picture with Michael Schumacher, whom he operated on when the German broke his tibia and fibula following a high-speed crash.

"There's a serious amount of pressure involved when you're operating on someone of that level," Dr Ribbans said. "I would have bankrupted the hospital had it gone wrong."

Thankfully, he performed the procedure without hiccup and a grateful Schumacher invited him and his wife to the following year's British Grand Prix at Silverstone.

He has offered surgical or medical care to a number of Olympic stars including Usain Bolt and London 2012 champions Greg Rutherford and Jessica Ennis-Hill. There are also signed photographs and shirts from former England rugby captain Martin Johnson and fellow player Matt Dawson.

It is those he has cared for in rugby, his favourite sport, that Dr Ribbans has been thinking about most often recently. He was a doctor for the England team and his local club Northampton Saints, and has treated many of the game's stars.

Over the past month, a number of former players in their 30s and 40s have revealed diagnoses of early onset dementia - a result, they believe, of head injuries sustained during their rugby careers.

Dr Ribbans, who works for the NHS and at his own private practice, would have personally treated Steve Thompson, who won the World Cup with England in 2003, during his time as team doctor for Northampton.

Thompson, 42, cannot remember a single minute of the tournament in Australia due to early onset Alzheimer's, which he believes was caused by his rugby career and for which he holds the sport's governing bodies responsible. 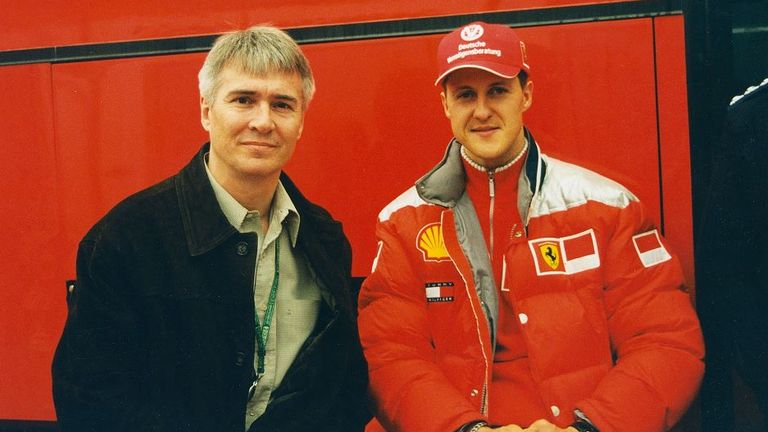 Dr Ribbans said it is tragic to hear of such suffering and he can understand why some players feel let down by the game. He said rugby turning professional in 1995 was hugely damaging to player welfare.

"Rugby was slow to adapt to the professional era and that includes the welfare," he said.

"An RFU audit showed the average weight increased by 20% which is an enormous change, it means increased power and increased speed, so the impacts were so much greater. Players were tackled more and the exposure to injury is so much greater."

There are nine players involved in a group action against World Rugby, Rugby Football Union and Wales Rugby Union over an alleged failure to protect them from the risks caused by concussions. The legal firm bringing the case has said a further 130 players have expressed an interest in joining the claim.

Dr Ribbans said that as a doctor who treated players for concussion he has spent a lot of time replaying how he conducted his work at the time.

"The risk of litigation is always there as a surgeon," he said. "That's why they're paid very well and you get some paying £100,000 a year out of their own pocket for insurance.

"You've got to be concerned - I think myself and other doctors who have been involved in rugby are trying to go back 20- to 25 years and thinking: 'Can we remember an incident we witnessed and were involved with?'

"I've done some very hard thinking and certainly do remember having to admit rugby players to my ward but think I behaved appropriately and correctly. Certainly nobody as far as I was concerned or witnessed was ever treated in a less than optimal way on the sidelines than they wouldn't have been treated in my casualty department.

"At the time the standard position was that if you had a concussion it was three weeks off but what we don't know about is all those small head injuries where the player may have had momentary symptoms and carried on. It was seen as a badge of honour to carry on and not let your mates down." 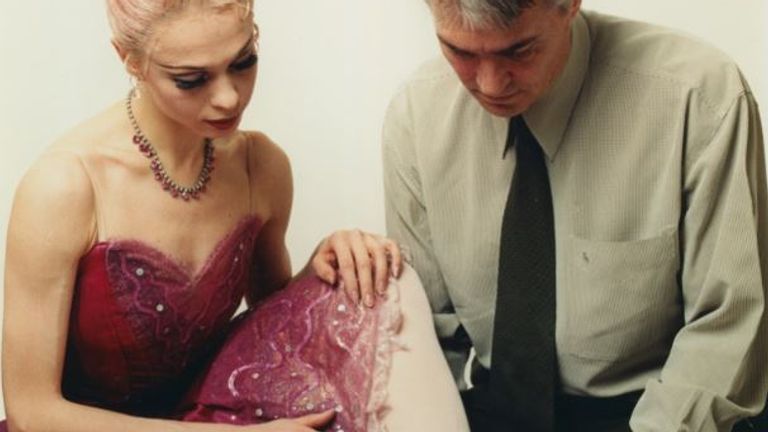 There are other areas of welfare in sport which concern Dr Ribbans, and many are detailed in a book he has written which provides "a surgeon's perspective from the sharp end of sport".

That includes what some believe is the abuse of painkillers in rugby. A Sky News investigation last year revealed one former professional player played a game while high on tramadol and a former England international told Sky News he inserted suppositories containing painkillers before every test match to mask the pain of collisions. He said the queue for the toilet would extend around the dressing room.

"I feel very strongly about the use and abuse of non steroidal anti-inflammatories whether they're tablets or suppositories," Dr Ribbans said. "You only have to look at what players have said to recognise it's a problem, about having to become their own pharmacies.

"I'm aware of at least one athlete whose chance of success has been torpedoed by painkillers."

On the issue of head injuries in rugby, World Rugby, the RFU and the WRU confirmed they had received a letter of claim from solicitors representing the nine players and are considering its contents.

"We have been deeply saddened to hear the brave personal accounts from former players," read a joint statement. "Rugby is a contact sport and while there is an element of risk to playing any sport, rugby takes player welfare extremely seriously and it continues to be our number one priority."

Dr Ribbans said changes to the game - such as a ban on tactical substitutions - need to happen urgently.

"Clearly everybody wants evidence very quickly but this can take several decades because you have to monitor young players developing," he said. "But there comes a point where anecdotal evidence accumulates and you have got to take action now to protect people."


Category :art-culture
Author Website : Top sports surgeon: There comes a point where you have to take action to protect people

Farmers Are Warming Up To The Fight Against Climate Change

- Farmers Are Warming Up To The Fight Against Climate Change