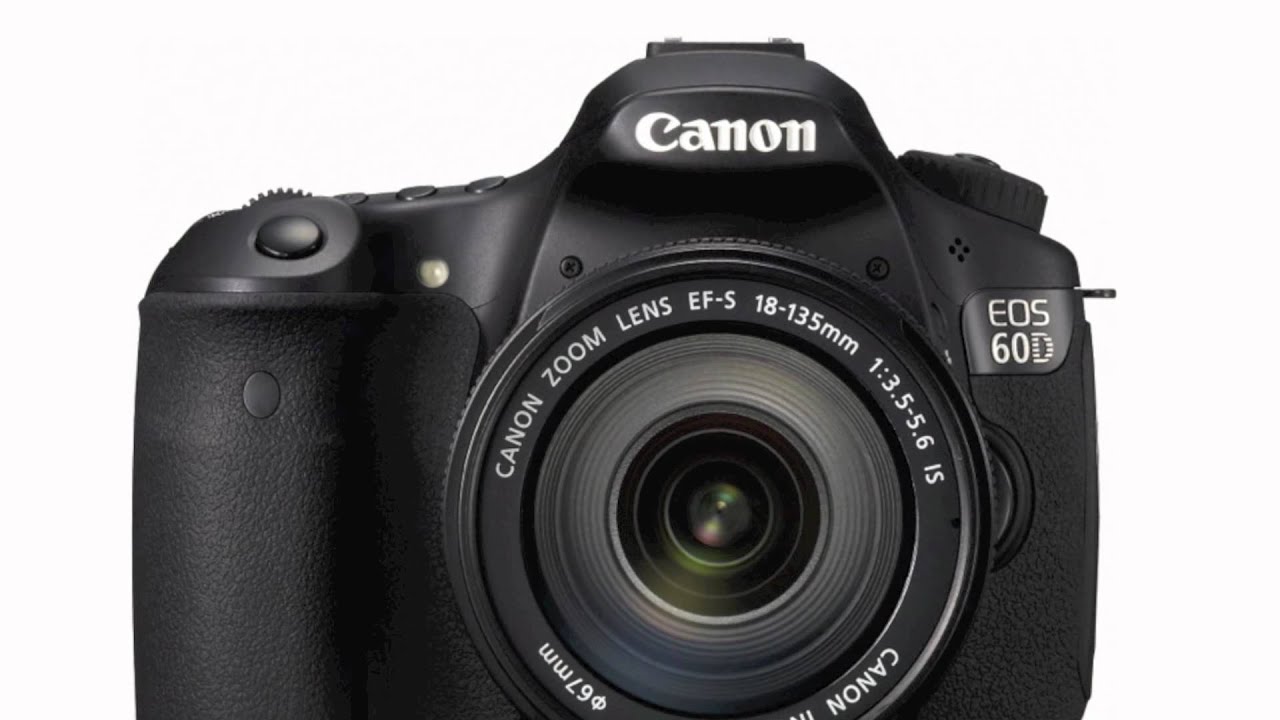 Firmware Version 1.1.2 incorporates the following fix:Corrects a phenomenon in which when using the camera with the EF-S 18-135mm f/3.5-5.6 IS USM or EF 70-300mm f/4-5.6 IS II USM lens, even if lens aberration correction is set to ""Enable"", correction will not be applied.Firmware Version 1.1.2 is for cameras with firmware up to Version 1.1.1. If the camera's firmware is already Version 1.1.2, it is not necessary to update the firmware.When updating the firmware of the camera, please review the instructions thoroughly before you download the firmware.Q&A:Preparations for a firmware update:After the downloaded compressed file (.zip file) is extracted, a firmware folder is created.*Extracting the downloaded file: Right-click the zip file, and then select Extract All to extract the file. The extracted folder contains the firmware (File name: 60D00112.FIR, File size: 11,601,212 bytes) and instructions on the firmware update procedures (a PDF file in five languages: Japanese, English, French, Spanish, and Simplified Chinese). Before starting the firmware update operations, please confirm the contents of the download, and carefully read through the firmware update procedures. (The following is the history of past firmware updates)Q: Are the improvements from previous firmware versions included in Firmware Version 1.1.2?A: Yes, the following improvements from the previous version are included:(Previous) Version 1.1.1 improvements:1. Fixes a phenomenon where the camera's serial number that is displayed in the shooting information of the image does not display the correct serial number. *1)2. Corrects errors in the Greek, Italian, and Portuguese menu screens.*1) If the camera's serial number is 2147483648 or higher and the camera firmware is Version 1.1.0 or earlier, the images captured with the camera will be affected by the phenomenon listed in 1. above.This phenomenon only affects the EOS 60D, and does not affect the EOS 60Da. Both of these cameras are equipped with the same firmware. To obtain the serial number correctly in the shooting information of images that are already captured using the old firmware, we are preparing updates for Digital Photo Professional and ZoomBrowser EX / ImageBrowser applications.Once the software updates are ready, we will make an announcement on our Web site. (Previous) Version 1.1.0 improvements:1. Fixes a phenomenon where the wireless built-in flash settings are reset to defaults when the battery is removed from the camera. 2. Fixes an intermittent phenomenon where image-rotation information is not recognized correctly when shooting with the camera in the vertical position depending on the timing of the shutter release. (Previous) Version 1.0.9 improvements:1. Changes the name of the feature called ""Art Filters"" to ""Creative Filters"" (which is used in markets other than Japan) in the Japanese version to make the terms consistent. (This change only applies to the Japanese version and does not apply to other language versions.)2. Fixes a phenomenon where the camera may operate abnormally when it is set to Quick Mode AF during Live View shooting immediately after capturing an image with the C.Fn II-1 Long exposure noise reduction setting set to [2: On] and a shutter speed setting of 5 seconds or more. 3. Fixes a phenomenon where the camera may operate abnormally when after Live View shooting, the remote switch on the EOS Utility screen is pressed to immediately start movie-shooting. This phenomenon only occurs when the camera is connected to a compatible personal computer and the Remote Live View function of EOS Utility software is being used.(Previous) Version 1.0.8 improvements:1. Fixes a phenomenon where captured images may become overexposed when using the camera's built-in flash or an external Speedlite in combination with the lenses listed below.a) EF300/4 L IS USMb) EF28-135/3.5-5.6 IS USMc) EF75-300/4-5.6 IS USMd) EF100-400/4.5-5.6 L IS USM

All software, programs (including but not limited to drivers), files, documents, manuals, instructions or any other materials (collectively, “Content”) are made available on this site on an "as is" basis.

Canon Marketing (Malaysia) Sdn Bhd. and its affiliate companies (“Canon”) make no guarantee of any kind with regard to the Content, expressly disclaims all warranties, expressed or implied (including, without limitation, implied warranties of merchantability, fitness for a particular purpose and non-infringement) and shall not be responsible for updating, correcting or supporting the Content.

Canon reserves all relevant title, ownership and intellectual property rights in the Content. You may download and use the Content solely for your personal, non-commercial use and at your own risks. Canon shall not be held liable for any damages whatsoever in connection with the Content, (including, without limitation, indirect, consequential, exemplary or incidental damages).

You shall not distribute, assign, license, sell, rent, broadcast, transmit, publish or transfer the Content to any other party. You shall also not (and shall not let others) reproduce, modify, reformat or create derivative works from the Content, in whole or in part.

You agree not to send or bring the Content out of the country/region where you originally obtained it to other countries/regions without any required authorization of the applicable governments and/or in violation of any laws, restrictions and regulations.

Canon has released a firmware update for its EOS 60D mid-level DSLR. Firmware v1.0.9 fixes bugs relating to Live View shooting in specific conditions. The latest version also changes name of the Art Filter feature in the Japanese market to Creative Filters keeping it consistent across all regions. The firmware is available for immediate download from the company's website.

These macro photos of clouds of paint billowing through clear water might look like high-quality CGI, but they're real photographs. And photographer Alberto Seveso told us how they were made.

The Panasonic Lumix DC-S1R is the company's 47MP high-res full-frame mirrorless camera. Having reviewed the 24MP S1, we are progressing with the S1R and have taken a preliminary look at its video capabilities.

The Canon RF 35mm F1.8 IS STM Macro is a lightweight, versatile lens for Canon's new EOS R system. Promising good close focus capabilities and built-in stabilization, is this the perfect lens for EOS R and RP shooters? Find out in our full review.

The Panasonic S1 is not only the best-built 24MP full-frame mirrorless camera on the market (though it is heavy), it keeps up with the best of its competitors in most respects. We've reviewed the S1 first, as we felt that this less expensive stills/video model will have broader appeal.

Canon's EOS Rebel SL3 / EOS 250D is the latest in the company's line of diminutive DSLRs. Despite its compact dimensions and fairly modest price, it has a modern sensor and produces great photographs - find out if it's right for you in our full review.

If you're looking for a high-quality camera, you don't need to spend a ton of cash, nor do you need to buy the latest and greatest new product on the market. In our latest buying guide we've selected some cameras that while they're a bit older, still offer a lot of bang for the buck.

Whether you're hitting the beach in the Northern Hemisphere or the ski slopes in the Southern, a rugged compact camera makes a great companion. In this buying guide we've taken a look at nine current models and chosen our favorites.

The fixed lens camera market may be a bit niche, but it's here that you'll find some of the best cameras you can buy. Sensors ranging from APS-C to full-frame are designed to match their lenses, which cover ranges from 28-75mm equivalent, so image quality is top-notch.

What's the best camera for under $500? These entry level cameras should be easy to use, offer good image quality and easily connect with a smartphone for sharing. In this buying guide we've rounded up all the current interchangeable lens cameras costing less than $500 and recommended the best.

Sony, Nikon and Panasonic all now make 24MP full frame mirrorless cameras, but each has its specific strengths. The best choice for you depends what you're planning to shoot (and which lenses you need).

The Samyang SP / Rokinon XP 35mm F1.2 is a big, fast, all-metal prime lens for Canon's EF mount. The ultra-fast aperture lets you not only blur backgrounds into buttery oblivion, but turns dim lighting into daylight for stills and video. Take a look at how it performs in our sample gallery.

You don't need to buy the latest and greatest camera to take amazing photos. Our newly updated 'best camera bargains' buying guide highlights some slightly older cameras that are still worth your consideration.

It's time for Jordan to buy a new phone, so he compares the cameras on the iPhone X, iPhone XR, and the Google Pixel 3a. Is the Google phone good enough to draw Jordan out of Apple's walled garden? Tune in to find out.

The Lumix S 24-105mm F4 Macro OIS is Panasonic's standard zoom and the current kit lens its L-mount cameras. We've been using this lens a lot lately and though it doesn't carry the 'Pro' designation - like Panasonic's other L-mount lenses - it's still a solid performer.

The Digital Holster 150 is a waist holster designed to hold a DSLR and attached super-telephoto or super-telephoto zoom lens. It features a top-loading design with plenty of pockets for lens filters, cleaning clothes and more.

Shares of quantum dot (QD) specialists Nanoco dropped after reports Apple has decided to stop the development of QD image sensors because the technology was too expensive for mass production.

Joshua Gross has meticulously rebuilt an old Polaroid SX-70 and turned it into a digital camera with the help of a Raspberry Pi computer, a fisheye lens, a little bit of wiring and a sizable chunk of programming.

A month after the the U.S. Department of Homeland Security (USDHS) sent out an alert statin

What to Expect from the Persona Franchise in 2021

- While its important to temper expectations, Personas 25th anniversary could bring some huge announcements from the past and future of Persona.

- Since Far Cry 6 has been delayed to some time after March 2021, theres a few options for the new release date, one more likely than the others.